How is AI helping Music Industry to deliver Chartbusters? 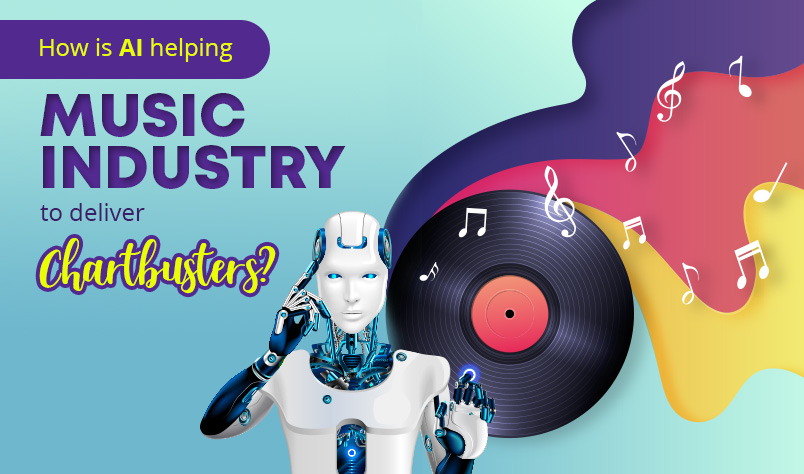 In this day and age, music has become a vital part of everybody’s life. It is something which lets people enjoy themselves. In addition, music helps those people to rejuvenate, who are upset because of something. This should be enough to understand why music is so important.

People of all ages are fond of some sort of music be it concerns retro, pop, jazz, or anything else. It is worth mentioning that millennial music lovers listen to their favorite songs most of the time. Some of them even play their liked songs before going to bed. You can expect such craziness from the youth.

The notable fact is that most of the movie makers take the help of good music to enjoy success at the box office.

If we specifically talk about the US, a long streak of holidays comes from the 25th of December to the 1st of January. Basically, it is the party time in the US, when people want chartbusters to be played at discos, pubs, etc.

The music industry also strives to leave no stone unturned to deliver trendsetting songs. For the very same reason, applications of artificial intelligence are being used.

American singer-songwriter, Taryn Southern released a single named ‘‘Break Free’’ in 2017, which is entirely produced by AI. After this, southern went one step forward and released an entire album purely based on artificial intelligence. Can you guess its name? Let it be, as the album’s name is, “I AM AI.”

Applications of artificial intelligence helping in creating trailblazing music are:

According to a report released by McKinsey, 70% of businesses are likely to adopt applications of artificial intelligence by 2030.

Here’s how AI is revolutionizing the music business:

1. Develops music comprises both emotion and the power of ML

Whenever it comes to the involvement of artificial intelligence, people often think about one space where AI takes the place of humans. However, this is never going to happen, as AI always aims at helping humans.

As far as the music industry is concerned, artificial intelligence is assisting musicians in a great way. However, that day is not too far when people will hop on machine-created music. Owing to the very same reason, Google is highly committed to AI music. Even, Google’s magenta project based on AI has written and performed some songs.

Similarly, Sony’s AI-powered system called ‘‘FlowMachine’’ produced a song known as “Daddy’s Car” in 2016, which has got more than 2 million views on YouTube alone. This clearly shows the future of AI in the music industry is as bright as sunshine.

Put simply, AI has the potential to develop music, which consists of both emotion and the power of ML (machine learning).

So, is there anything to worry about for new-age music artists? No, because the human element is still required, regardless of the advancements made by AI.

2. Helps to get engagement data

Customer data is the most probable answer you would get if it is asked ‘What is more crucial for business growth?’ to a firm owner. It’s no brainer because customer data always gives an insight into what should be done to stay in the market for ages.

Similar to any other sector, user data is fundamental for the music industry, as it would help to deliver a chartbuster. This is where artificial intelligence comes to the picture as it can offer engagement data. What is it? Well, data that possess ‘‘rate of collections,’’ ‘‘follower change,’’ ‘‘plays per user,’’ etc. is called engagement data.

Owing to such data, music companies get an idea about the preferences of song lovers, which consequently, improves the odds of releasing a successful album.

As per reports by IFPI (International Federation of the Phonographic Industry), record companies will invest around 4.5 billion dollars in AI-based marketing, which is worth 26% of industry revenue.

All in all, AI is helping the music industry in a significant manner.

3. Aids in identifying the next musical stars

To deliver a chartbuster, it is significant to identify new talent, because songs sung by new singers often turn into hits.

In simple words, a new voice is what music lovers seek periodically. However, reaching out to the potential musicians is not easy, and this could be the reason why A&R (artists and repertoire) has always been a challenging job.

At this juncture, employing applications of artificial intelligence could be fruitful, because it can offer great help in the A&R process, which as a positive consequence, leads to the seamless evaluation of new talent.

As revealed by RIAA (Recording Industry Association of America), the music industry has witnessed a massive growth in revenue since bringing applications of artificial intelligence into operations, and this trend is believed to persist as AI is evolving into something better with every passing day.

Thus, there is a high possibility AI will enhance the experience of music lovers in the later stages. By means of this write-up, we have discussed how artificial intelligence is essaying a pivotal role in the seamless growth of the music industry. We hope you’ve understood all the aforementioned pointers easily.