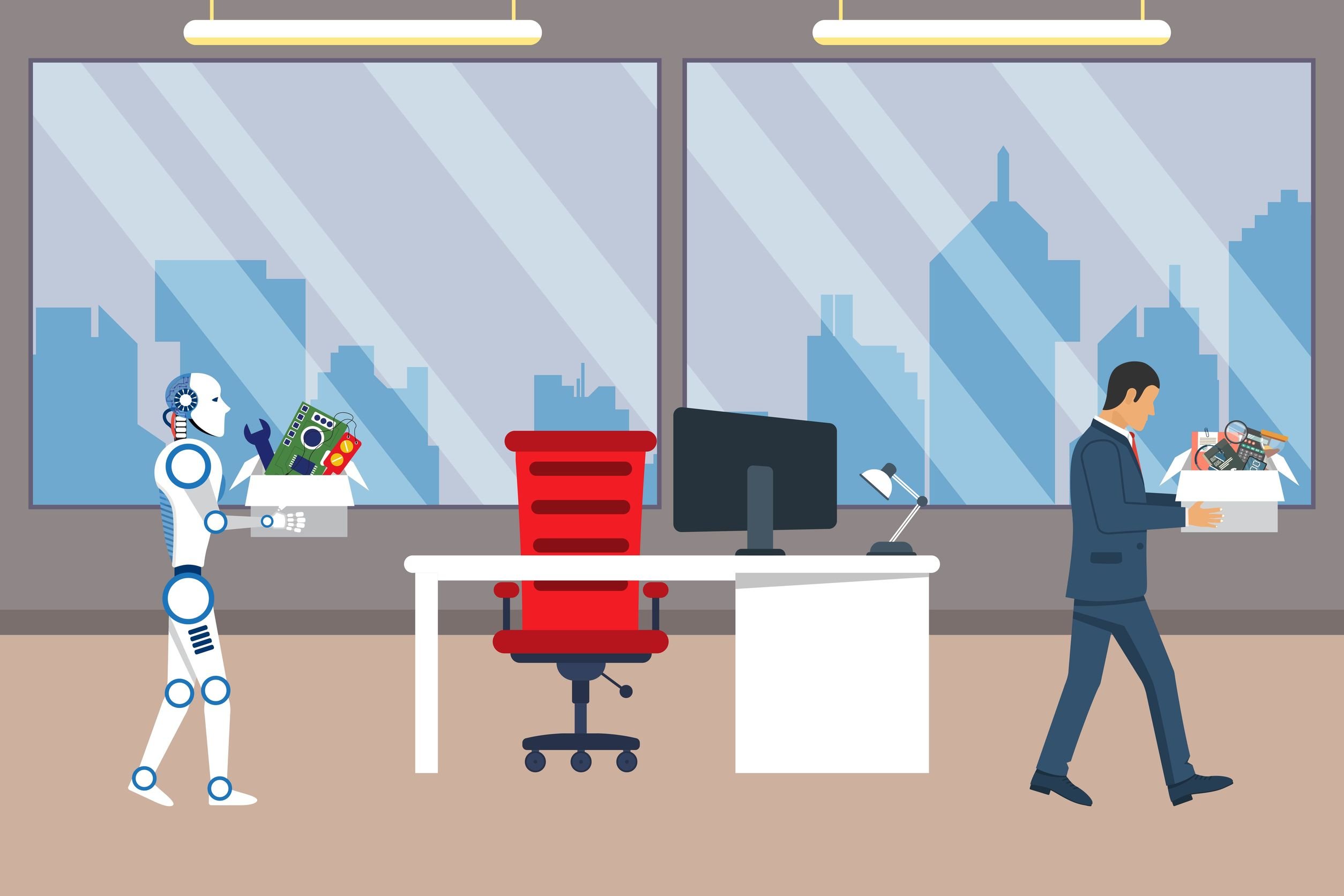 Artificial intelligence aka AI is touted as one of the most disruptive technologies of the current times. The technology has the potential to bring immense benefits to the economy: it can automate processes, create better products and services and bolster productivity.

Because of the degree of automation it can create, many have cast AI in a negative light. They have envisioned a future where robots and automation will take away jobs from human workers. In fact, according to a global survey by PwC, around 37% of the workers are worried about the possibility of losing their jobs on account of automation.

There is another way of looking at this technology. By offering novel ways of doing things, AI may open new lines of business that we cannot conceive of now. As per a prediction by Gartner, by 2020, AI will produce more jobs than it displaces. That said, AI chatbots are termed to be the guardian angels of business, their knight in shining armor, a technology that adds a modern touch to the already existing operations.

The McKinsey Global Institute has compiled a report which states that advances in AI will have drastic consequences on everyday working lives. By 2030, at least 800 million jobs worldwide could be lost to automation. In the USA alone, around 40-70 million jobs could be automated, primary due to rising domineer of chatbot services.

In addition to creating new jobs, AI will help people do their existing jobs better. Many are of the opinion that AI when combined with human intelligence will create superpowers.

Read on as we discuss all this and more in this post.

The Disruption of AI: Technology automating and replacing Human Jobs

The McKinsey Global Institute has compiled a report which states that advances in AI will have drastic consequences on everyday working lives. By 2030, at least 800 million jobs worldwide could be lost to automation. In the USA alone, around 40-70 million jobs could be automated.

What we need to remember is that all kinds of jobs will not be equally affected by this disruption. Only 5% of the current jobs can be automated completely if AI is adopted widely. In around 60% of the jobs, only a third of the activities will be automated.

Here is a graph demonstrating the technical automation potential percentage of occupations:

Low-paying jobs that involve repetitive, monotonous work have more potential to get automated while high-paying creative and cognitive jobs will largely remain untouched. Jobs that do not require a high level of social or emotional intelligence and can be performed without specialized training are more likely to be affected.

Jobs affected by artificial intelligence: Here are some instances of job roles that are likely to be replaced by AI:

On the contrary, jobs that in fall in the following categories are not likely to be affected by AI automation:

Strategic Jobs: Diplomats, executives and economists fall in this bracket.

Empathetic Jobs: School teachers, nurses, doctors are some of the empathetic jobs not likely to be impacted by AI.

In addition to this, jobs done in unpredictable environments such as plumbers, gardeners, providers of child-care and geriatric care will also not see automation because of the difficulty involved in automating them.

Suggested Reading: 10 Jobs Artificial Intelligence Will Replace (and 10 That Are Safe)

Even in the scenario when jobs get automated, many workers may switch to newer tasks instead of remaining unemployed.

Individuals in higher income bracket are more likely to adapt themselves to a transitioning market, learn new skills and suffer less as a consequence while those in the lower-income bracket may not have the resources to do so.

While we are discussing this, we also need to remember that the impact of automation will be felt differently in different geographies of the world.

Developed countries such as the USA, UK, China and Japan that have higher wage levels will most likely adopt automation in workplaces much earlier and faster than the developing countries, so they will witness higher impact from AI automation in the coming decades.

Then the demographics of a country will also play an important role in deciding the effect of automation. In countries such as Germany and Japan that have a shrinking population (and, therefore, a declining workforce), the need for economic growth and therefore impact of artificial intelligence on jobs will be less..

In contrast, in countries with a rapidly growing population such as India, millions of young people will join the workforce in the coming 1-2 decades. As a result, there will be pressure on the economy to create more job opportunities. So, while the impact of AI automation will not be as much (because of lower wage rates), automation will make the challenge of creating jobs more difficult in these geographies.

How AI and automation impact a country will also be affected by the structure of its economy. The mix of sectors, occupations and their constituent work activities within the economy will decide how automation affects the country.

For instance, in a country like Japan, the contribution of sectors that are highly automatable for instance, manufacturing, is higher. And within the manufacturing sector, a large percentage of jobs involve tasks that can be easily automated (e.g. production). So, Japan has higher automation potential than many other developed countries and hence it is more likely to be affected by AI automation.

The Other Side of the Coin: AI and Other Global Trends Creating Jobs 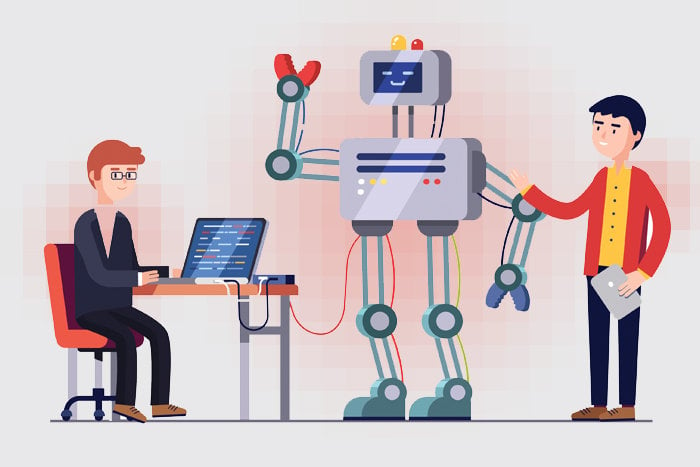 While AI will definitely automate and replace some of the jobs by the end of the next decade, the technology will create new millions of new jobs both directly and indirectly.

Already we have job roles that are focussing on applying AI to new fields and applications, improving underlying AI techniques and running AI-based tools and techniques.

AI will create experts that will determine the best type of algorithms to be used for a particular application, develop and train these models and maintain them as required. Security analysts will be needed to apply AI to the field of security.

Education is another area where AI will open a plethora of job opportunities. Over the next couple of years, we will witness an exponentially growing demand for AI trainers to teach a wide range of professionals. AI translators will be required to teach the complex AI algorithms and their outcomes to clients who aren’t technology-savvy.

As the usage of AI gets more mainstream, organisations will need to appoint an ombudsman who will keep a watch on the malpractices in gathering and using data and prevent the misuse of AI. In addition to this, new laws pertaining to AI governance will come into picture, so enterprises will require lawyers who are conversant with this regulatory framework.

Suggested Reading: Jobs lost, jobs gained: What the future of work will mean for jobs, skills, and wages

In addition to the jobs that artificial intelligence will create, several rising global trends will ensure there are enough jobs for everyone:

Across the globe, consumption will rise by $23 trillion between 2015 and 2030. While this will mostly come from the developing economies, its impact will also be felt in the developed economies that export to these geographies. This growth in consumption will lead to increased production of consumer goods and increased spending on higher education and health and will generate at least 300 million new jobs.

As we know, ageing populations in many parts of the world is rising. As people age, they tend to spend more on healthcare and other personal services. This will spawn demand for a wide range of occupations including doctors, nurses, personal-care aides as well as nursing assistants around the globe. As a result, around 50-85 million jobs will be generated by 2030.

In a bid to bridge the existing infrastructure gap and overcome housing shortage, governments and corporations will undertake huge investment in infrastructure in the coming decade. This will stimulate demand for architects, engineers, electricians, plumbers, construction workers and other similar roles. Infrastructure growth will create up to 80 million jobs in the times to come.

4. Rise in Services that Substitute for Currently Unpaid Work

Another trend that will spur job growth is the rise of services that substitute for currently unpaid domestic work. One of the major factors that could contribute to this trend is the rising participation of females in the global workforce. As per current estimation, around 50 to 90 million jobs will be created in this area.

So, the bottom line is-a large number of jobs are going to be generated in the decades to come. While some of these will be created on account of AI and automation, others owe their creation to the aforementioned global trends.

As a result, there will be ample job opportunities in different sectors even if AI takes away some of the routine, mundane jobs roles. And to keep pace with these changes, a large number of people will be required to switch their occupational categories and learn new skills.

So, what are your views on technology replacing human jobs in 2030 and beyond? Please share your views in the comment section below. Thanks for reading.

This information is really awesome. As everything has positive and negative sides, AI too is not an exception. Above all its the humans who decide with which side they want to go. Future is ours and lets do our best.
Thank you.

Thanks for the appreciation, Apurva.

The article is very informative in describing the advancements in the latest technologies.