“Python is a truly wonderful language. When somebody comes up with a good idea it takes about 1 minute and five lines to program something that almost does what you want. Then it takes only an hour to extend the script to 300 lines, after which it still does almost what you want.”

Believe it or not, we have over 700 notable programming languages in existence today. Add to it the ones that coders are still working on. Even if we leave out the languages developed purely for theoretical settings, we still have a large number to choose from-not an easy choice by any means.

The multitude of applications developed using Python-188,604 websites as of August 2019-vouch for its popularity in the digital realm. As a matter of fact, Python was declared the top programming language for 2019, depending on how frequently its tutorials were searched on Google. (See graph below) 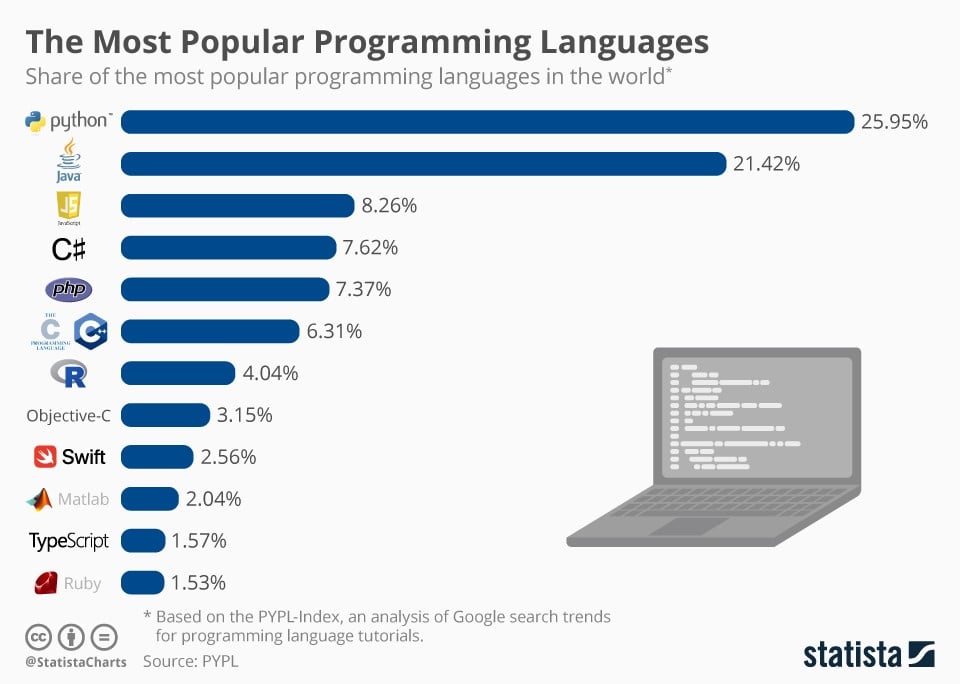 In this post, we’ll walk you through some fascinating aspects of the Python language-why is it a popular choice for mobile app development, what are its prominent use cases and, most importantly, which popular applications on the internet have been built using Python. So, let’s begin without ado.

Before anything else, let’s understand what Python is. In technical words, Python is a general-purpose, interpreted and high-level programming language. Now, if the definition sounds plain-jargon to you, here’s an explanation:

General-Purpose: A language capable of creating all types of programs.

Interpreted: A program called an interpreter runs Python code on any kind of computer. So, a programmer can edit the code and quickly see the results.

High-Level: A language closer to human languages and further from machine languages. So, a coder can write programs that are simpler and more understandable than a low-level language.

An open-source language, Python has a simple, easy-to-use syntax that supports readability and reduces the expenses involved in program maintenance. No wonder, it has been widely adopted by beginners and experts alike since its creation by Guido van Rossum in 1991.

1) Python is easy to read and understand

The simplicity and readability of its code is one of the highlights of Python. Python looks very similar to English; it isn’t verbose like some of the earlier programming languages. So, it can be easily read and used even by those who are new to programming. Its rules of syntax allow developers to write concepts with minimal coding. Its simple codebase helps developers maintain and update an application without additional efforts.

2) Python is Compatible with Multiple Platforms

Python is compatible with multiple operating systems such as Android, iOS and Windows. As a result, you don’t need to change the code if you want your project to be supported on any other platform or tool. Plus, you can reuse the modified code without the need for recompilation.

3) Python has a Strong Support Library

Being a two-decade-old language, Python has a strong online community of developers that has built hundreds of libraries and frameworks to simplify the task of application development. Programmers don’t need to write the entire code from scratch; instead, they can import a library and add the desired functionality with little effort.

4) Python can be integrated into other languages

Python is a highly extensible language, so it can be easily integrated with Java, C and C++ applications.

5) Python has an Active Community

Python has what many called the hallmark of an active programming language-a robust community support. It has a large number of active communities of programmers across the world.

The communities contribute valuable guides, tutorials and other kinds of documentation for easy understanding of the language. Its Google sponsorship is a feather in its popularity cap.

With organizations and individuals generating data at an exponential pace, big data has become a lucrative area. Python is one of the most extensively used languages for big data and allied fields.

The language offers a huge range of libraries to work on big data. It is easier to code with Python than with any other language for data science projects, making it a popular choice for developers.

For those of you who don’t want to read the aforementioned benefits, we have these summarized in the form of a diagram: 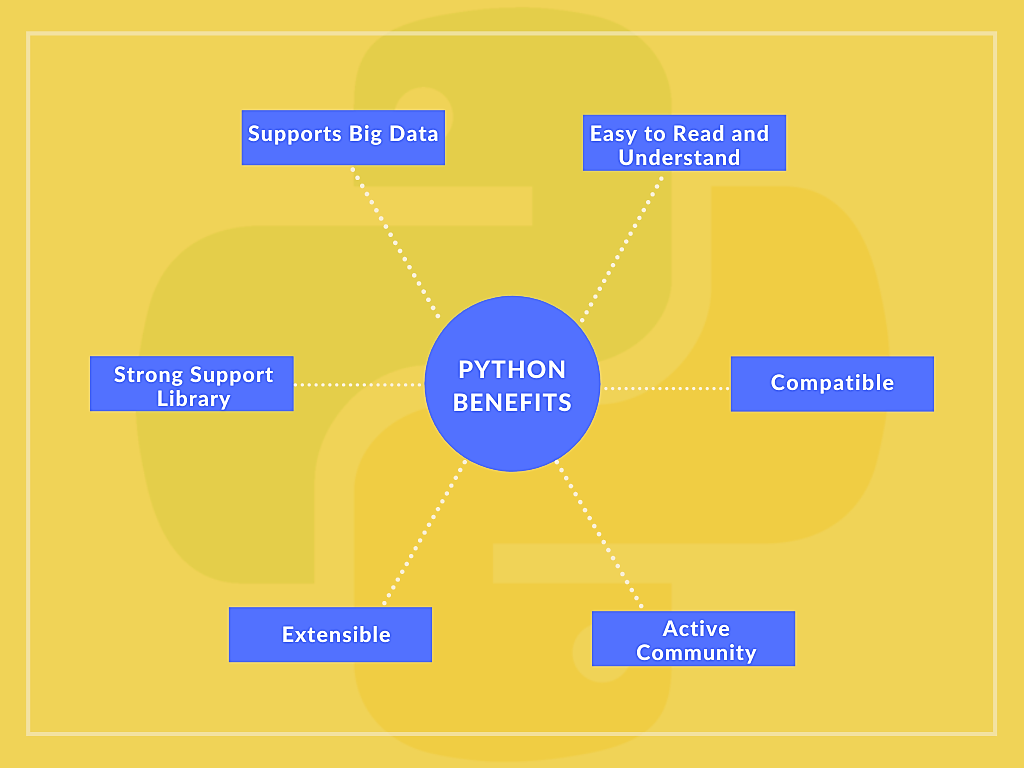 Mobile App Development using Python: What are the Real-World Use Cases of Python?

A powerful programming language, Python can be used for a wide range of applications: from web applications, data science, AI-ML, and gaming to image processing and education programs. Here are some real-world use cases of Python: 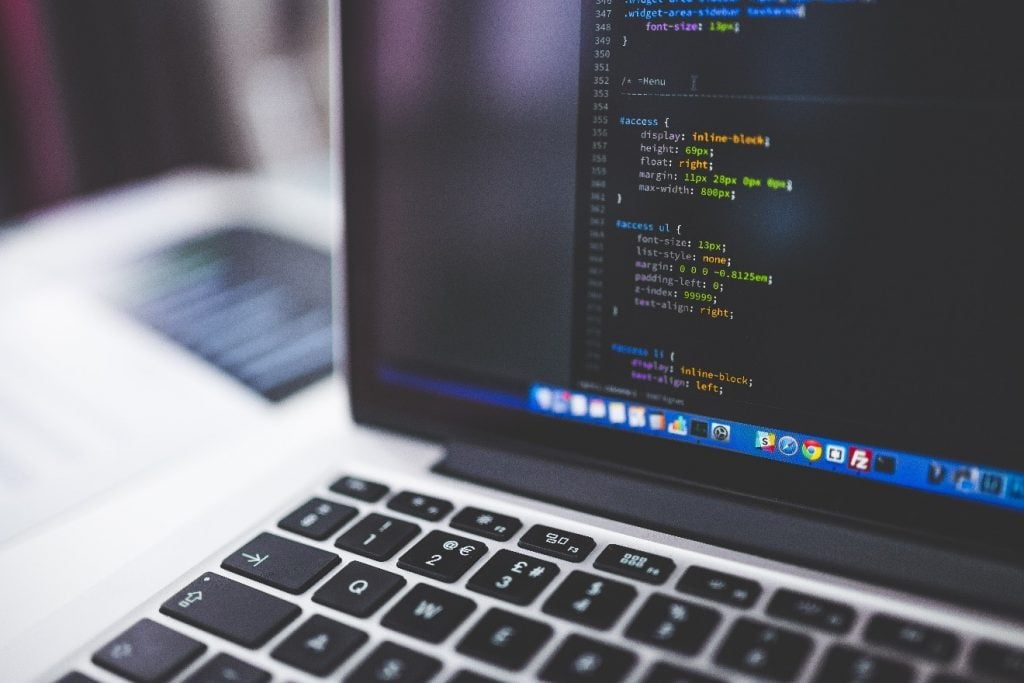 Web application development is, unquestionably, one of the most sought-after applications of Python. Equipped with an array of frameworks and content management systems, Python makes the task of developing applications a breeze. Some of the common frameworks used with Python include Django, Pyramid and Flask while the CMSs include Django CMS, Plone CMS, and Wagtail.

Python brings in a plethora of benefits including simplicity, scalability and security to expedite the web development process. It also lends supports to various web protocols including HTML, XML and FTP. 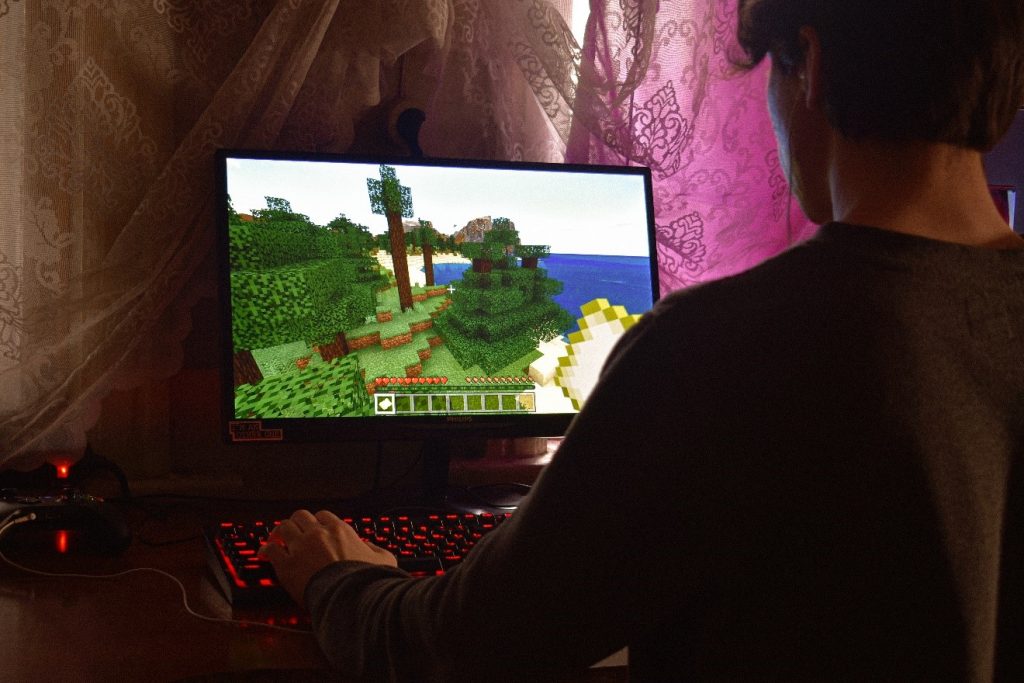 Like web development, Python comes with an arsenal of libraries and tools for game development. Libraries like PyGame, Pycap, Construct, Panda3D, PySoy and PyOpenGL facilitate hassle-free 2D and 3D game development. Python has, so far, been deployed for developing games like World of Tanks, Battlefield 2, Civilization IV, Eve Online, Mount & Blade, Doki Literature Club, and so on. 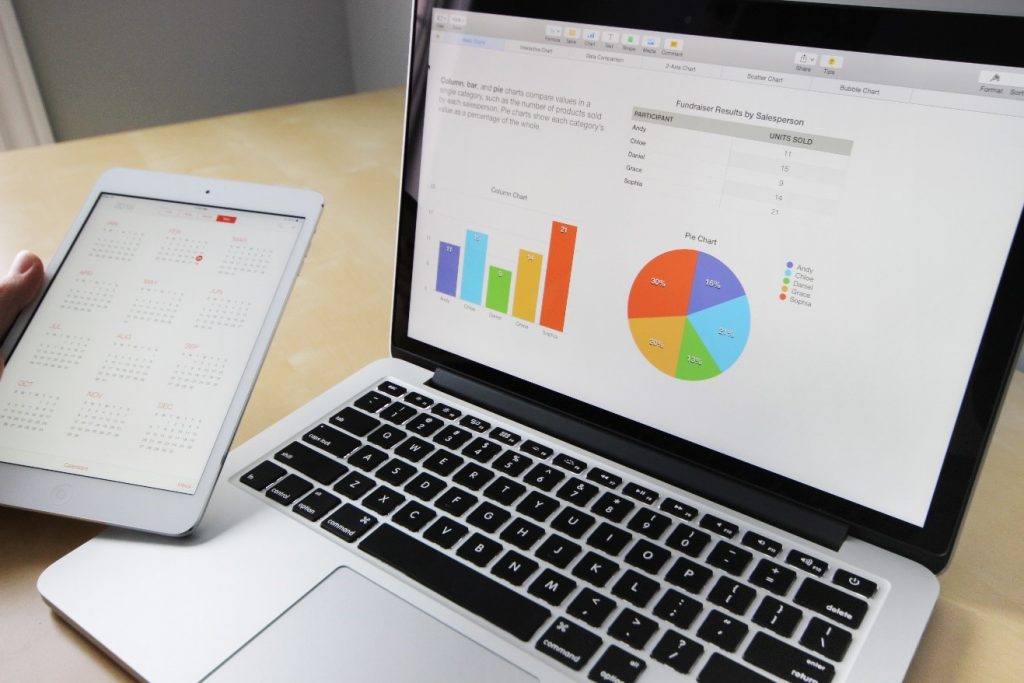 Data Science has become one of the most common areas where Python is being used exhaustively. The platform offers a collection of libraries like Pandas, NumPy, SciPy that let you work with data to distill valuable information and insights. Data scientists all across have used Python for extracting and processing data and visualizing them through graphs. Tools like Matplotlib and Seaborn are widely used for data visualization. 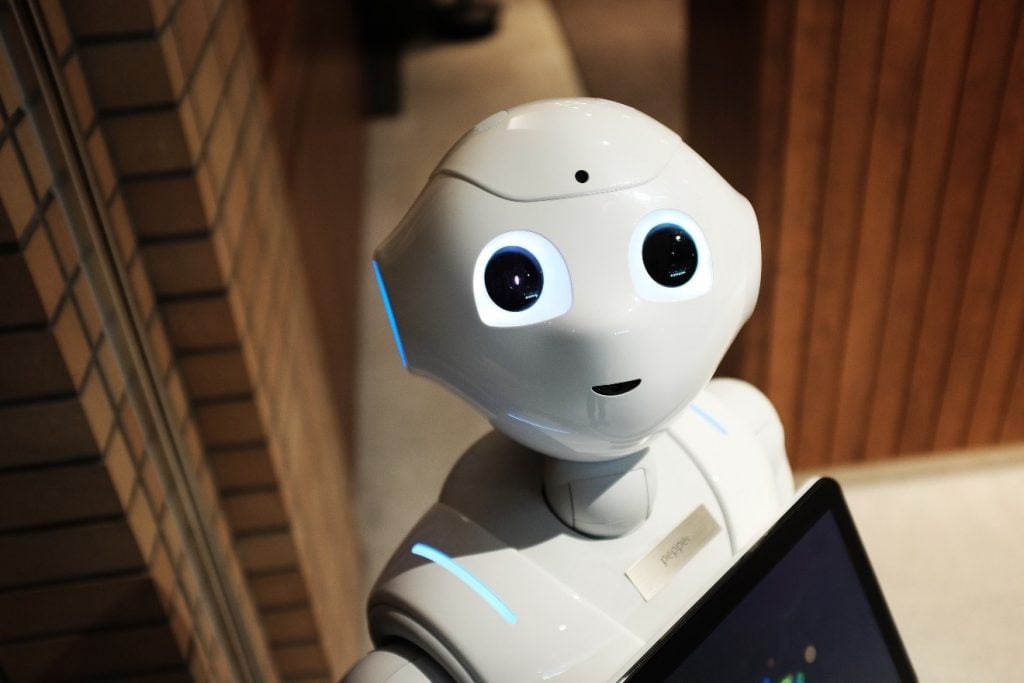 Artificial Intelligence and Machine Learning are the latest buzzwords in the technology space these days. Owing to these technologies, we have smart gadgets and applications that can make optimized decisions. Python, along with other programming languages, is being used in building sophisticated AI-ML powered applications.

A stable and secure language, Python can handle the computations involved in developing machine learning models. Libraries such as SciPy, Pandas, Keras, TensorFlow, NumPy aid in the seamless development of machine learning applications. 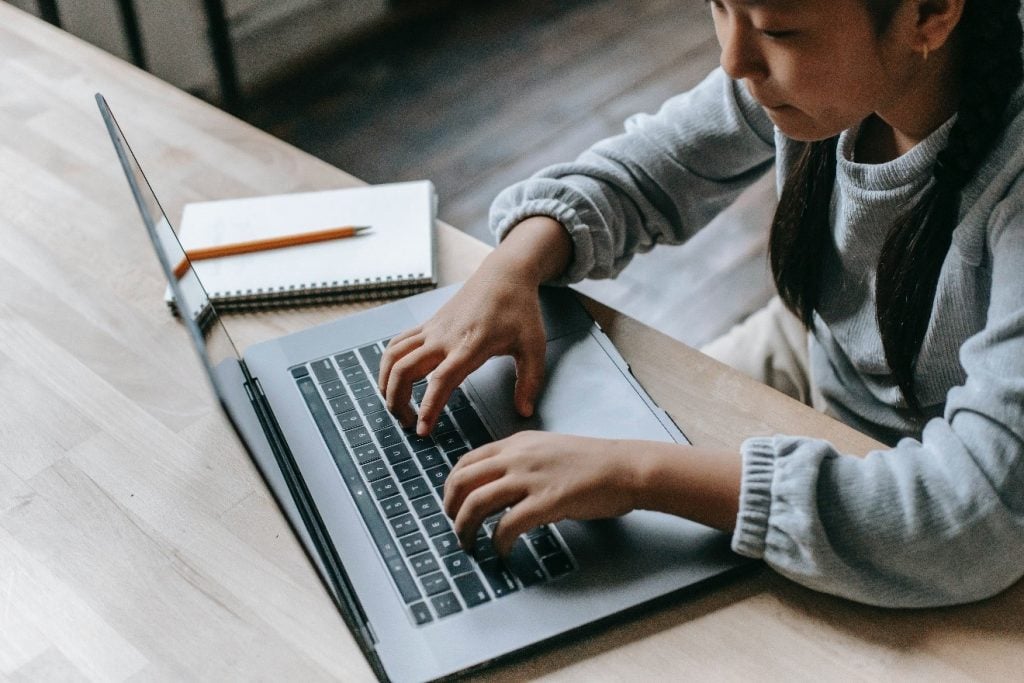 As discussed above, Python’s syntax is similar to conventional English that makes it easy to understand and work with. Because of this, Python has also a shorter learning curve. This makes Python a suitable choice for the development of online education and training programs. 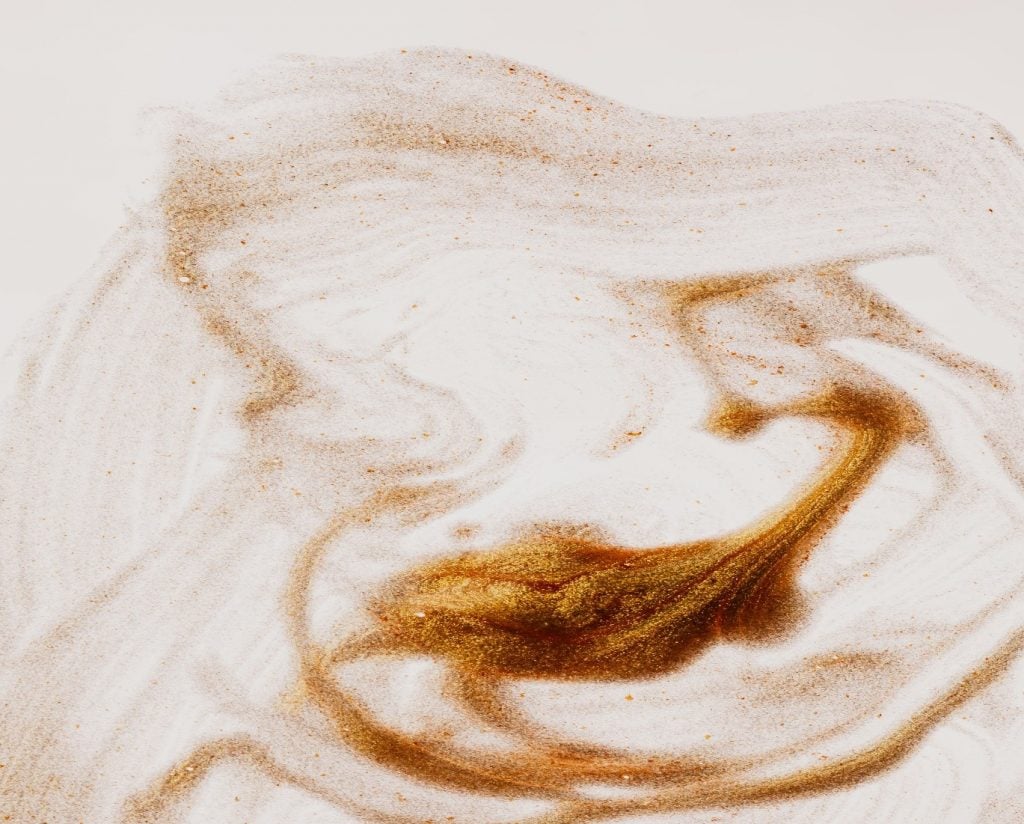 On account of the increased usage of Python in machine learning, deep learning and neural networks, the language finds extensive applications in image recognition. To simplify the task of image processing, Python provides data scientists with quality resources in the form of OpenCV, Scikit-Image, and PIL libraries.

Mobile App Development using Python: Which Popular Applications have been Built on Python?

Several top-tier companies are capitalizing on Python to create exemplary applications for their customers. Here are some popular examples:

Launched in October 2010, Instagram is the world’s largest photo-sharing application that uses Python on the backend. The social media platform has been created using the Django web framework that has been written entirely in Python. 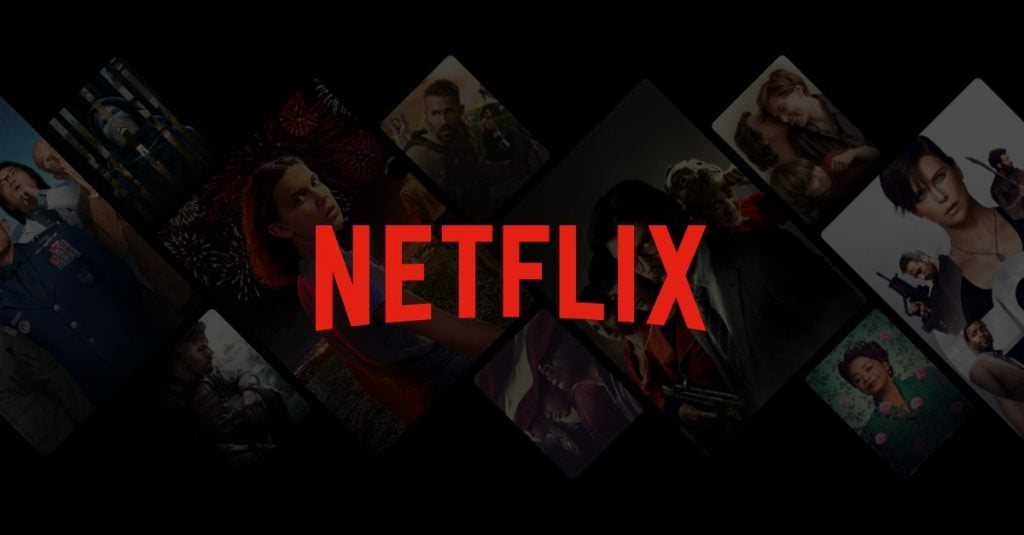 Netflix is the world’s leading streaming platform with over 33 million members in over 40 countries. As per Netflix website, the developers in the company have chosen Python on account of the horde of benefits it offers-standard library, clean and expressive syntax, active developer community and third-party libraries-all of which can be tapped into for solving a problem.

With Python, they have devised an efficient recommendation and analytics engine through which they can analyze the kind of content the user wants and thus offer personalized suggestions. 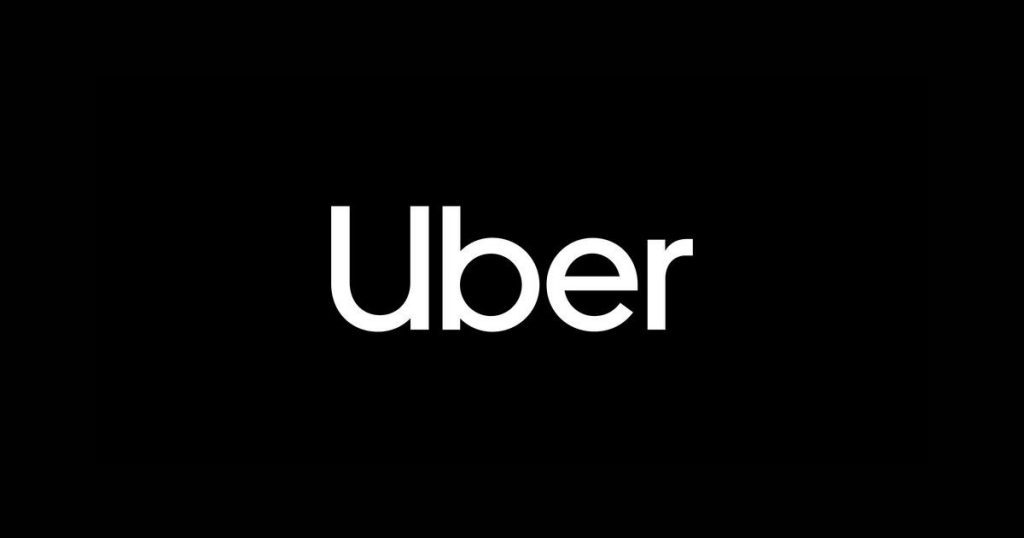 Initiated as a ride-sharing service, Uber has now diversified into many related verticals including peer-to-peer ride-sharing, food delivery and bicycle-sharing. As per a recent study, it offers services in over 65 countries and 600 cities. So far, it has completed over 10 billion rides.

Developers at Uber have chosen to write their code using Python, Go, Java and Node.js. In this stack, they use Node.js for marketplace and Python for the rest of the things. The platform allows them to handle a massive amount of data; it is also highly efficient, secure and scalable. 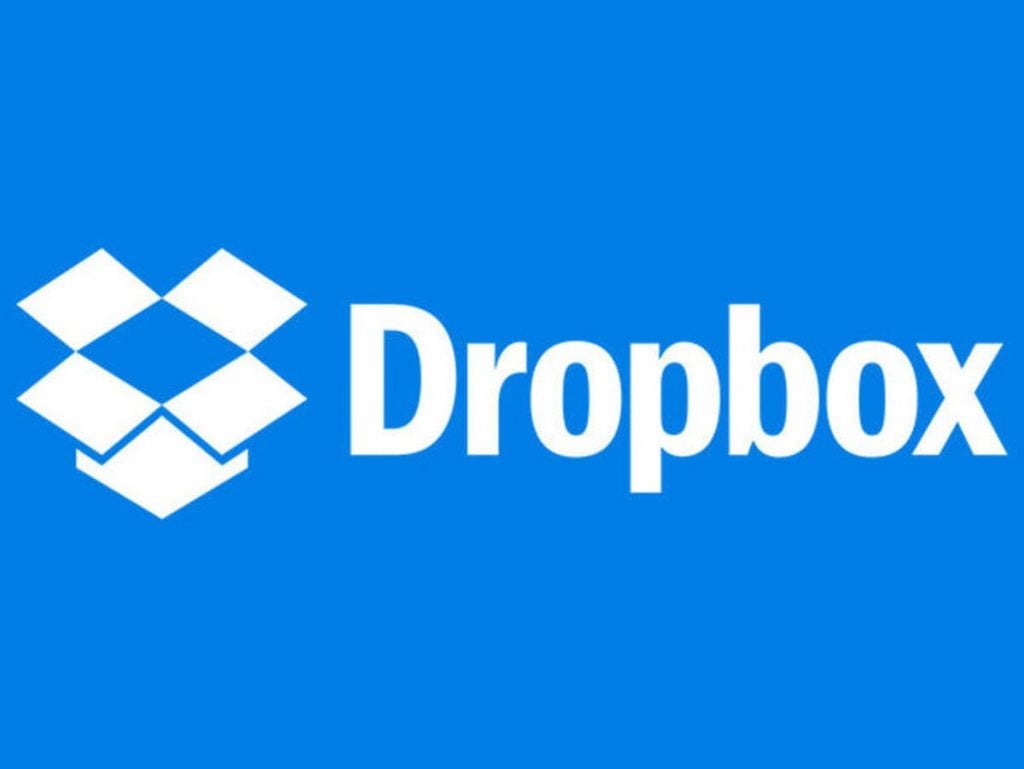 If you use an online cloud for storing documents, you must have heard of Dropbox. The platform pioneered the concept of online storing and sharing; today, millions of online users count on Dropbox for storing photos, videos, documents and other files. Currently, there are over 600 million Dropbox users.

At Dropbox, Python was used to create the backend as well as the client desktop software. The developers used the Django framework to synchronize accounts across devices and build a file-sharing feature. 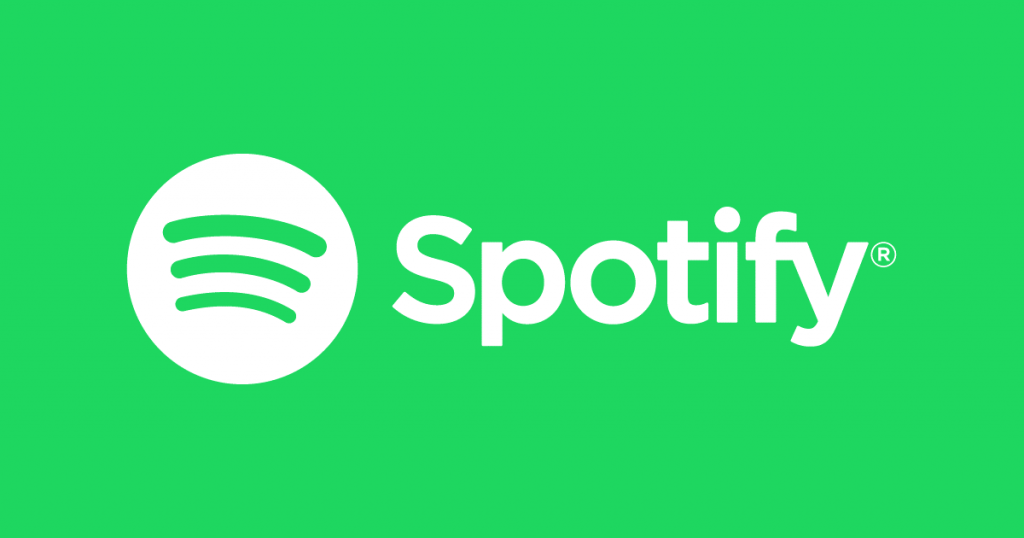 Spotify is a leading audio streaming service that lets you find and listen to music tracks, albums and podcasts of choice. Launched in 2008, the app has gained over 75 million paid subscribers.

While the Spotify website is built on WordPress, the app has been created using Python. The company chose Python on account of the speed and advanced analytical support the platform comes with.

Thanks to Python, Spotify can manage channels like ‘Release Radar’ and ‘Discover Weekly’ that allow users to listen to the music they want without spending too much time building their own playlists. 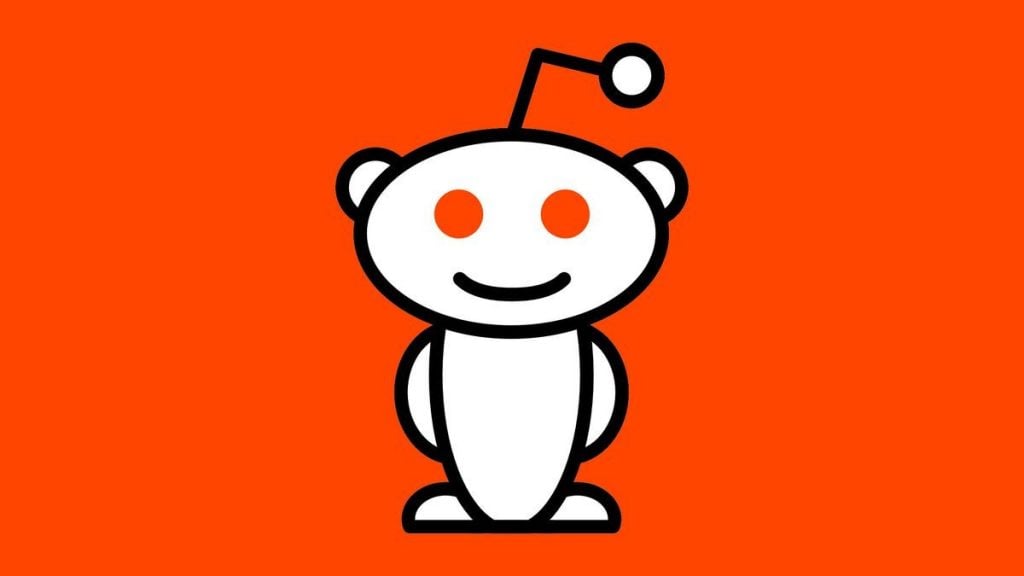 The leading news aggregator and discussion site Reddit, often called the front page of the internet, also runs on Python.

Reddit was originally built on Common Lisp. But when the company started looking for higher developmental flexibility and wider access to code libraries, they switched to Python.

Reddit is one of the most impressive examples of Python development. It allows users to post content such as text, video and images in different categories and vote it up or down. Available in 89 different languages, the aggregator platform can also be localized based on user preferences. 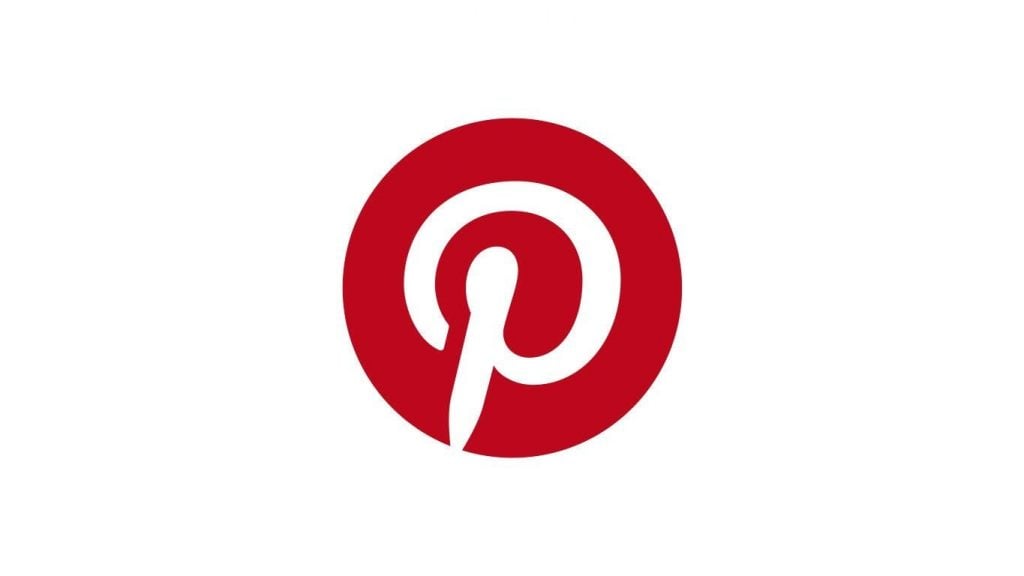 Pinterest is a popular social bookmarking site that allows users to collect and share their boards and pins with other users on the platform. According to co-founder Paul Sciarra, Pinterest uses Python and Django at the application layer. Tornado and Node.js are used at server levels. This technology stack has enabled Pinterest to deliver user-friendly experience at a phenomenal scale and attract a new audience to the platform. 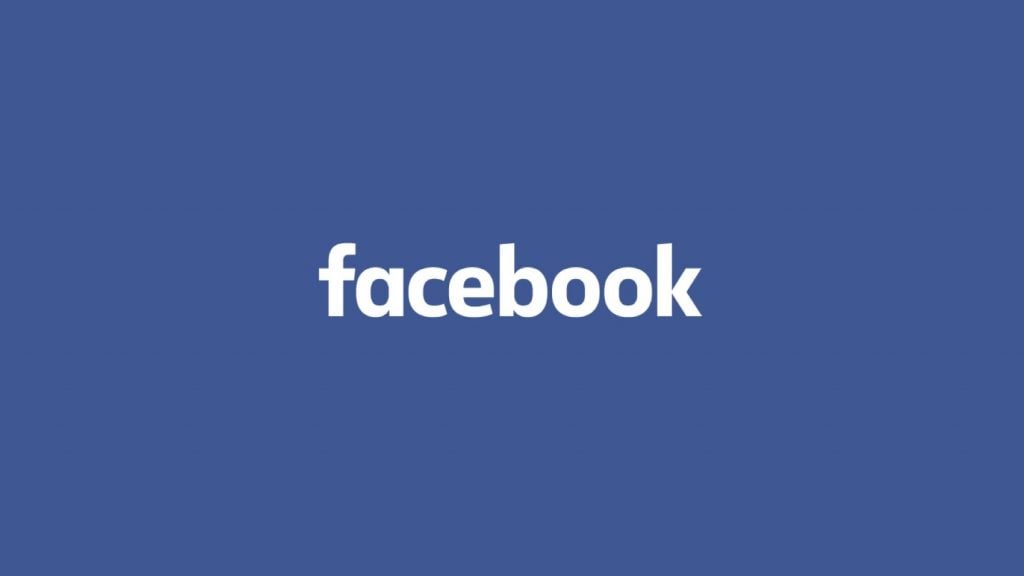 As a social media channel for over 2.5 billion active monthly users, Facebook needs no introduction. The technology stack for Facebook involves a large number of languages and technologies, Python being one of them. As a matter of fact, 21% of Facebook’s infrastructure codebase is built on Python. Python controls millions of posts, photos, videos, and stories shared on the platform. 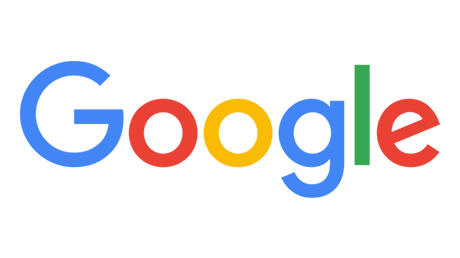 Google is so popular that it is almost synonymous with the internet. It boasts of over 80% market share among search engines. The earliest coders at Google had integrated Python very early in their technology stack. The programming language has allowed the technology behemoth to deal with massive computation in the most seamless manner. 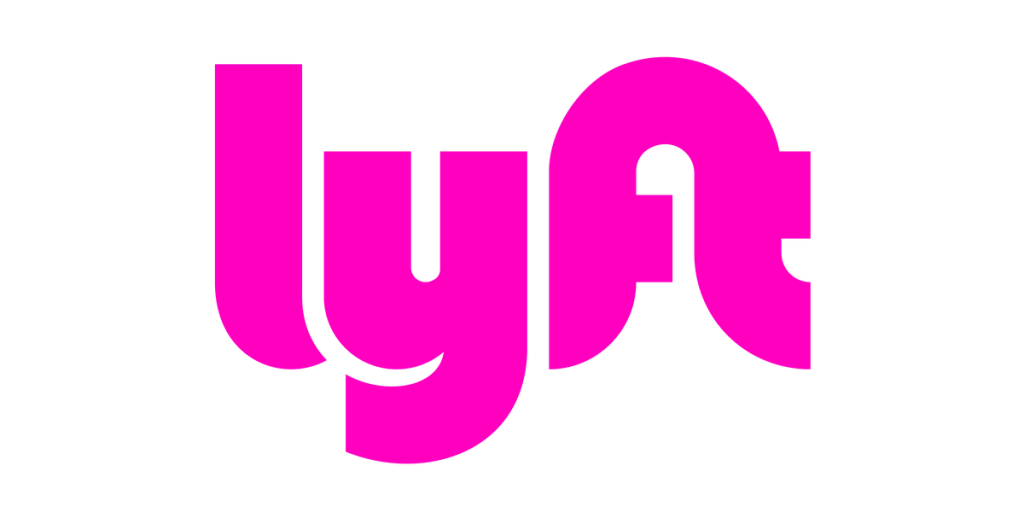 Lyft is one of the fastest growing ride-sharing services in the United States. This California-based company is available in over 600 cities across the USA and Canada. Software developers at Lyft prefer Python over other programming languages. They have relied on its libraries such as Numpy and SciPy for delivering an exceptional experience to customers.

Harness the Power of Python Programming to Build World-Class Apps

The above examples clearly state how Python has become the go-to choice of renowned mobile app development companies. Over the past two decades, it has been widely used for building out-of-the-box solutions for websites and mobile applications with a large user base.

Have an idea you want to convert into an app? Reach out to us today. Our mobile app development services enable you to build a world-class application within a short time frame.