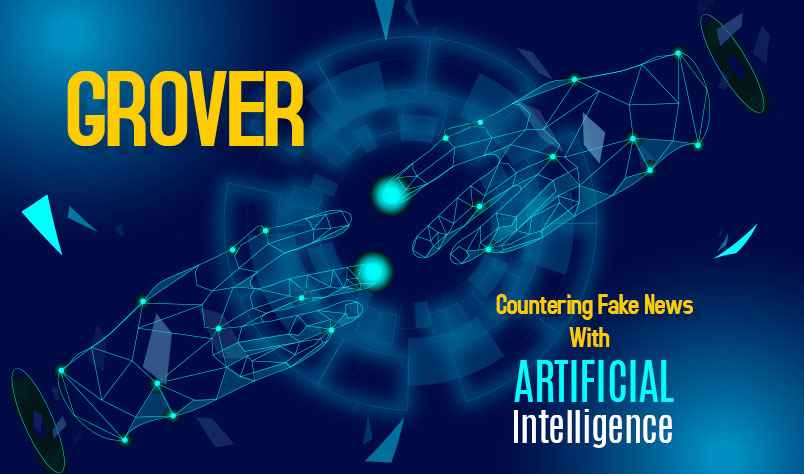 The growing popularity of social media platforms and an increasing number of social networking sites have turned out to be a breeding ground for fake news. I can’t even count the number of times I have rolled my eyes when fake news has infested my social media timeline.

In fact, today there are so many groups on messaging platforms like WhatsApp that spread fake news like wildfire in a jungle. A few days back, I actually got in a tiff with a close friend who apparently believed in a piece of fake news she read on a group and it was both hilarious and worrisome.

This obviously has made it absolutely essential to keep a check on what is being posted and promoted online under various propagandas. You never know whether what you are reading is a truth or an outright lie, promoted for an agenda or just for some fun by a buffoon, who thinks it is ok to lie and mislead people.

The misleading information often has a really negative impact on mass perception, which shouldn’t happen; considering the fact that sometimes it can be the cause of public outrage. For instance, if there is a piece of fake news about the demise of an important political figure, his supporters might take over the streets.

Apart from this, what about the fake news that can misguide people to register their social security number or even bank details on an online portal as per government regulations? Such information is often disseminated with an intent of committing a felony and embezzling data as well as money.

You can never completely trust everything you read online and it is only wise to read news from credible websites and other mediums. However, this cannot be a completely dependable solution in the long run, which is why more efficacious measures need to be taken.

AI Can Be The Solution

Application of artificial intelligence in various fields has been quite successful in the past years and it sure is one amongst the most widely deployed technologies that are shaping and reinventing our lives. From our smartphones to self-driven cars, AI is making what seemed impossible a couple of decades back, possible.

When it comes to tweaking the information available online to check for fake news, AI can be the solution too. However, before it can be the remedy of the problem, it needs to first understand what it is. Just like snake bite is treated by the antidote made from snake venom itself, to make AI capable of dealing with fake news, it should first know how to create it.

This is the idea behind the development of ‘Grover,’ a generative adversarial network (GAN) to counter fake news which is spreading like an infestation of termites on a wooden plank. However, to enable machine learning that can help AI detect misleading information, it is first made to generate some. Grover is an incredible AI breakthrough that can generate fake news that too, almost a little too real to be fake.

“The best way to destroy an enemy is to make him a friend.”

As said by the 16th President of the United States, Abraham Lincoln, destroying an enemy becomes easier when you befriend him. However, let’s not run in circles and jump right to the topic, which is fake news; an enemy of mass media that needs to be checked right away and to do so, it is vital to be a little more than familiar to it.

Grover, which is a collaborative effort of the Allen Institute of AI and the University Of Washington, is capable of writing highly convincing news that is far away from facts, yet extremely believable. As mentioned in the above paragraph, it is an enemy and to take it down, AI needs to befriend it and be more familiar with how it is created in the first place.

This was the reason why researchers first enabled the system to create fake news and detect patterns that can help it in recognizing fabricated information. This idea of generating fake news isn’t new though, as recently OpenAI made news by announcing that the AI-based fake news generator that they created is actually dangerous and unfit to be released publically.

However, the creators of Grover disagree with this notion; as per them, advanced tools and technologies can prevent the system from causing any sort of harm. According to them, the AI system isn’t capable of inflicting any harm but in the future, it might do so. Technology, as they say, is tricky, for a moment it aids in making new discoveries and the next moment, it becomes the root of a problem.

In any case, as per the makers, the possible issues that can surface shouldn’t be the reason behind not releasing such an incredible technology for researchers. In fact, they say that releasing Grover is essential to develop a better defense against fake news that currently invades numerous online platforms and misleads people.

The researchers behind Grover believe that it is crucial that communities and techies discuss the associated aspects like security and machine learning instead of being entirely unaware of the existence of this technology. If you find it interesting then you can try it for yourself and then decide how convincing it is to release Grover.

How Did It Come Together?

After reading so much about Grover, you might be curious how this system was invented and programmed to work almost like a human mind. If yes, then let me end your curiosity, the system was actually made to devour a huge database developed alongside it, known as RealNews. It is a 120-gigabyte library that comprises of articles from 2016 from the top 5000 news publications, as per Google News.

Via machine learning, Grover has studied numerous news articles that are real; thereafter, deploying the amassed information to build a complex model of writing styles and phrases, also incorporating the features and topics that are relevant to each other and how they are linked to various ideas and outlets.

To create the same, the makers deployed an “adversarial system” that has two aspects that work collaboratively. While one of the aspects amongst them creates content, the other rates how real and convincing it sounds. It is a long process, where both of them try and try again to eventually come up with content that appears to be believable.

These adversarial setups are one amongst the most powerful applications of artificial intelligence, capable of creating realistic news even from the scratch. The whole system is self-sufficient and in the right hands, it sure is capable of bringing changes in verification that can aid in nipping fake news from the bud.

As per my view, Grover is no magic but a technology that may have its own setbacks, but it certainly shouldn’t be the reason for banning it completely. Technology, as part of science, needs experimentation and failures are inevitable but once researchers will get past them, they will be able to come up with inventions that can bring about significant changes; ushering mankind towards a new world, where everything is secure, transparent, and as real as the existence of humanity.