How is Artificial Intelligence Helping in the Fight against Climate Change?

In August 2018, when teenage Swedish activist Greta Thunberg took up position outside Swedish parliament to protest against the global climate crisis, nobody had imagined she would spark such a worldwide outrage. By the time she delivered a speech at the United Nations Climate Action Summit condemning world leaders for their inaction over the climate crisis, she had inspired millions of youngsters across the planet to take to streets and demand action on climate change. 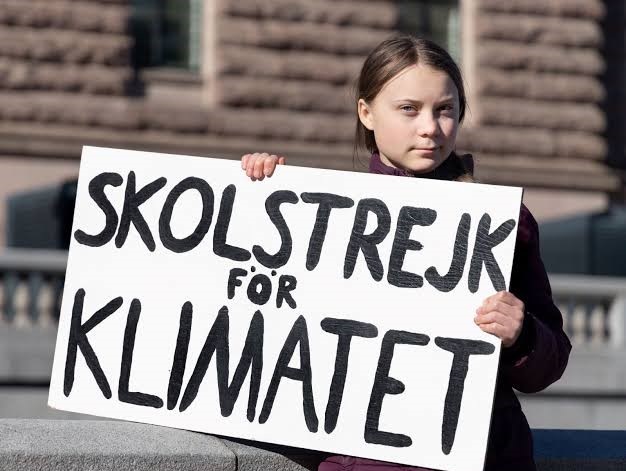 Here’s an excerpt from her emotionally-charged speech at the UN:

“My message is that we’ll be watching you.

This is all wrong. I shouldn’t be up here. I should be back in school on the other side of the ocean. Yet, you all come to us young people for hope. How dare you!

You have stolen my dreams and my childhood with your empty words and yet I’m one of the lucky ones. People are suffering. People are dying. Entire ecosystems are collapsing. We are in the beginning of a mass extinction and all you can talk about is money and fairytales of eternal economic growth. How dare you!”

Climate change is for real, it’s happening now and its repercussions are being felt all across the planet: 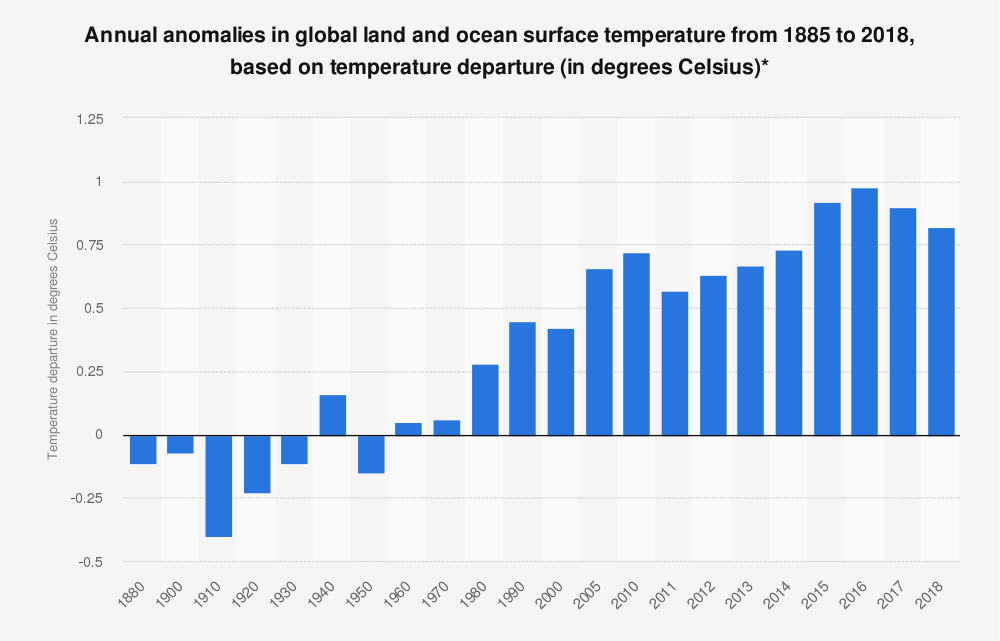 Figure 2: The chart depicts the rise in global land and ocean surface temperature from 1885 to 2018 (Source: Statista) 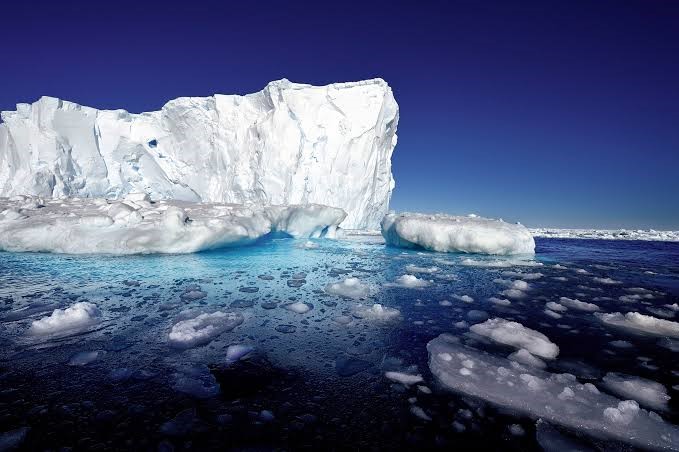 It’s indeed true that, worldwide, governments aren’t doing enough to contain the impact of climate change. Amidst all this, AI experts are wondering how they can come up with innovative solutions and do their bit in mitigating the crisis. After all, Artificial Intelligence can help us detect patterns, make predictions, improve tracking and monitoring and optimize work-flows.

When AI can be used in almost sphere of human activity-marketing, finance, healthcare, agriculture, manufacturing and supply chain, space exploration, transportation, gaming-it can certainly play a part in alleviating the impact of climate change. As a matter of fact, it already is. Let’s look at some AI-based applications that’re being used to tackle the climate crisis.

Each one of us would acknowledge that forests are a critical component of our ecosystem. Even the likes of Microsoft have realized this. That’s why they have partnered with SilviaTerra to build an AI-based solution that aims to improve the management of such large ecosystems. Thanks to this solution, SilviaTerra has created the world’s first tree-level map of every forest in the USA.

The project uses Azure, Microsoft’s cloud computing platform, to store high-resolution images of forests used for training machine learning models. The data is used to build forest inventories. Landowners and conservationists use these inventories for better management of forest resources. The repository can be used, inter alia, for monitoring and studying the impact of climate change over these forests.

DeepMind is the company responsible for Google’s AI. DeepMind was founded in 2010, Google acquired it in 2014 in a bid to further its AI research. DeepMind has centered its work on deep learning, a kind of machine learning that’s not task-specific. This simply means DeepMind AI isn’t programmed for a specific task and can be used for a wide range of applications. 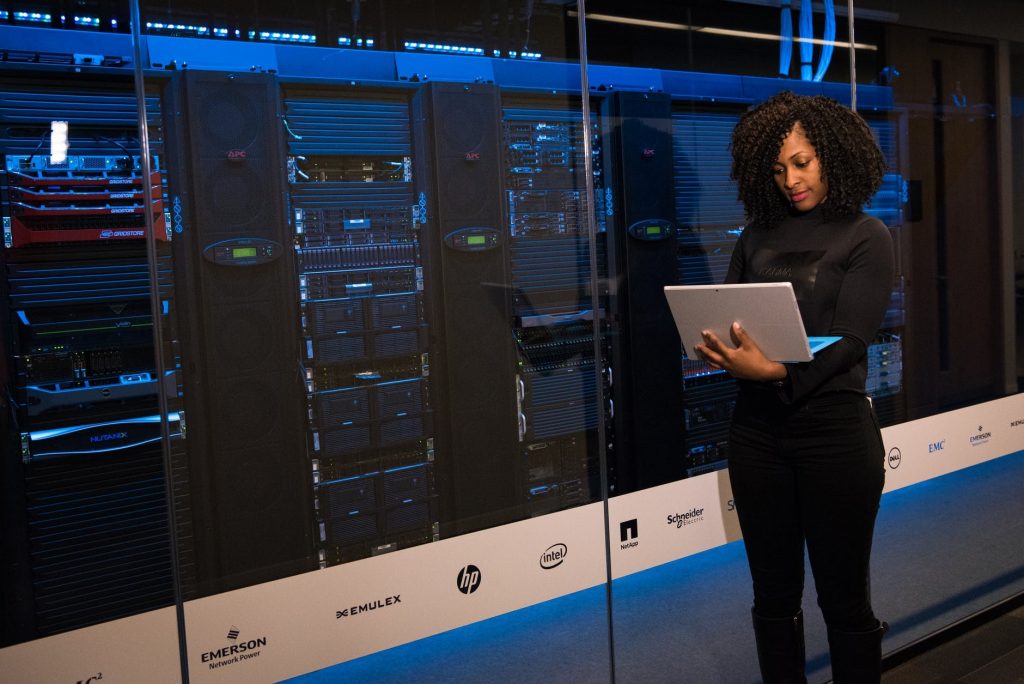 Figure 4: Google’s DeepMind has reduced the energy consumption of Google’s data centers by 30%

DeepMind’s deep learning tools have been used across the entire spectrum of Google’s products and services. So far, the Artificial Intelligence program has been used for image recognition, speech recognition, fraud detection, spam identification, translation and local search.

Since 2016, DeepMind has been using its AI to enhance the energy efficiency of Google’s data centers and prevent its servers from overheating.

DeepMind’s neural networks look at the data from the cooling systems in these data centers to predict how different combinations of actions will affect energy consumption. The AI system then figures out which actions will minimize energy consumption while satisfying a set of safety constraints. These actions are verified by the local control system and then implemented.

The system has allowed Google to slash its energy consumption by 30%, and as these systems get better over time (as all AI-based systems do), further improvements are expected down the line.

DeepMind’s co-founder Mustafa Suleyman believes the technology can be applied to other industrial settings in order to manage climate change at a larger scale. Suleyman explains,

“What we’re now thinking about is how we can extend this more broadly to the national grid and to other large-scale pieces of infrastructure which essentially have the same characteristic. All of our algorithms that we develop are inherently general so given some data set, we should be able to train an algorithm based on some inputs, develop a model, predict some outputs, and then, providing we have access to some controls, we should be able to deliver similar sorts of performance.”

IBM’s ‘Green Horizon Project’ based on company’s research laboratory in Beijing has been carried out in collaboration with leading experts across its network of research labs. In a bid to tackle the issue of air pollution, IBM has built AI-powered pollution forecasting and management systems under this initiative.

These systems leverage data from a wide range of sources: weather stations, environment monitoring stations, traffic cameras and satellites and use predictive models to identify where the pollution is coming from, where will it go and what will be its impact.

The concerned authorities can now make more informed decisions on improving air quality. Thanks to its advanced algorithms, the system automatically adjusts to different seasons and topographies.

Green Horizon Project has shown tangible results in Beijing, China where it helped the city reduce its average smog levels by 35% between 2012 and 2017.

Another component of the bot, a predictive analytics engine uses statistical techniques and automated machine learning algorithms to create predictive models and identify the probability of an event happening, which in this case may be an extreme weather event.

The bot has been roped in for tackling the issue of air contamination in Delhi. Because the bot can track pollution and make weather forecasts accurately, its predictions can be used to plan measures that deal with pollution more effectively, e.g. restrict the number of drivers in a particular area. 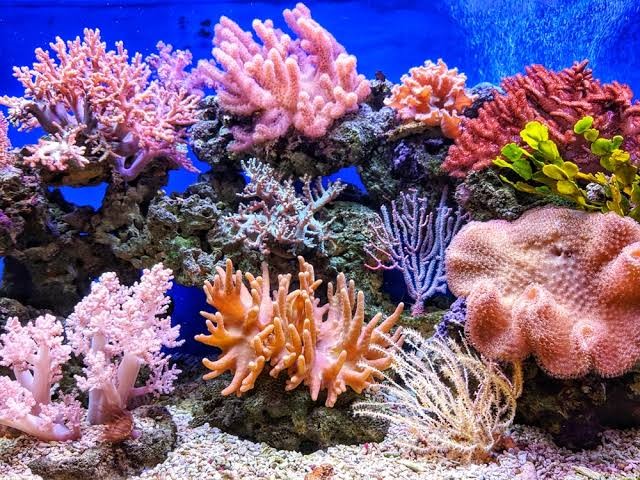 Figure 6: The declining population of coral reefs has prompted initiatives like 50 Reefs

Climate change and greenhouse emissions around the globe have taken a toll on coral reef populations. As per current predictions, 90% of the earth’s coral reefs will disappear by 2050. This can have drastic repercussions for the marine ecosystem.

“Without coral reefs, we could lose up to a quarter of the world’s marine biodiversity and hundreds of millions of the world’s poorest people would lose their primary source of food and livelihoods. We must not allow this to happen.”

In order to prevent a complete collapse of these reefs and other marine organisms, Australian nonprofit organization The Ocean Agency has launched an initiative ‘50 Reefs’ which aims to bring together world’s leading scientists and conservation practitioners to create a list of fifty coral reefs that need protection the most.

Ocean Agency is using Artificial Intelligence to collect and analyze images of thousands of shallow-water reefs. Their AI-enabled deep learning program recognizes different types of corals on the basis of their color and texture. This information can help scientists monitor the impact of climate change on these coral populations and take steps to ensure their survival.

Suggested Reading: Inside the Mission to Find 50 Reefs That Could Survive Climate Change

AI and Climate Change: The Road Ahead

So, we see AI is helping humans develop use-cases for tackling the climate crisis better. But it will take years before any of these use-cases becomes widely-accepted and mainstream.

Besides, technology can play only a limited role in allaying the climate crisis (even a revolutionary technology like AI is no exception). It can, at the most, offer information to act upon. Then, climate change can’t be the responsibility of just a handful of conservationists, biologists or climatologists. Unless we humans work in close cooperation to alleviate this disaster, the day isn’t far when nature will unleash its wrath upon us.