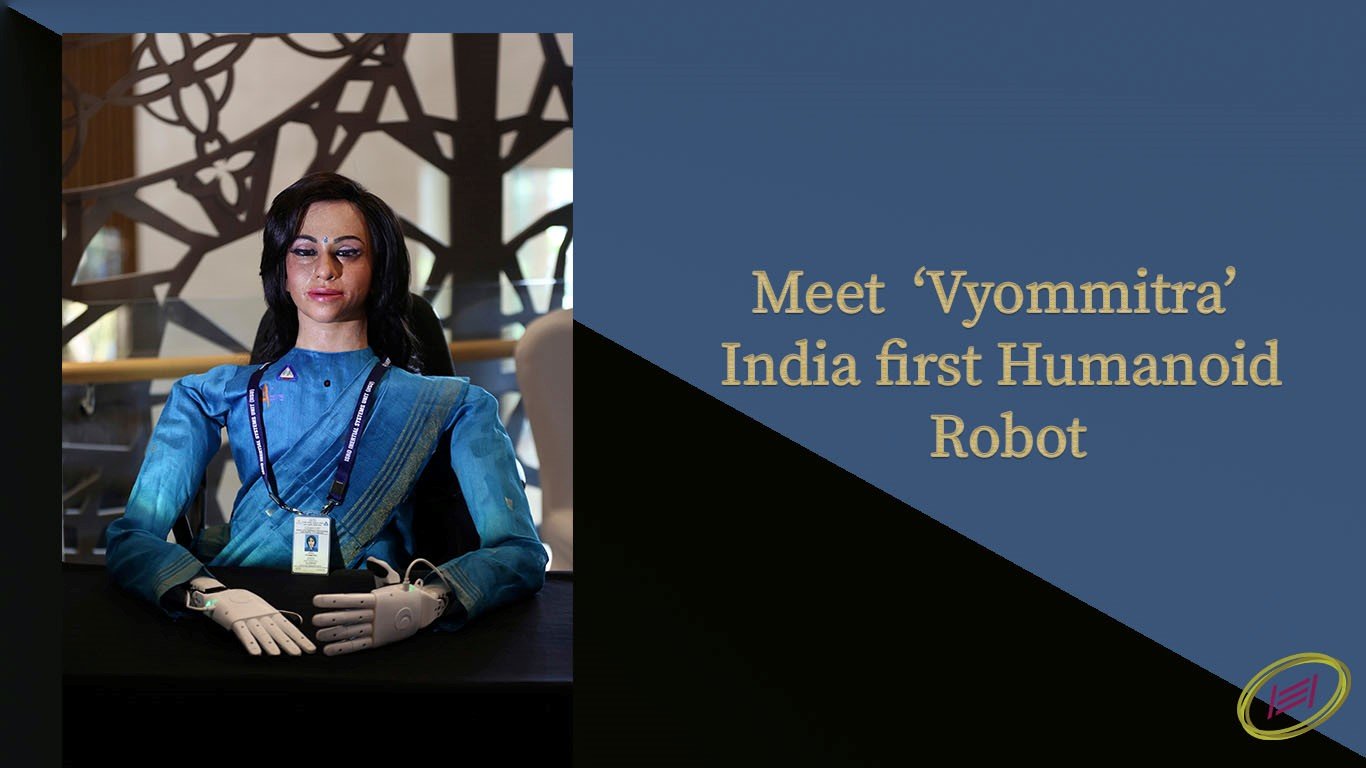 There was a time when robots meant nothing more than inclusion in comic books and science fiction. People enjoyed the plot but never expected to be the race colonizing robots. As of now, space robots are a reality, much further, they can now be engineered to resemble humans, this new-gen called humanoids. Such humanoids are helping scientists to explore the Solar System, something that is an implausible act for humans. As technology continues to further, the possibilities for humanoids in space are immense. 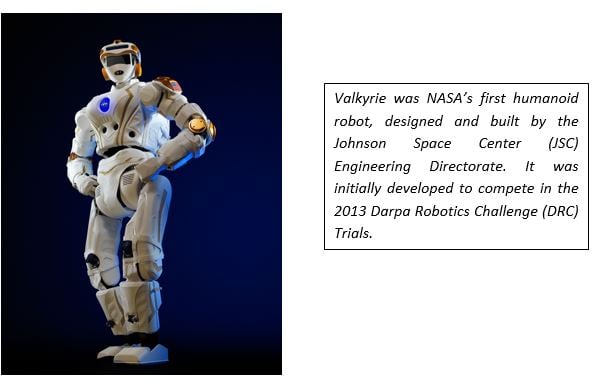 The real question that remains is, do we still need humans to explore space or human-alike machines (humanoids) are a better alternative to study the Solar System and beyond?

There is no one definition for humanoids, however, it is a robot with a human-like appearance that can interact, and behave just like humans in different environments. Humanoids are complicated robots, and their external appearance resembles the human body and their movements. Humanoids are engineered in a way to make them react like humans, a robotic version of how humans think, act, and process information. Humanoids can work in any establishment that houses humans, designed to perform a complex series of physical tasks, and to use tools and equipment meant for humans. The first humanoid ever engineered to communicate with humans is WABOT-1. 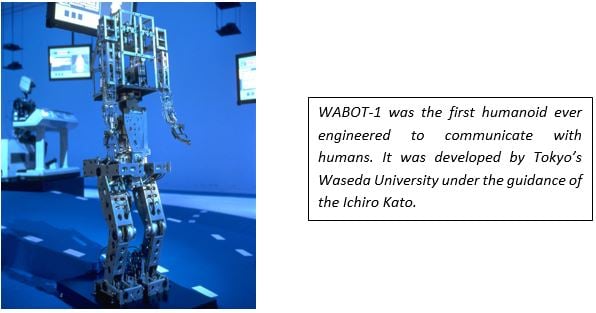 In much anticipation of the Indian Space Research Organization (ISRO), they revealed the first glimpse of their half-humanoid female, named Vyom Mitra (translated to the first female) which will be sent to space in an unmanned mission in December, 2020. She is India’s first humanoid to board a spaceflight from Indian soil. Her key skills include talking like humans, responding to their queries, and perform tasks that have been assigned to her.

In a state released by the ISRO chief, K. Sivan, “We are on schedule and we are going to do a lot of demonstration tests this year. After the demonstration test, we will conduct our first unmanned mission by this year-end. The half humanoid that you saw today is going to simulate the human systems to that understand how the human system will behave, how the life support system will behave. So that way the mission is on schedule.”

Vyom Mitra robot will be a part of the first uncrewed test flight of India’s dream plan of sending astronauts, in their Gaganyaan mission. In a rather impressive speech given by Vyom Mitra, “I can be a companion of the astronauts, recognize them, and respond to their queries.”

India’s First Humanoid to Test Conditions for the Gaganyaan Mission

ISRO’s half-humanoid robot will be sent into space in December 2020 and July 2021 before the take-off of the final mission of Gaganyaan. The main motto of sending human-like robots before the actual astronauts are to perform tests related to body temperature and pulsation and study the space environment. At this time, ISRO has selected four candidates that will be journeying to space in the Gaganyaan mission. All of them are test pilots in the Indian Air Force and will fly to Russia to receive the necessary training. 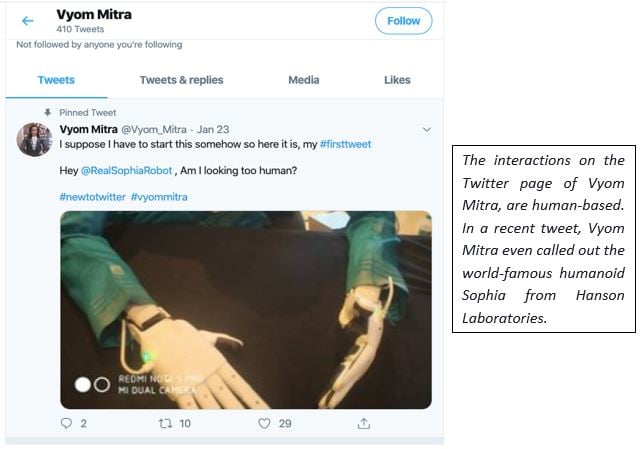 Vyom Mitra can recognize faces through artificial intelligence and is trained to handle critical functions, initially alone in the first two humanoid flights, and then as an associate of the crew member. The human doppelganger is engineered with various sensors to measure parameters like heat noise, gravitational de-acceleration, etc. to make space flights more suitable and safer for humans.

Gaganyaan Mission is India’s dream project, of sending Indian astronauts into space, using indigenous India-made rockets. To date, four countries, Russia, the USA, and China have been able to send humans into space in their rockets and if India completes the mission, it will be constituted as the fourth. Said to be a proud moment for Indians, this time Indian astronauts will be flying from a module, launched from India, unlike 1984, when Rakesh Sharma flew from a Russian module.

The Gaganyaan Mission is Sanctioned with USD 1.4 Billion by the Indian Government

Amidst the appreciations and contentment for ISRO’s half human-like robot, the Indian Government has sanctioned the Gaganyaan Mission, said to launch in 2022, with a humongous amount of 1.4 billion dollars. ISRO’s team led under the able guidance of ISRO chief, K. Sivan will fly humanoid robots into space, to gain a better insight about weightlessness and radiation effects on the human body during long-duration stays.

This mission is indeed special for India and ISRO, however, with a much prevalent economic crisis ongoing in the country, Is sending humanoids into space affordable for the Indian economy?

Humanoids vs Astronauts: Choosing a Better Alternative for Space Exploration

With so much investment ongoing in the field of aeronautics, it becomes a real concern, whether we are choosing humanoids over humans as a better option for space exploration, in scenarios that require an extended journey amidst the Solar System? The squandering approach for manned exploration into space is indeed taking place to satisfy one aspect of humankind, their curiosity. 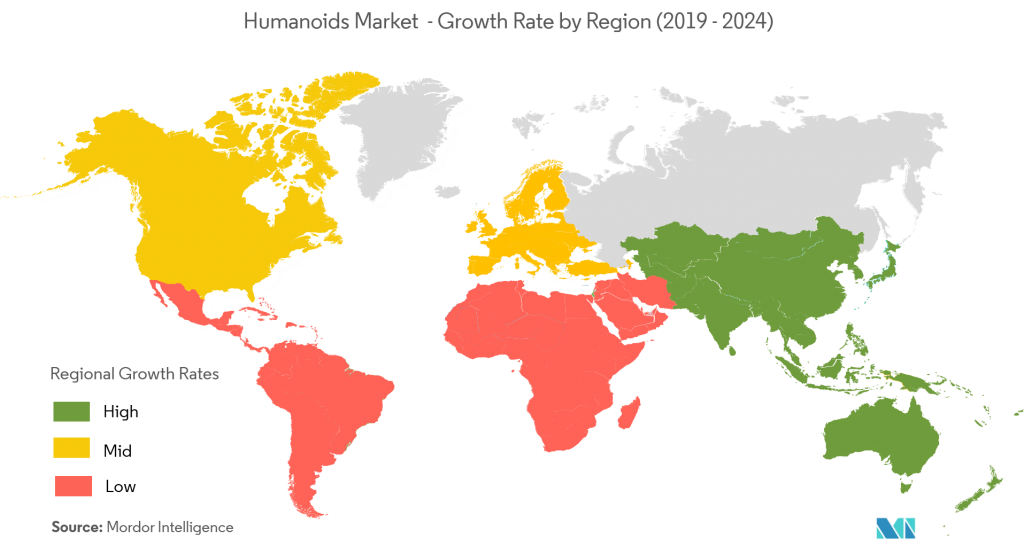 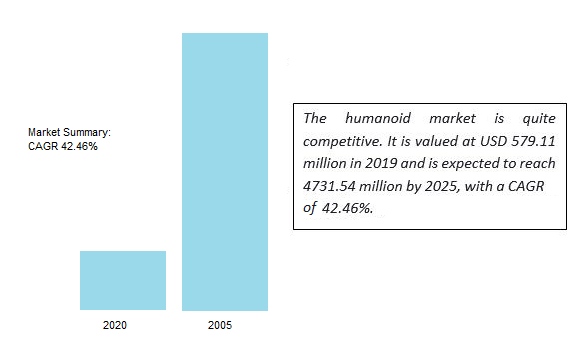 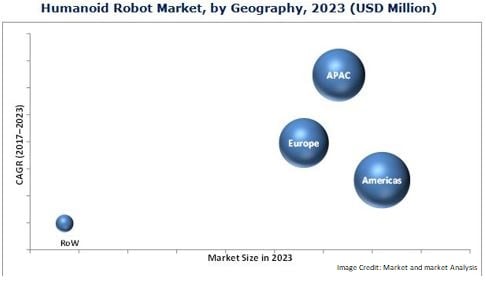 The human mind is an infinite pool of flexibility, inspiration, and native intelligence. However, humans are fragile when it comes to environment sustenance, and have a low tolerance for space environment variables like high energy radiation, extreme hot and cold, etc. Considering factors like the need for consumables (food, water, and oxygen), fragility to the space atmosphere, and limited life span tendency of living in space, extra funds, engineering, and multiple redundant systems for better sustainability and endurance is required. Moreover, human astronauts need large support crews for various operations of the space mission.

Conditions like hot temperature near Venus and Mercury makes it impossible for humans to bear for much longer, considering radiation exposure, bone loss, and muscle atrophy. Furthermore, the long duration of travel to such outer planets is like a death sentence for them and their families. The human body is also prone to infections and pollutants, and if the mission is concerned with the colonization of a new planet, humans will shed off their germs with every step they take. 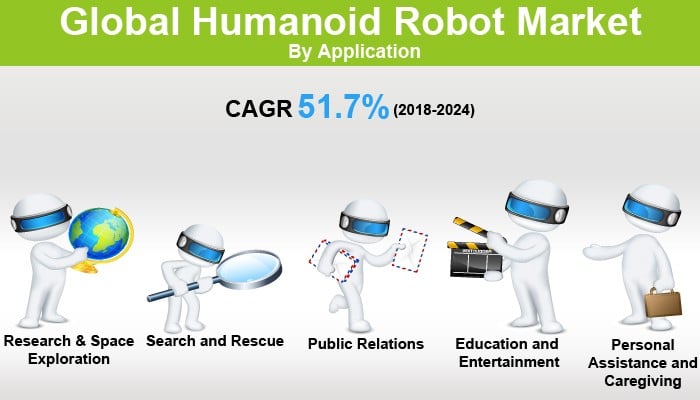 Both humans and robots are an important object for space missions, being synergistic and mutually dependent on each other. As far as the future manned mission to space is concerned, humanoid assistance will become inevitable. Not only does the success ratio of humanoid assisted missions increases, but without the robotic precursors, it becomes impossible to collect information, and navigate the Solar system further.

So, the real question over here is, Is there a choice between human astronauts and humanoid assistance? No, there isn’t. Humanoids are a space exploration reality, and the prospect of it will only further, in the upcoming space missions.