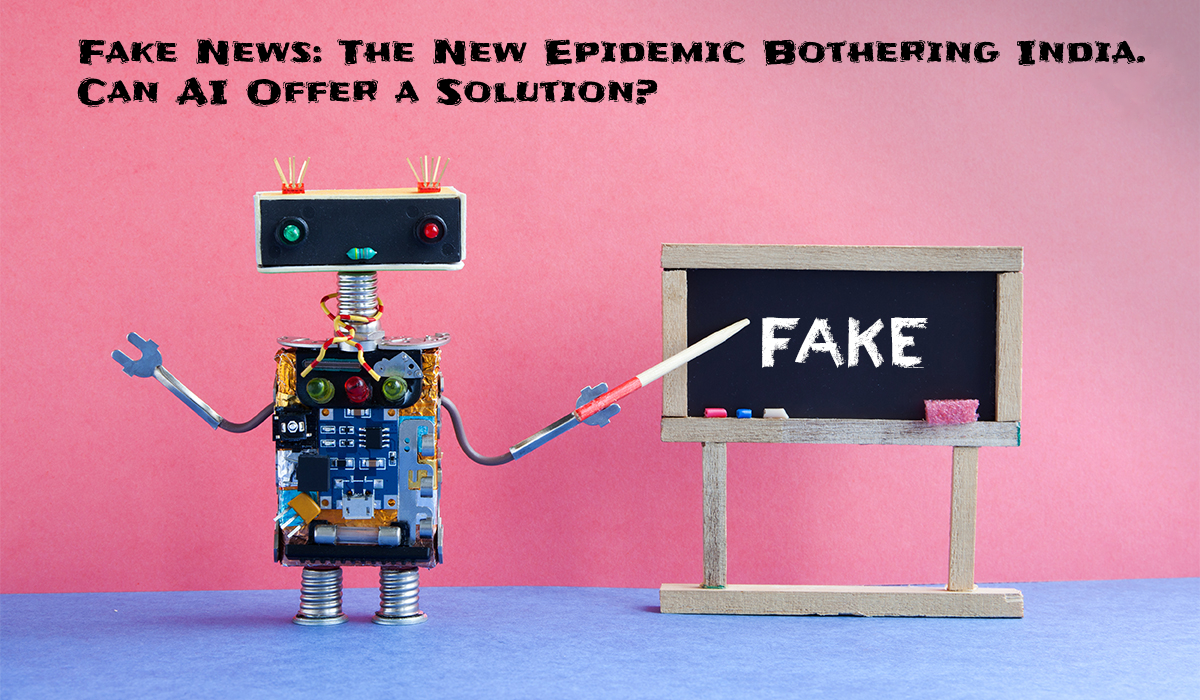 Throughout the summer of 2018, messages warning about child-lifters on the prowl had been racing through WhatsApp accounts in Rainpada, Maharashtra. On July 1, when the villagers in Rainpada saw a group of seven tribal nomads from the Nath Panthi Davri Gosavi community speaking to a young girl, they assumed foul play. Certain that these nomads were child-lifters, the villagers pounced on them and beat them black and blue, using whatever they could get their hands on: stones, bricks, footwear.

By the time the police arrived, the situation was beyond control. While two of these men managed to flee, the remaining five succumbed to injuries. 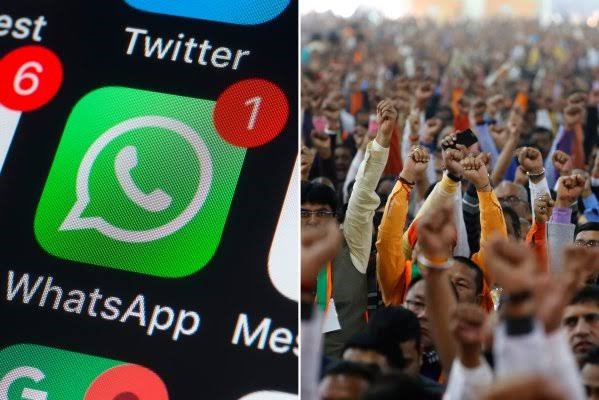 Fast forward 2019. It was February when India witnessed a deadly attack in Pulwama, Kashmir where 44 paramilitary officers were killed after a suicide bomber crashed a car filled with explosives into a military convoy.

The attack stoked widespread anger among Indians, with many demanding retaliatory action against Pakistan for offering refuge to Jaish-e-Mohammed, the terror group that claimed responsibility for the attack. 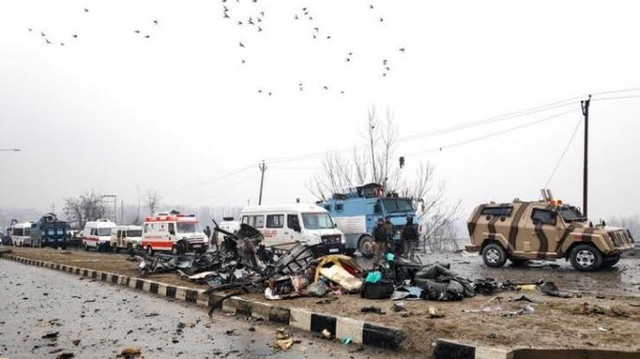 Soon after the attack, a spate of fake news and false narratives inundated the internet. While some conspiracy theories held the opposition parties responsible for the suicide attack, others fueled hatred against Kashmiris.

In one instance, an old video of a car bombing in Syria was shared as the footage of Pulwama attack.

In another case, a morphed image of Narendra Modi’s rival, Rahul Gandhi where he was seen with the suicide bomber was also circulated. 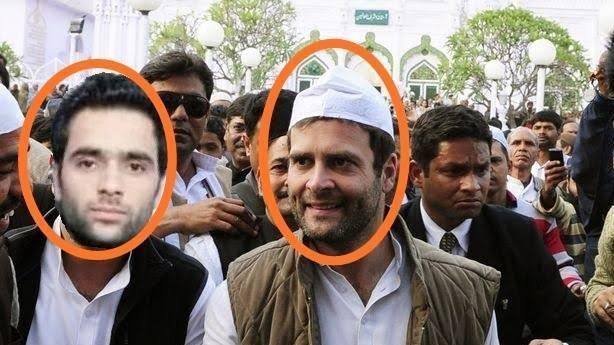 Figure 3: A morphed photo of opposition leader Rahul Gandhi showing him beside the suicide bomber was circulating on the internet after Pulwama attacks (Image Courtesy: ThePrint)

The aforementioned incidents are just a few in the string of many, many incidents where misinformation transmitted through social media caused a lot of damage. Fabricated news, doctored videos and morphed photos are a regular feature in the Indian digital ecosystem.

With over half-billion internet users, such content attracts millions of views in India, often resulting in lynching, political or communal unrest and other horrific crimes.

While the country had been reeling under the impact of fake news for the past many years now, it was 2019 when the spread of fake news touched a new high. Beginning from Pulwama in February and General elections in April-May to the scrapping of article 370 in August, Ayodhya verdict in November and protests against CAA-NRC in year-end, all fueled the propagation of incendiary content across social channels.

“The amount of information that we have had to debunk has increased manifold this year, especially around key events like Balakot, Pulwama, JNU, Kashmir and the Kathua rape incident. Any issue that captures national attention comes with misinformation.”

Sinha expects more grants for his company this year. He further explains,

“We would want to do fact checking in more languages like Gujarati and Bengali, but we are completely dependent on grants and donations. In the coming year, we also want to do more training around the country as misinformation is also an information literacy issue.”

The ubiquity of social media channels, particularly WhatsApp, has made it an easy medium to propagate inflammatory content. And India, with its several ethnic, linguistic, religious and caste fault lines remains particularly vulnerable to hate-mongering and rumor-mongering that targets social cohesion. No wonder, political groups are increasingly capitalizing on these digital channels for building propaganda campaigns, especially around major events like elections.

Then social media channels themselves prioritize content that evokes strong emotion-fear, anger or hatred. These news items not only generate more clicks or shares, but also make people hooked to social media.

While platforms such as Facebook or Twitter are easier to regulate, WhatsApp comes with its unique problem: the messaging channel uses end-to-end user encryption. This means only the sender and the receiver can read what has been sent. No other party, including WhatsApp itself, can intercept and read these messages. This makes it hard for investigators to trace the origin of WhatsApp messages or find out how many times a particular message was forwarded.

One factor majorly responsible for the dissemination of misinformation is the digital revolution that has led to the proliferation of mobile devices and high-speed network connectivity even in rural areas of the country. Digital platforms have amplified the creation and dissemination of fake news, with no mechanism to verify authenticity.

Post the launch of Reliance Jio in 2016, the telecom sector has become a fiercely competitive space. As a result of this telecom war, mobile and internet services have become unbelievably affordable. Add to it the plummeting cost of mobile handsets. Today, anyone can buy a low-cost feature phone in less than 2500 INR. No wonder, the number of mobile internet users is growing exponentially.

According to a prediction by Statista Digital Marketing Outlook, the number of mobile internet users will soar to 448 million by 2020, only to touch 500.9 million by 2023. The chart shown below depicts these figures. 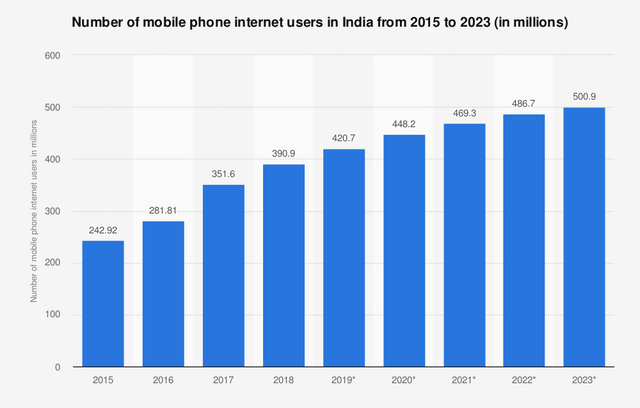 Figure 4: Chart depicting the number of mobile internet users in India from 2015-2023

Statista also conducted an online survey in India in January 2019 where it questioned respondents on fake news items they had personally come across in the previous week. And the results weren’t surprising: a big 45% of respondents said they had seen stories that were completely made up for political or commercial reasons. The chart below shows the percentages for different categories of news items. 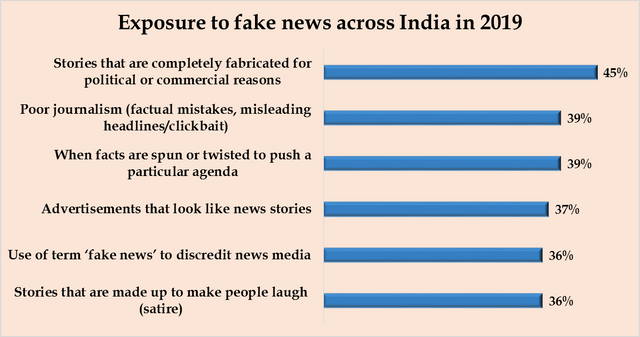 Around the same time, Microsoft conducted a survey covering 22 countries that showed that around 64% of the Indians had encountered fake news compared to the global average of 57%. India was also ahead of the global average when it came to encountering internet hoaxes, with 54% of those surveyed reporting so.

So, the bottom line is: The scourge of fake narratives and misinformation has plagued India like never before and without adequate checks in place, the situation will only exacerbate.

Combating Fakes: The Rise of Fact-Checkers

In an attempt to debunk false information, several fact-checking portals have popped up in the last 2-3 years. These portals scan the social media to identify information that appears false, verify it and if the information is false, share the correction.

AltNews, one of the most popular fact-checking websites in India, was launched by an ex-engineer Pratik Sinha in early 2017. But Sinha wasn’t the first Indian to move into the space. A veteran journalist Govindraj Ethiraj set up Factchecker before the 2014 General elections.

Factchecker was set up as a project to check the veracity of statements made by public figures. But later on, as he realized how fake news was afflicting the Indian digital ecosystem, he launched a full-fledged fact-checking portal BoomLive in 2016.

Interestingly, BoomLive debunked close to 30 news items in the week following the Pulwama attack, when a barrage of misinformation flooded the social media. Ethiraj has created a dedicated WhatsApp helpline where users can send posts to be fact-checked.

Before embarking on the mission of fighting misinformation, Rakesh Dubuddu, the founder of Factly, was involved in campaigns to educate and enlighten people on the rights they had to get from the government through the RTI laws that had come into effect. He was also training government officials on the legislation. Dubuddu explains,

“Factly is a culmination of all those years of work and my own understanding. Broadly speaking, Factly aims to educate citizens in accessing, understanding and using high-value government information at all levels. An important part of this mission is fact-checking, where we verify claims as well as debunk viral posts, images, videos, links etc. The team has 15 people, out of which seven are dedicated to the fact-checking operations.”

While the aforementioned establishments are relying on human-based research alone to contain the spread of misinformation, startups like Metafact are trying to capitalize on Artificial Intelligence. Incepted in 2017, this Delhi-based company is building AI-based fact-checking resources.

Metafact is building a tool that detects misinformation in news stories and social media posts. Though the tool is currently being trained for textual information, Metafact plans to extend its capabilities to images and videos also. Sagar Kaul, the founder-CEO, aims to use the tool to detect deep-fakes: phony videos created using AI.

The AI tool used by Metafact leverages natural-language processing (NLP), an AI-based technique that teaches a machine to read, understand and analyze human language. The tool, however, has its limitations. So far, it has been trained in English only. And the reason is pretty understandable: enough training data is available only in English, not in regional languages. So, false vernacular content still remains a challenge for these AI-based fact-checkers.

Pratik Sinha of AltNews is skeptical about the use of AI to identify doctored images or videos. Sinha explains,

“Figuring out whether an image is morphed or not or a video is manipulated or not is a very tricky subject, and it can also lead to a lot of false positives.”

Even Kaul believes AI can never replace humans. He opines,

“If you let the machine decide on its own what’s right and what’s wrong, then you’ve lost the game, because it’s very easy to manipulate that whole system.”

Jenny Jacob, the managing editor of BoomLive, isn’t very optimistic on the use of AI-based tools either. As per Jacob, every story isn’t just true or false. Some of them are simply nuanced. And a journalist needs to intervene and decide how the story needs to be rated. He explains,

“Sometimes we may choose to call a story partly true, partly false, or misleading. We are yet to see any advanced tools that can do the job of a journalist well enough to catch such nuance, and reply in an automated form.”

As per Metafact’s CTO Roopra, their tool can never confirm whether a piece of information is true or false, it only does the preliminary work. The tool analyzes the text in a piece and flags wordings or sentences that indicate the information may be false. The filtered piece then passes on to the journalist who decides which way to go.

Even with fact-checking portals and AI-based tools emerging now and then, establishing the veracity of a piece of information is a cumbersome task. With the world becoming increasingly hyper-connected, the volume of misinformation will only swell. Offering a rebuttal won’t be as easy.

In future, we may develop sophisticated AI tools capable of detecting the nuances of a language or identifying morphed images and videos, but that’s not happening anytime soon. Besides, we can never rely on AI alone to tackle this scourge. Humans will need to intervene at one level or the other.