The Future of Smartphone Cameras is Artificial Intelligence (AI) 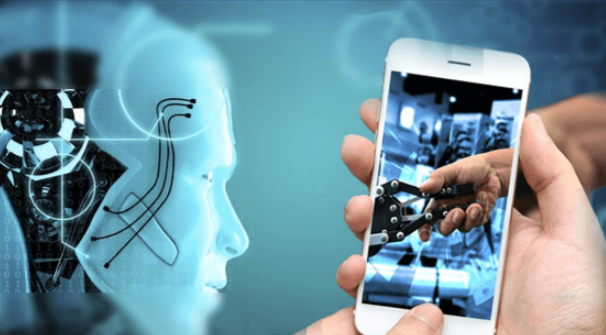 Have you ever wondered what mobile phone companies mean when they advertise that their cameras employ Artificial Intelligence (AI)? AI is slowly, but steadily becoming a part of our lives; let’s see how AI technology found its way into reality.

What is Artificial Intelligence?

Artificial Intelligence or AI is not a new concept in the world of technology. It means that machines are given intelligence like humans via an information system and programs built into devices.

As a result, machines that are accorded human-like intelligence are able to perform an array of tasks such as problem solving, information gathering and reasoning.

In other words, it is basically helping machines become smarter and more like humans.

Artificial Intelligence has been a part of many devices over the years, right from smartphones to smartphone apps. Yes, companies such as Google and Amazon came up with smart home machines that help people with daily tasks. You may have heard or seen ads on TV about Alexa and Google Assistant!

Even businesses that have an online presence have enabled and integrated chat boxes with the help of online bots that automatically answer customers’ queries.

How Artificial Intelligence found its way into smartphones?

Artificial Intelligence was often known to be creating robots to work like humans and function much faster – which are largely depicted on conventional media. These machines could learn about the environment that they are in via AI. They also carefully adjust to the user’s needs. And that process is known as machine learning.

Machine learning also got integrated into online video streaming websites such as YouTube and Netflix, smart home devices and social platforms like Twitter. The technology is more inclined towards learning more about people and their interests and daily activities.

The newest member to join the Artificial Intelligence bandwagon is smartphones. Yes, companies such as Google and Apple look into employing AI into their flagship’s phone processor – the Pixel Series and iPhone.

In 2018, even Android smartphones started using Artificial Intelligence to enhance user experience with ASUS and Huawei doing it. They also came up with new flagship models with cameras using AI for returning the user with smarter responses around a user.

What are the benefits of Artificial Intelligence in smartphones?

The integration of Artificial Intelligence in the cameras of smartphones is just the tip of the iceberg – there is more to come in the coming years that will mesmerize you. Yes, AI is the future of smartphone cameras and beyond!

Nowadays, you can find budget smartphones such as Oppo mobile under 15000, Vivo smartphone under 15000 and other models offering AI in their cameras.

You can now buy any of those phones without impacting your monthly budget. You can spread their cost over a suitable tenor and pay only fixed EMIs on the Bajaj Finserv EMI Network in India. Bajaj Finserv also presents pre-approved offers on EMI finance and personal loans and other financial services.

It can make your loan procedures dead easy and less time-consuming. You can explore your pre-approved loan offers after sharing your basic details such as your name and mobile number.