On a daily basis, iOS developers are changing the world around us – the way we communicate, work, learn and spend our free time. With the right set of knowledge and skills, you can also become one of them.

Without a doubt, our modern world is functioning with the help of mobile apps. Mass applications of software and smart devices in every area of our lives caused a constant expansion of the mobile app market.

Mobile app development for iOS devices is still one of the fastest growing IT sectors. Programming skills for the iOS platform are very applicable and lucrative – whether you’re developing an app on your own or using your knowledge to create ideas within an organization.

In this article, you’ll have a chance to read some of the most important tips to know before starting your iOS app development journey.

Familiarize Yourself with the Resources

First, you will need to get acquainted with the tools necessary for app development, as well as the Xcode development environment.

Xcode is a developers’ platform issued by Apple (free for access) where you will have all the necessary tools for iPhone, Mac, iPad, Apple Watch and Apple TV app development.

In the right surrounding and with support from experienced iOS developers, you can tackle the basics in around 10 weeks of learning.

“Learning how to do IOS development does not have to take ages, contrary to popular belief. DepZending on your previous knowledge and your general learning pace, you can expect to learn the basics in a matter of months”, says Marie Fincher, a tech writer at BestEssayEducation.

Here are some of the best free courses that you can take to start your first steps in iOS development:

You can also find many blogs and forums with fellow learners, where you can find answers to some of the most common issues beginners come across.

Learn Swift – the new programming language from the Apple company, the syntax of Objective-C language and the main concepts of object-oriented programming. This is the first building block to advancing in iOS development.

According to Apple, “Swift is a powerful and intuitive programming language for macOS, iOS, watchOS, tvOS and beyond. Writing Swift code is interactive and fun, the syntax is concise yet expressive, and Swift includes modern features developers love. Swift code is safe by design, yet also produces software that runs lightning-fast.”

This is not only a promotional text, but it really states the fact. Swift is ultra-clean and effective and allows elegant and sophisticated coding solutions, unlike many other programming languages out there.

As for Objective-C, it’s also a must-learn if you want to become a rock star iOS developer.

Just like in any other new revolution, there are two major proponents for opposite sides. When it comes to the mobile revolution, we’re talking about two: Android and iOS.

While the jet fuel for Android is Java, app development in iOS and iOSX uses Objective-C, an object-oriented programming language with a general application. It includes syntax and basic components from C language and upgrades them to a more complex level.

If you want to develop apps that will follow iStore’s strict criteria, you have to code in Objective-C.

Learn the Basics of UI design

As an iOS developer, you should also have a grip on the basic principles of designing for mobile devices and creating a sleek user interface. 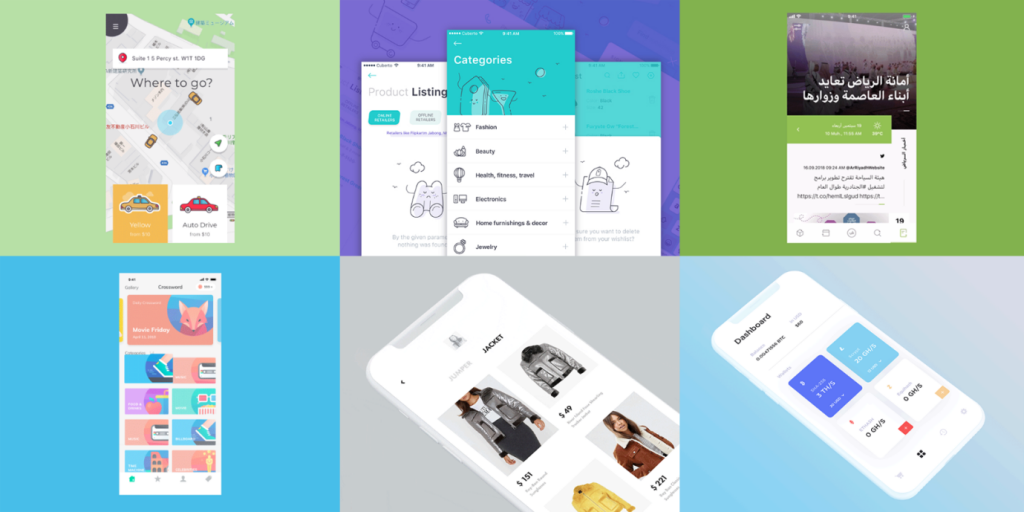 User interface design is a crucial component of mobile app development. It’s not a phase or a step after coding that you can delegate to someone else, but it’s actually tightly connected to the program itself.

On Coursera and Udemy, you can find many great courses for learning the basics of good UI design to make a fine-looking iOS app.

Apple has its official learning course called ITAcademy, which is the best place you can go to get equipped with all the skills that you will need to produce a high-quality iOS app.

ITAcademy is an authorized Apple Regional Training Center, while the education course also fulfills the highest standards of the world’s five leading universities. Lessons are focused on practical work, with the final aim to prepare you for independent work.

At an intense course in ITAcademy, you can follow classes traditionally (in Apple classrooms and study halls) or online, by using a cutting-edge platform for remote learning. 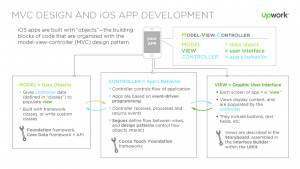 If you want to develop IOS apps in the most effective way possible, you can follow the model-view-controller paradigm.

Basically, it’s a scheme that breaks down code to three of its core functions:

The basic principle of developing an app is building objects. When you develop using the MVC paradigm, you will assign each object to one of the 3 functions: either model, view or the controller.

You can also use other design patterns to develop an iOS app, but this is the most commonly used one and it’s central to most popular apps we know today.

If you’re a beginner developer, but you want to see the results of your work quickly and advance in just a few weeks, the fastest way you can do that is by attending bootcamps.

Apple and other Apple-promoting development companies frequently host coding bootcamps around the world. Research the web to see if there are any upcoming ones in your city.

Learning how to develop iOS apps from scratch doesn’t have to be mission impossible. With the right frame of mind and following the tips that we have outlined above, you can expect to see your first app in a matter of months.

Like any programming education and work, it’s important to stay patient and focused. You will come across frustrating bugs and roadblocks, but you have to be aware that these are a normal part of any development experience.

Nicole D.Garrison is a content strategist, writer, and contributor at a number of platforms for marketing specialists. She is a dedicated and experienced author who pays particular attention to quality research. In her free time, Nicole is a passionate runner and a curious beekeeper. She works as a contributor to essay writing websites Studicus and GrabMyEssay. Moreover, she runs her own blog LiveInspiredMagazine.