The Curious Case of Quantum Computing 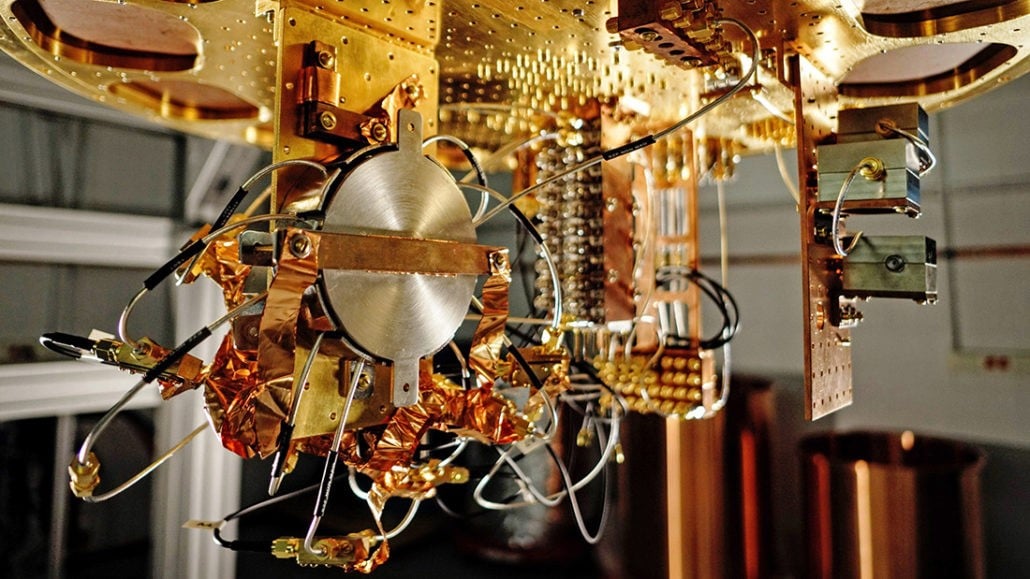 At the Consumer Electronics Show (CES) this year, IBM announced that its quantum computer Raleigh has achieved the goal of doubling its Quantum Volume to 32, up from 16 last year. As a matter of fact, IBM has been successful in doubling its systems’ Quantum Volume each year since 2017 when its computer Tenerife demonstrated a Quantum Volume of 4. This simply means the computer has doubled its potential for solving more real-world, complex problems.

Even for those of you who are well-acquainted with the nuances of traditional computing, the terms ‘quantum computer’ or for that matter ‘Quantum Volume’ may sound Greek. And that’s pretty understandable. Quantum computing involves the application of quantum physics, which may be too abstruse for many of us.

Here, in this article, we shall try to deal with the subject of quantum computing in the simplest manner possible. So, let’s begin.

How does a conventional computer work?

Before we dwell on the basics of a quantum computer, let’s understand how a conventional computer works. This way, you will be able to appreciate the difference better.

Any traditional computer (like the one you use in your office or home) stores and processes information using switches called transistors. These switches are similar to the ones you use at home for turning on or off your electrical appliances. This transistor can either be on or off. If it’s on, it can be used for storing number 1. If it’s off, it can store 0.

Long strings of 0s and 1s can be used to store any number, text or symbol. Each of the 0s and 1s is referred to as a binary digit (bit) and using a string of eight bits, you can store 255 different characters (A-Z, a-z, 0-9 and commonly used symbols). A conventional computer calculates by using circuits called logic gates that are made of transistors connected together.

So, how are quantum computers different? 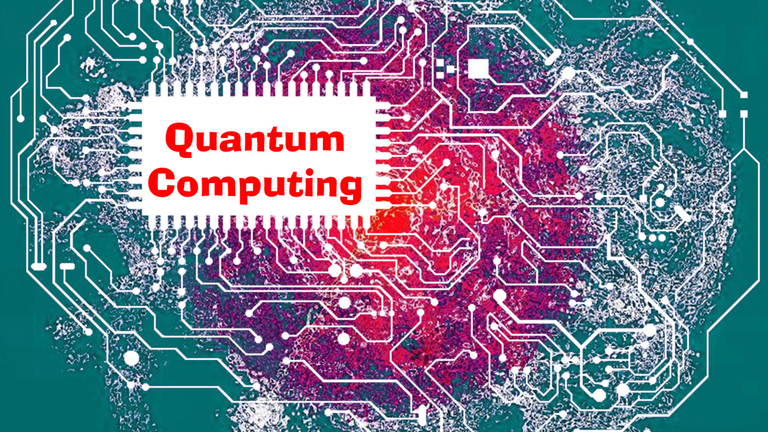 Quantum computers do not use bits to store information. They use quantum bits or qubits. Each qubit can not only be 0 or 1 but also be both 0 and 1 at the same time or even an infinite number of values in between. Now, why does this happen and what does it mean?

This happens because quantum bits are subatomic particles i.e. protons and electrons. Because they are subatomic particles, they do not follow the laws of classical physics. They follow quantum physics instead. One of the basic tenets of quantum physics is the principle of superposition where a particle can exist in multiple states simultaneously, at least until the state is measured and collapses into one.

So, quantum bits can exist in multiple states (including 0 and 1) at the same time. This simply means they can store multiple values at once and process them simultaneously. So, instead of working in a sequence (i.e. doing one thing only after the previous one is finished), a quantum computer can work in parallel (i.e. doing several things simultaneously). This property makes it a million times faster than a conventional computer.

When a quantum computer starts crunching through a problem, the qubits are in their hybrid state. When the solution is found, the qubits collapse into one of the possible states (0 or 1) for returning the solution.

So, what difference will quantum computers create?

Certain problems are so complex that they cannot be solved using traditional computers. They have too many possible solutions and the solution is derived through trial and error, guessing until the answer is found. It would take traditional computers thousands of years to arrive at the correct solution. 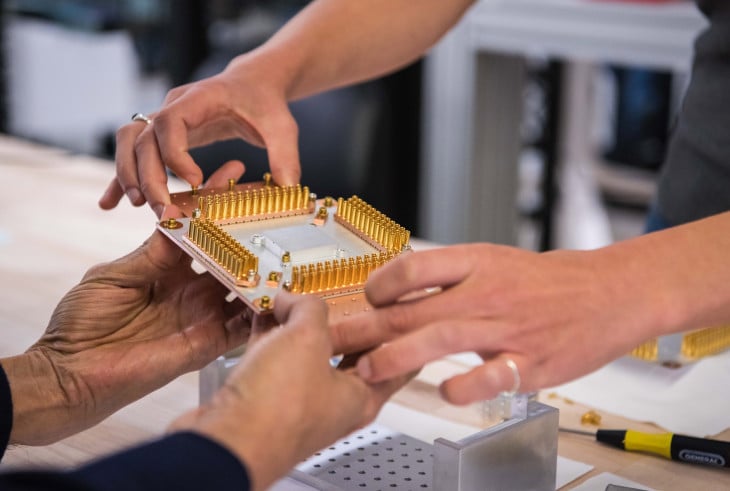 The superposition property shown by quantum bits will slash the guessing time exponentially. While traditional computers make one guess at a time, quantum computers will make multiple guesses, thanks to their multiple states.

So, calculations requiring complex guesswork such as the simulation of atomic structures will be easy to carry out. As a result, scientists will be able to create new compounds for use in manufacturing.

Researchers will also be able to simulate other complex systems like genetic mutation patterns, financial models and economic market forces. This will offer impetus to path-breaking research work in genetics, finance and economics.

Is there a dark side to quantum computing?

Yes, like every revolutionary technology, quantum computers have their dark side too. Quantum computing can have significant repercussions on cryptographic encryption that secures our computers and underpins modern internet communication.

Robust encryption is what keeps our data and messages secure. But in the presence of exceptionally powerful quantum computers, the odds of bad actors breaking these encryption algorithms to access sensitive information increase exponentially.

How far are we from quantum computers?

Though they were proposed around 3 decades back, the concept of quantum computers remains largely theoretical even to this day. Starting with some breakthroughs in the year 2000, a Canadian company D-Wave Systems announced in 2011 that it has created a 128-qubit computer.

Later, in 2016, Isaac Chuang from MIT and scientists from the University of Innsbruck developed a 5-qubit, ion-trap computer that could potentially evolve into a powerful encryption buster.

Post-2016, more and more breakthroughs were unveiled in this field. In 2017, for instance, Microsoft announced that it has developed a quantum development kit including a special language Q#, especially for quantum computing applications.

The very next year, Google unveiled Bristlecone, a 72-qubit quantum processor that could be harnessed for research in areas of quantum simulation, optimization, and machine learning.

In October 2019, Google claimed to have attained what it called ‘quantum supremacy’. As per Google, their newly developed 54-qubit processor, Sycamore needed just 200 seconds to compute a super-complex algorithm which even the world’s fastest supercomputer would have taken 10,000 years.

This claim was disputed by IBM. As per IBM, the said calculation could be completed by an existing computer in less than 2.5 years and not 10,000 years, as claimed by Google. 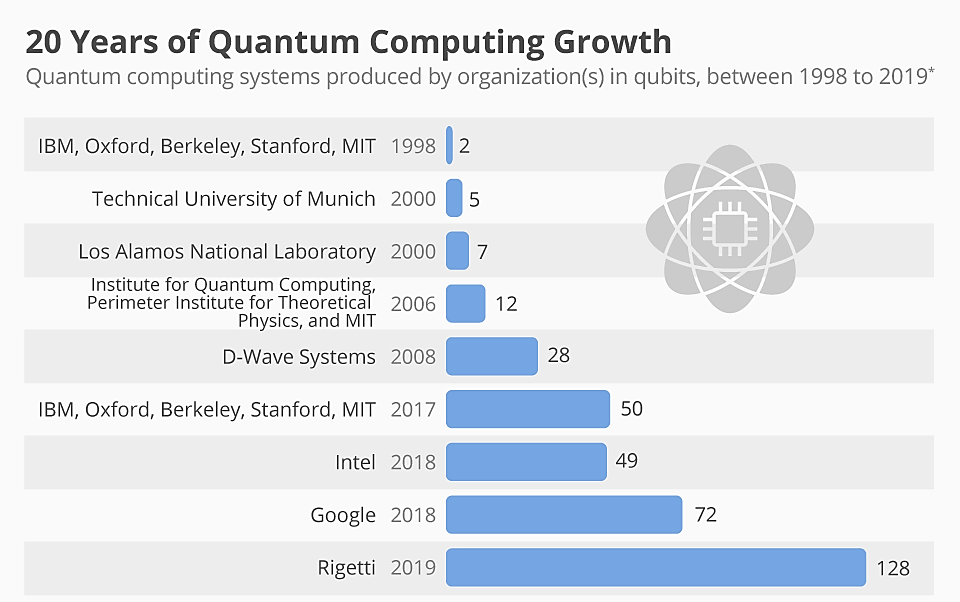 Figure 2: The chart shows the quantum computing systems produced by organization(s) in qubits between 1998 and 2019. (Source: Statista)

So, while we have seen many breakthroughs happening in quantum computing of late, we will need to wait for several decades before we witness its practical applications. Google may have claimed to have achieved the pinnacle of quantum computing, but what Sycamore performed was just a benchmark test that has no real-world applications, so Google can’t deploy it for solving practical problems anytime soon.

Besides, quantum bits are stable only at cryogenic temperatures, so only governments and large corporations like IBM and Google can afford to keep a quantum computer at their premises. The rest of us would have to depend on cloud computing.

Need more such blogs on quantum computing? Let us know in the comment section below. Thanks for reading.