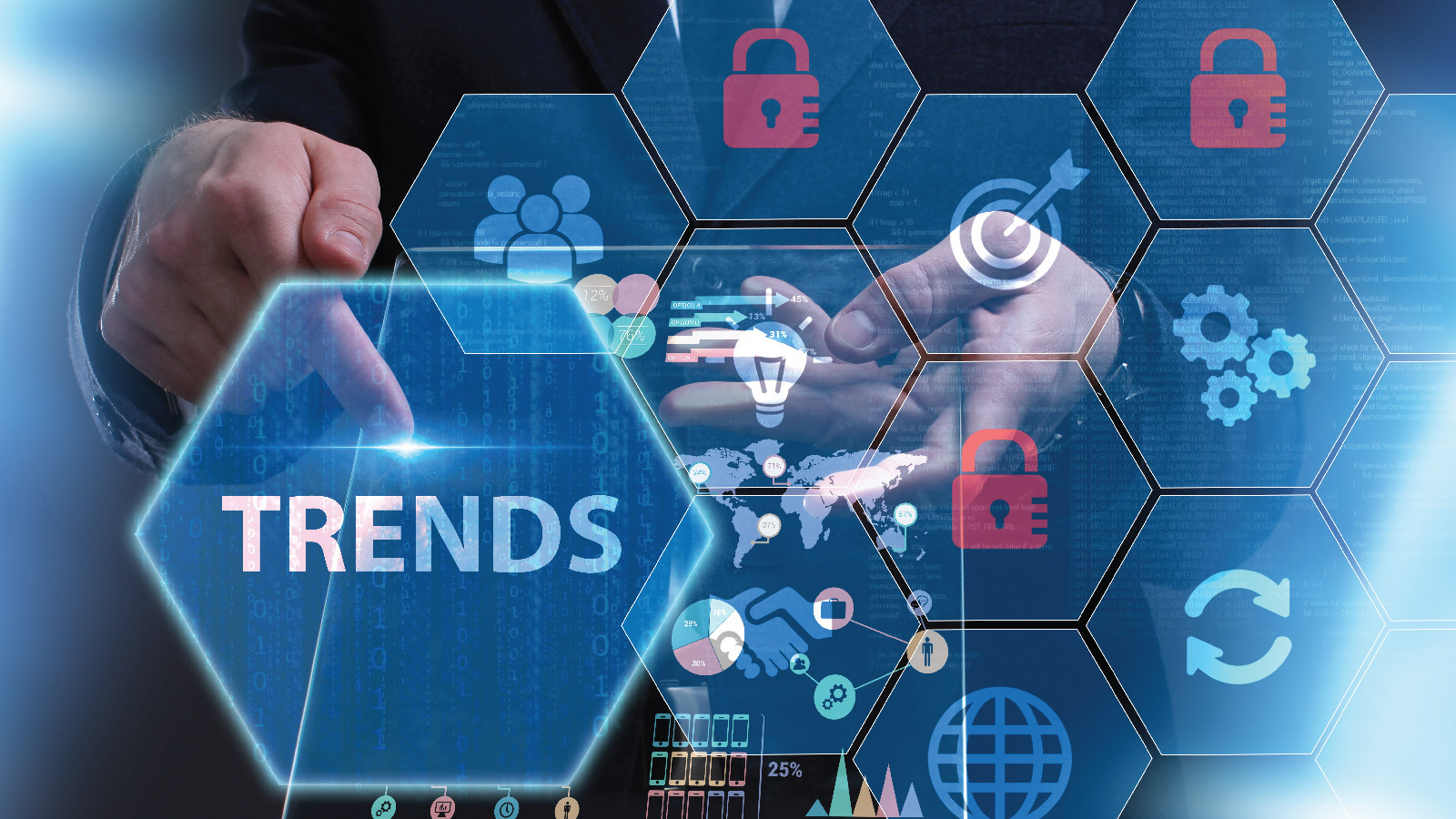 As we embark on a new decade, the world bears witness to novel technologies propelling the world forward. Be it driverless cars, humanoid robots or 3D printing, breakthroughs are happening every now and then. We have already witnessed how technologies have kept us functional during the distressful times of COVID-19 marred with lockdowns and isolation. Emerging technologies not make our world more resilient but, in the long run, fundamentally change how we work, how we trade, how we interact, how we learn and how we seek services.

Let us have a look at the latest technology trends for 2020. 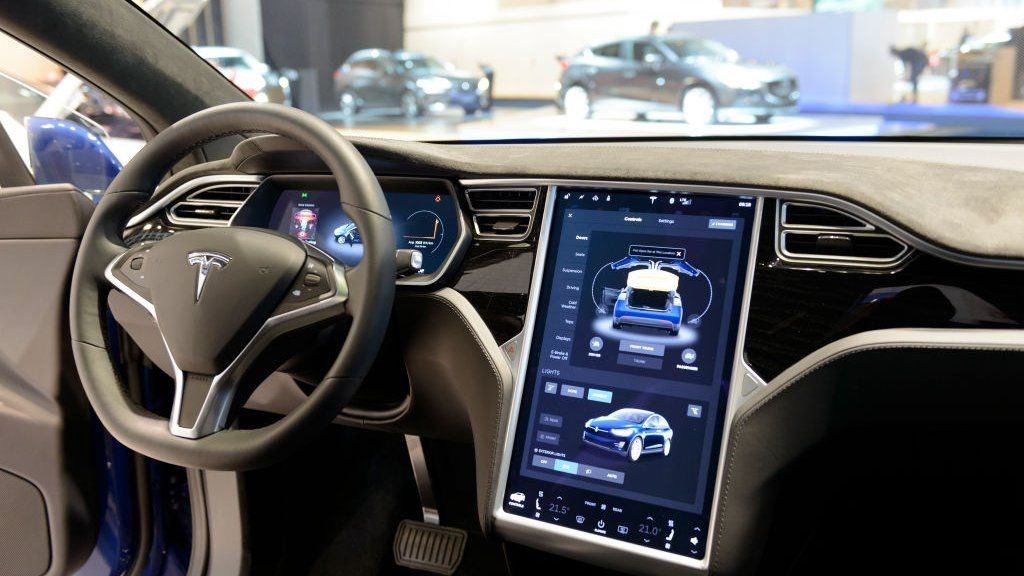 Till recently, driverless cars were associated with a dystopian future world ruled by robots. Now, they are expected to become a reality soon thanks to companies like Tesla, Alphabet and Waymo trying to accomplish the objective of building autonomous vehicles.

Tesla founder Elon Mush who aims to go big in the industry claims to launch a fully-autonomous vehicle by the end of this year. In words of Musk, “I think we will be ‘feature-complete’ on full self-driving this year, meaning the car will be able to find you in a parking lot, pick you up, take you all the way to your destination without an intervention this year.”

So far, Tesla has been able to achieve level 2 and 3 in autonomous driving where its cars can be switched to autopilot mode but require humans to take control if the system is unable to execute tasks. This is because functions such as automated braking, lane-changing and automation of other systems are yet to be streamlined.

In addition, the regulatory and legal authorities need to modulate laws for autonomous driving. We need changes in the existing infrastructure as well as our social attitudes before we fully embrace driverless technology. That said, the probability of an autonomous vehicle cannot be ruled out in the days to come. 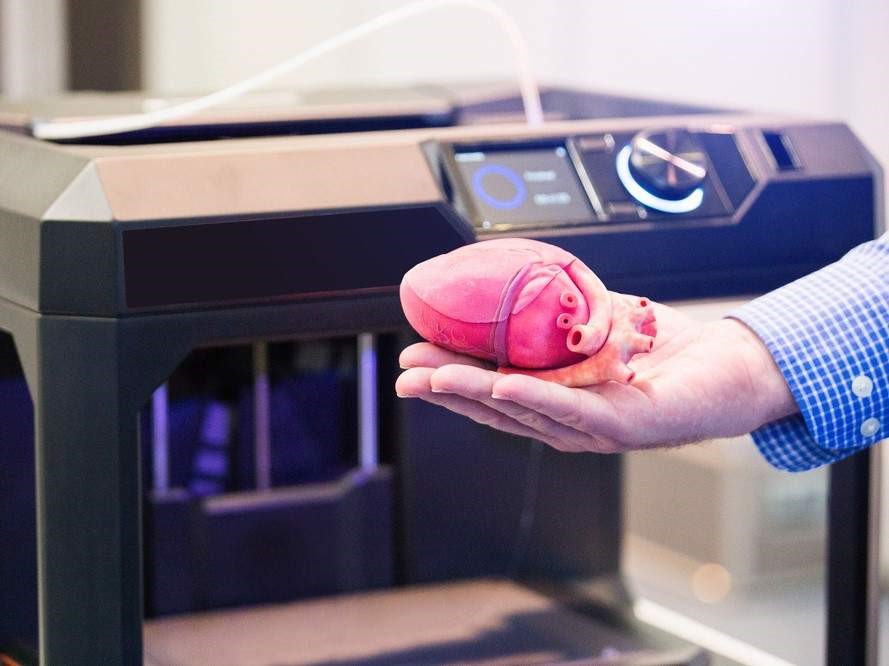 Developed in the ‘80s, 3D printing has been applied to several industries including medical technology. Medical imaging technologies such as CT scan, X-ray, MRI and ultrasound are used to create a digital model that is fed into a 3D printer to get more copies.

Medical technologists are capitalizing on 3D printing to create organoids, surgical tools as well as prosthetics. Bioprinters are being used to create organoids mimicking human organs; organoids find usage in medical research and viewed as possible alternatives to organ transplants.

The Wake Forest Institute in North Carolina, for instance, has built a 3D brain organoid that has a completely cell-based blood-brain barrier and finds potential applications in disease modelling.

3D printers also produce sterile surgical instruments such as forceps, hemostats and clamps. A key benefit of using 3D printing over traditional manufacturing is that it curtails the production cost significantly.

3D printing can also be used to build prosthetic limbs that are customized to fit the wearer. Manhattan-based start-up Body Labs that specializes in human 3D models has built a system that allows patients to model their prosthetics on their own limbs and create a natural fit and appearance. 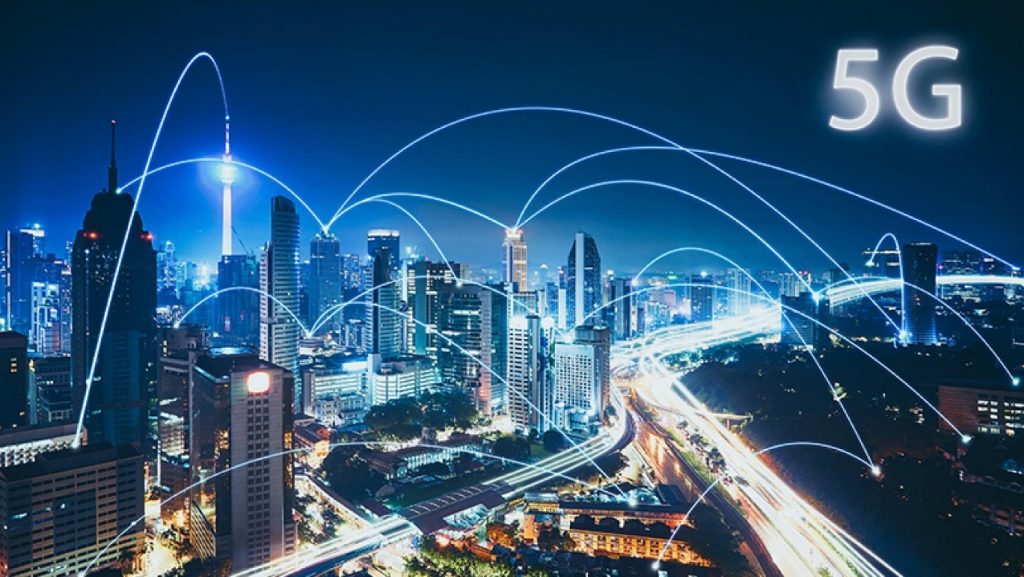 The fifth generation of mobile connectivity, also called as 5G, has always remained a buzzword in technology circles. When AT&T introduced 5G mobile networks in late 2018, they were little expensive and confined only to certain cities. As technology becomes more advanced, it will bring ultra-fast upload and download speeds as well as more stable connections at affordable prices. No wonder, 5G is being dubbed as the future of communication.

As companies are expanding 5G coverage into newer areas and new devices compatible with 5G technology are being rolled out, things are getting better.

5G is being looked upon as a foundational technology that will supercharge areas such as augmented reality/virtual reality, self-driving cars, artificial intelligence and the internet of things (IoT). Increased bandwidth will lead to collection to more data at all levels.

If properly implemented, 5G will create a hyper-connected world where everything from sensors to security cameras and smartphones will be linked. But to take 5G technology everywhere, mobile network carriers will need to increase bandwidth and bring down network costs and that will take a couple of years.

Read: 5G: Everything you need to know about the wireless revolution 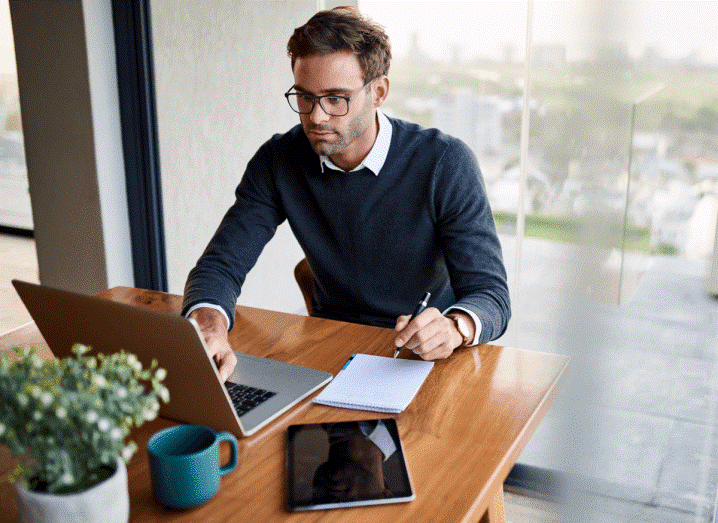 As the world reels under the COVID-19 pandemic, organizations across the world are switching to working remotely. With work-from-home becoming the new normal, it is expected that 40% of the existing full-time employees may transition to a remote working arrangement within the next 10 years. This will have a huge bearing on how people communicate and collaborate within a professional set up.

Businesses seeking to shift their workers to a remote working arrangement are offering their employees the right set of tools to support their activities. They are planning for increased outlays on IT infrastructure such as cloud platforms to enable employees to collaborate effectively.

Virtual collaboration tools such as Slack, Skype, GoToMeeting, WebEx, Dropbox and Google Drive are becoming more mainstream within organizational setup. While apps like Slack facilitate seamless communication between team members, video conferencing tools like Skype are helping them collaborate in real-time and face-to-face.

Virtual project management tools such as Microsoft Teams, Trello and Asana are similarly expected to witness higher usage in the days to come. By allowing team members to set their goals and track their progress, these tools make project management a breeze. The need for in-person meetings is greatly reduced. 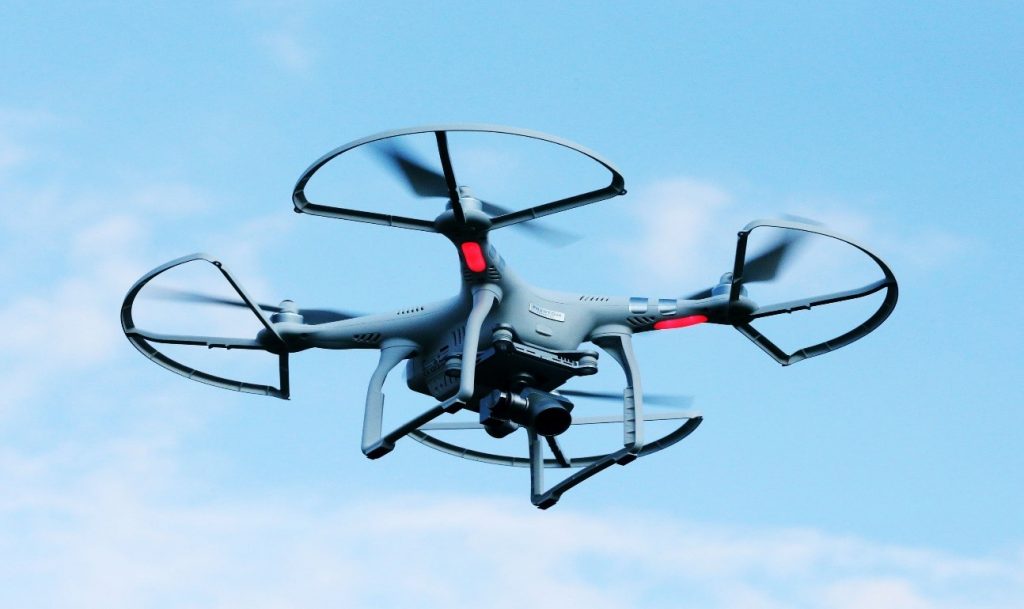 Another technology trend for 2020 is drones. Drones or unmanned aerial vehicles (UAVs) have been used for over decades now but over the last few years, their adoption has grown significantly. Drones have become central to the functioning of several businesses and government organizations and have proved beneficial in reaching areas where men cannot go and perform in a timely and efficient manner.

Drones are usually controlled by a remote or a smartphone application and can reach even the most remote areas with little effort, time and energy. For this reason, they are being widely adopted in military, media, shipping and delivery, disaster management, 3D geographic mapping, archaeological surveys and weather forecasting.

Military and defense governments of many countries have been using drones for bomb detection, surveillance and airstrikes. Military operations conducted with drones help defense forces in the execution of high-profile and time-sensitive missions. According to a study by Goldman Sachs, the global military spending on drones will increase to $70 billion by 2020.

In the media industry, journalists are using drones to capture aerial footage for a live broadcast. YouTubers rely on drones for high-quality videos for their logs.

E-commerce giant Amazon has recently unveiled the latest version of delivery drone that’s capable of vertical take-off and landing and sustained forward flight. The company plans to launch a delivery service using the drone in the coming months. 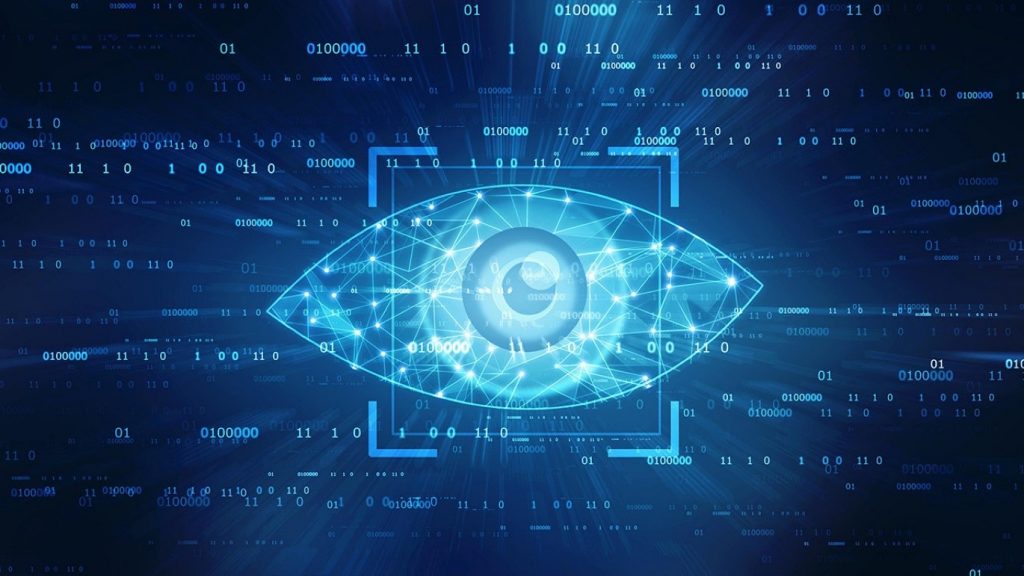 In the world of computers, vision involves systems that can identify items, places, people or objects from visual images. It relies on artificial intelligence that trains computers to understand the visual world.

Deep learning plays a vital role here. Deep learning models based on artificial neural networks are fed with thousands of labelled or pre-identified images to train them. Once trained, these models can identify or classify objects.

Computer vision has an immense range of applications in different industry verticals. Brick and mortar retailer stores use the technology to understand how their customers behave. They can track customer movements, analyze navigational routes and identify walking patterns; all this information helps them decide how they should place items within the store to maximize sales.

Manufacturing organizations are leveraging the technology to implement predictive maintenance and identify defects in components throughout the production line. In agriculture, computer vision plays a significant role in detecting disease, insect and pest infestation. There are applications to assess potential defects in soil quality through mobile phone images. 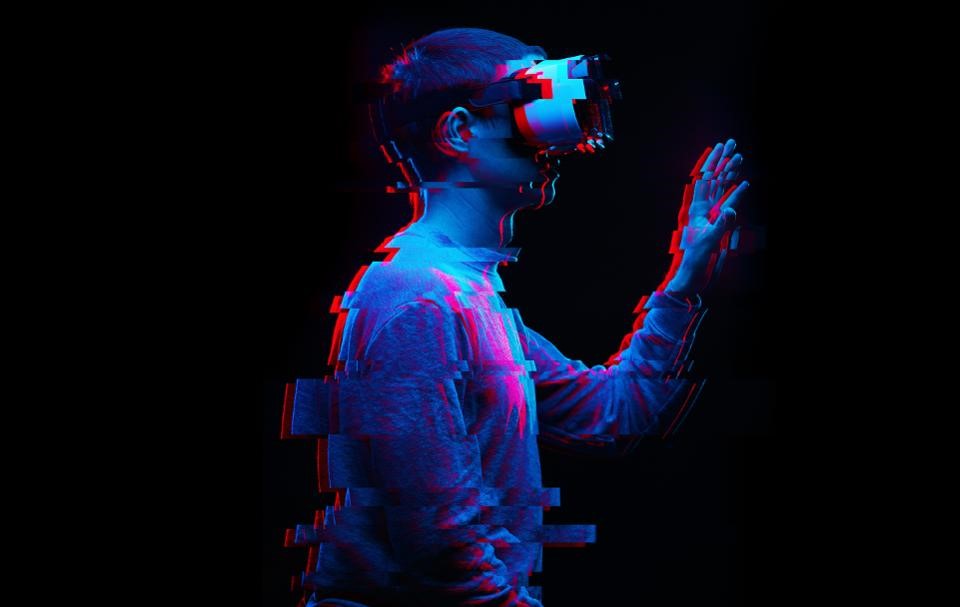 In augmented reality (AR), the virtual objects are overlaid on the real world. These may include images, text and animation. The most well-known instances of augmented reality include the mobile game Pokémon Go where digital creatures are overlaid on the real world. In virtual reality (VR), an immersive simulated digital environment is created. In contrast, in mixed reality, also referred to as hybrid reality, digital and real-world objects coexist and interact in real-time.

Over the years, several practical applications of extended reality have been developed. The technology allows customers to try products before buying them. Ikea, for instance, allows customers to place furniture virtually into their homes through their smartphones.

Extended reality also offers hyper-realistic tools that allow soldiers, pilots, astronauts, etc. to learn to respond to dangerous situations. Real-estate players use XR-based applications to allow their potential buyers to walk through a property and decide if they want to purchase it.

Read: Extended Reality: What is it? And how will it benefit businesses? 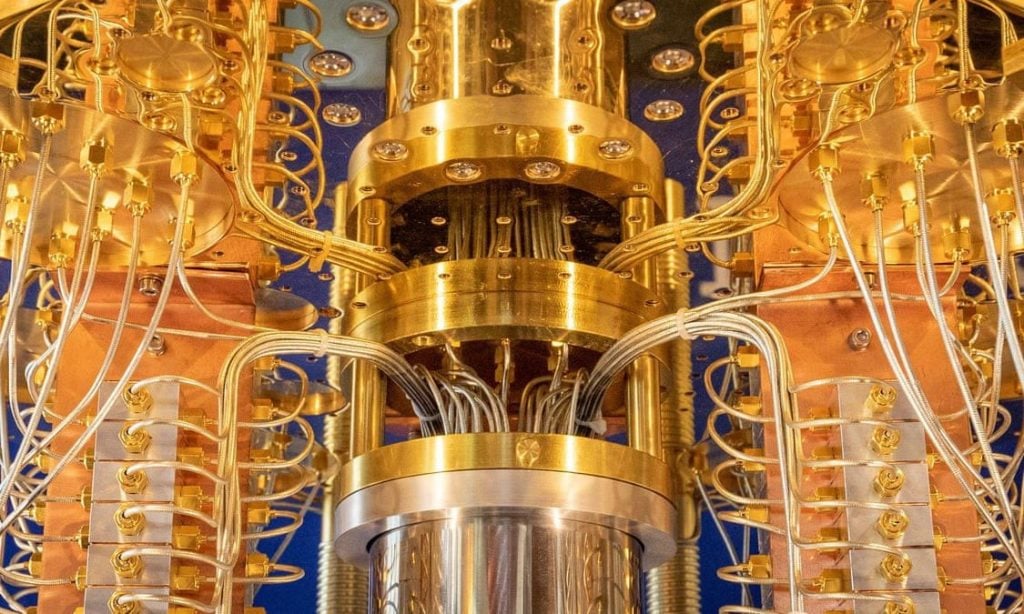 As the industry faces a data deluge in 2020 and beyond, we expect quantum computers to come to our rescue. Based on the principles of quantum physics, quantum computers work a million times faster than a conventional computer. Quantum computers do not use bits to store information; they use qubits or quantum bits instead.

Each qubit can store multiple values at once and process them simultaneously. They can implement many tasks concurrently and this makes them capable of solving problems with complex calculations such as simulation of atomic structures, financial modelling or economic market forces. This can offer impetus to ground-breaking work in science, finance and economics.

In 2019, IBM announced that its quantum computer Raleigh has achieved the goal of doubling its Quantum Volume to 32. The same year, Google claimed that their newly developed 54-qubit processor, Sycamore needed just 200 seconds to compute a super-complex algorithm which even the world’s fastest supercomputer would have taken 10,000 years.

So we see corporations like IBM, Google, Microsoft, Alibaba and startups like D-Wave Systems and Rigetti have moved into quantum computing space. As a result of these developments, we expect the technology to become available through cloud services a few years down the line. 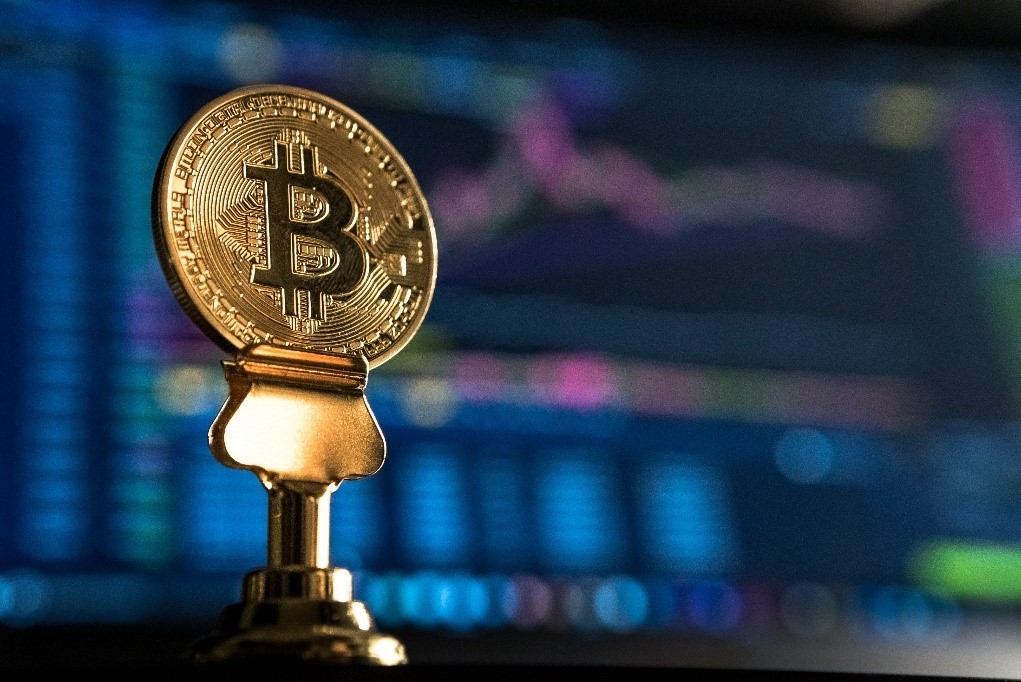 One of the technology trends for 2020, Blockchain, is the underlying technology that has made Bitcoin possible. Following the success of Bitcoin, new applications of Blockchain are being discovered in diverse areas including real estate, identity verification, food quality control and electronic voting.

For those who don’t know, Blockchain is a distributed digital ledger that keeps a record of transactions; these transactions could be a movement of goods, currency or data. Transactions that are added to the Blockchain cannot be modified under any circumstance; so Blockchains are considered a highly secure technology for recording transactions.

Insurance company AXA has built an insurance product Fizzy that uses Blockchain platform to offer automated compensation to policyholders whose flights get delayed.

So, all in all, the Blockchain technology holds enormous potential to make transactions secure and stakeholders accountable. However, its large-scale adoption involves an array of challenges that need to be addressed.

These are some of the technology trends for the future that will affect businesses in the upcoming decade. Businesses keeping up-to-date with these trends will enjoy an edge over their competition.