A Complete Guide To Cognitive Computing: Its Meaning, Benefits, And Applications 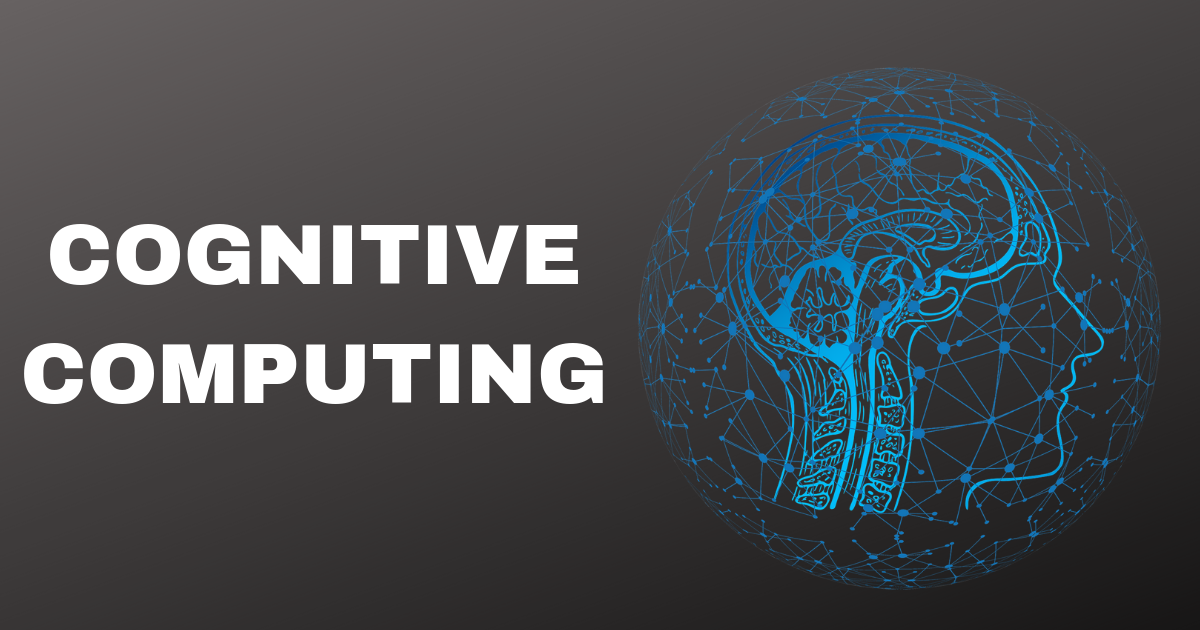 So, what is cognitive computing?

We all know the meaning of the word ‘cognition’ which is related to the human mind and its intellectual approach. But does the human mind think the same for every possible question?

For a mathematician, it means 4.

For a phycologist, it means a family; mother, father, and two children.

And, for a car manufacturer, it’ll mean that there are two front seats, and 2 rear seats.

So, the answer to the above question is no, the human mind doesn’t think alike for the same scenarios.

Since the inception of computers, their motto is to serve humankind. There are advanced form of computers that work on rigid algorithms, and we can program a lot of things through them, but then, there are some computers that mimic the human brain, how they process thoughts, how they act, and their behavior.

This is what cognitive computing is all about.

What Is Cognitive Computing?

As per its definition, cognitive computing is that branch of science that solves complex human thought problems and processes them in a computerized model. This is done using self-learning algorithms like data mining, pattern recognition, natural language processing, helping to mimic the way the human brain works.

In simple words, cognitive computing involves the study of the human brain and how it functions. This division of computer science has far-reaching impacts of different business segments like healthcare, education, and much more.

What Is The Goal Of Cognitive Computing?

Cognition is an amalgamation of context and reasoning. Coming over to cognitive systems, it mimics the human mind and how it processes. These systems analyze the information and draw inferences using probabilistic analysis.

Now, what is probabilistic analysis?

It is an approach to estimate the computation complexity of an algorithm. It begins from an assumption and the probabilistic distribution of the set of all possible inputs. They keep on learning from the data and reprogram themselves continuously. This can be understood from the example, the best chess player in the world is not a human, neither a computer. It is the amalgamation of the best of human and the best of computer systems.

In other words, you can think of cognitive systems, as the best of human and the best of the computer combined.

What Are The Different Properties Of A Good Cognitive Computing System?

Thinking about whether there is any master cognitive computing system that we just talked about?

Well, IBM’s Watson is one such system that involves deep learning algorithms, and neural networks, to process the information and then compare them in a set of data. Furthermore, the more a cognitive system like Watson is exposed to data, the more it learns, and the more accurate it becomes over time.

For any cognitive system to work, it must possess the following key attributes.

How Does Cognitive Computing And Artificial Intelligence Differ?

Throughout computing expeditions, from self-driving cars to personal assistants, machines have already learned to write, speak, see, hear, learn, and reflect. But in cognitive computing, the big question is, can machines understand? For a machine to be an exceptional agent, it’s not enough to know the words you talk about and give you responses in return, but they should be able to understand what you want, and then provide you with assistance in that context.

Many-a-times, cognitive computing, and AI are said to be similar. They might hold some similar characteristics, but the two computer sciences are very different in many ways.

The following table talks about cognitive computing vs AI, and which one of them is better for which industrial segment. Frankly, cognitive computing is the best possible aid for healthcare providers and nobody can vouch for them to be replaced by AI agents.

The Top Examples Of Cognitive Computing In The World

Cognitive computing is said to be the third era of computers, bringing humanlike thinking processes into machines. If Gartner has to be believed, it said that cognitive computing is going to disrupt the digital sphere, unlike any other technology, in the last 20 years.

Cognitive computing has made it easy for machines to align with real-life scenarios. Therefore, it acquires a host of benefits for companies that employ in its R&D. These include:

Unlike any other computing systems, cognitive systems are highly efficient in collecting, realigning, and cross-referencing of the data. For example, IBM Watson has helped physicians to collect and analyze medical data from various sources like the previous medical records, medical journals, diagnostic tools, and previous related medical data. This helps in providing a data backed up treatment that is fruitful for both the doctor and the patient. So, instead of replacing doctors as AI predicted, it employs a Robotic Process Automation to speed up the analysis and work in coordination with the doctors.

It can study a vast amount of data but simplify processes, reduce risks, and indulge in a more learned and efficient system. It prepares businesses for many emerging patterns, spot business opportunities, and takes care of critical tasks, all in real-time.

Since cognitive computing is all about providing relevant, contextual, and valuable customer information, it doesn’t need to interact with other staff members and still provide the needy details to the customers. This enhances the customer experience and indulges in satisfactory services while keeping them engaged with the business.

No technology is perfect. Cognitive computing might have the potential, to change the way machines and humans interact and comprehend. But it still suffers from certain challenges in its path towards greater adoption. These include,

With every technology, security is one of the issues associated with it. Since cognitive computing will handle a lot of data, many people are concerned with data security and encryption levels.

Cognitive computing will have to, therefore, resolve issues related to security breaches by developing an effective security plan to maintain data integrity.

Humans are resistant to change because they are comfortable with their nature and surroundings. Furthermore, since cognitive technology has the power to learn like humans, it turns the fear of machines replacing humans, true.

However, the objective of cognitive computing is to work in sync with humans and not replace it. Therefore, humans have to be nurtured for this technology. They will have to realize that this human-machine interaction is what will bring good to the world and humankind as well.

Development cycles that need a lot of time, money, space, and workforce make it harder for companies to adopt as a tech for the future. With time, the development cycles shorten and become versatile for adoption.

Cognitive computing can be implemented across multiple industry segments without lengthy development cycles that too in a limited amount of time.

So, what makes cognitive computing different from other forms of computing?

The answer is simple.

Cognitive computing is self-learning. This means that after cognitive systems receive initial instructions, they can very much learn other things on their own, depending on the data you feed to them.

It works on machine learning models. This means that it can learn from the data to decipher insights, without actually being programmed as to where they have to look.

It can perform human-like tasks. The system is educated to recognize human languages, understand objects, and perform highly specialized tasks.

It is intelligent. This means that it can, not only understand inputs like text, voice or video, but also reason and provide outputs.

The following are some fields in which cognitive computing is being applied.

It can be used for handling a large bunch of students, and since it remembers everything about a student, it can encourage better performance.

It can also be used in research dealing with a large amount of data.

This is one of the biggest uses of cognitive computing. It can analyze patient history, and current state by reviewing various parameters and devise conclusions such as diagnosis, treatment, etc. It can even prepare personalized diet and nutrition plans according to any patient.

It can help in market analysis and guiding investments. It can study a company’s history of shares concerning several factors like political, social, etc.

Cognitive computing is going to transform everything around us, the way we live, how we work, our thinking patterns, and much more. It is, therefore, a powerful tool that can automate manual processes using technology.

For organizations that want to reap maximum benefits out of it, they will have to analyze processes, data, talent model, and the market that it operates it. With so much to offer by cognitive computing, humans and machines can transition and make the future a bright and efficient one.