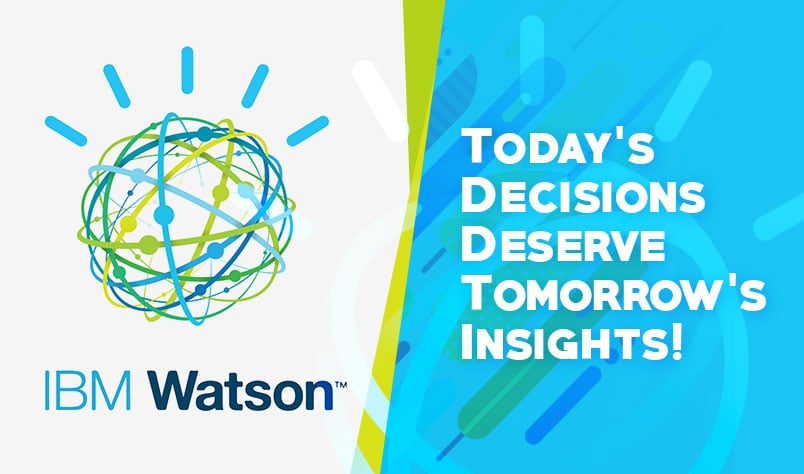 For hundreds of years, the strategies of answering complicated riddles and complex puzzles have been painstakingly devised by Zen Buddhists in “koan-riddles”, used for unravelling truths!

These Zen masters had the answers to all of life’s stories, questions, or dilemmas in the form of “koans”, derived by the collection of thoughtful answers, accumulated by Chinese monks – and so does IBM Watson, in today’s world!

Watson’s ability to understand natural language in reference to other languages and relating them to the task at hand with conscious awareness and experiential learning simplifies everything.

Watson also has the ability of handling pictures in context and relating them to linguistics, it analyzes movie scenes, objects, faces, and content in next to no time!

Expanding features from text to speech, speech to text, temperament insights, tone analyzer, information analysis and much more, Watson offers catalogs of machine learning for better insights, like winning the AT&T Hackathon by playing the latest edition of the Pokémon board game!

1. SEAT – an automobile company (based in Spain) operates in-line with the IBM mobility advisor proof-of-concept, backed by Watson AI operations

SEAT & IBM developed solutions designed for reworking of cars on roads. With IBM Watson’s AI, the creation of better features in reference to daily transportation and thus increased options in vehicles such as cars, to scooters, to bikes and other transport modes!

Along with development of feature designs such as mobile applications across 4G/5G networks, the quality adviser feature of IBM Watson offers optimum interfaces for optimization of operational routes across varied transportation modes.

IBM Watson technology delves deep into designing Chatbots software. Let’s take an example wherein an insurance customer is looking for answers to questions that are related to his or her claim. Of course, insurance companies are quite overwhelmed with queries of high insurance amounts. With faster responses enhancing the customers’ trust, IBM Watson has made a mark in the artificial intelligence chatbots industry for sure!

Watson AI capabilities enable chatbots to navigate topics simultaneously, as chatbots are capable of handling complex customer data. Additionally, with voice agents which coordinate all voice calls, speech-to-text and text-to-speech translations, IBM Watson is the most sought after technology in the near future for chatbots.

Go SDK, or Software Development Kit, is available from Github for designing new micro services for deeper utilization of AI functions that run on Watson.

Aristotle had a theory of “instinct as well as intelligence”, where he distinguished animals from humans, as he believed humans have the gift of “reason”, while animals solely follow “instincts”!  2000 years later, it was discovered that animals who follow instincts are indistinguishable from robots that are following “programmed language”.

With Darwin’s evolution hypothesis, stating evolution and intelligence only evolve through experiences, consider an example of an earthworm which learns ways of dragging leaves to its burrow, or of elephants who try ranging into inaccessible places, or crows making their own tools for digging to octopuses who learn how to open jars. IBM Watson is a fantastic extension to Aristotle’s ideas and Darwin’s theory! With technology delivering deeper insights, all the assets of Watson have come up as the most thoughtful and expeditiously managed features. Watson meets the dynamical necessities of modern tech businesses by enabling dramatic transformation of business processes. The IBM Cloud’s combination with Big Data analysis, linguistics modeling and prognostic insights makes Watson smarter. Simply put, IBM Watson maximizes the worth of every project it touches – something that resonates very well with the core idea that drives Cyfuture!

Can it really turnaround the things?

Very impressive article! The blog is highly informative and has answered all my questions.