Blockchain Technology: An intuitive guide you will ever read in 2022 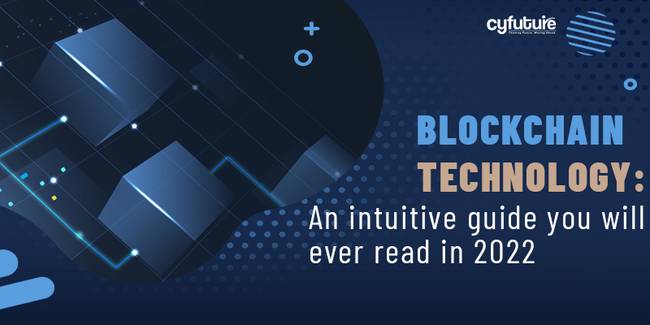 Blockchain was started as a distributed ledger in 2008. Now accepted as the most trustable way by millions to sell, buy, and crypto transactions of over 1 trillion dollars. Since then blockchain technology has become huge on its own.

Blockchain offers security, transparency, immutability, and traceability across a distributed network and makes it suitable for use cases.

To better understand blockchain technology, you need to be a good diver because without diving deep into this blog you don’t understand it.

Mainly, Blockchain is the backbone of bitcoin and cryptocurrency. Initiated as the distributed ledger, now go beyond the crypto. It allows the distribution of digital information over multiple nodes in the network. In addition, it uses in other infrastructures also.

Hence, The limitation of Blockchain is not fixing to this only, it is much more than this. Thus, we cover the following points in this blog, have a look.

Ready to dive in.

What is Blockchain Technology?

As defined earlier, a blockchain is a distributed ledger or database, that is shared among peer-to-peer network nodes. The main purpose of blockchain is to store information electronically in digital format.

Mainly, the crucial role of blockchains in cryptocurrency makes it popular. The most popular one is Bitcoin, we use it for maintaining a secure and decentralized record of transactions. Additionally, Blockchain guarantees security to records of data and without any third-party validation, it generates trust.

As the name suggests, a blockchain is a combination of data blocks that combines together to create a continuous chain of immutable records. These blocks follow the sequential order to join and get an exact timestamp when it is added to the chain. To avoid failure, each computer present in the network maintains a copy of the database.

The crucial difference between a blockchain and a typical database is how the data is structured. The information collects in groups or blocks in the blockchain. Each block has specific storage capacities. Once one block is filled, another block is automatically linked to the previous one and in this way, it forms a chain of blocks.

How Does a Blockchain Work?

The purpose of blockchain is to record and distribute digital information but not edit it. Hence, a blockchain is a base of unchangeable ledgers or records. We can’t alter, delete, or destroy the transactions in the blockchain. As a result, blockchains are also known as distributed ledger technology (DLT).

Here’s an example to make you understand the working of the blockchain smoothly.

Suppose two parties A and B want to exchange some digital currency or a digital representation of any other asset. They Initiate the transaction in this step. 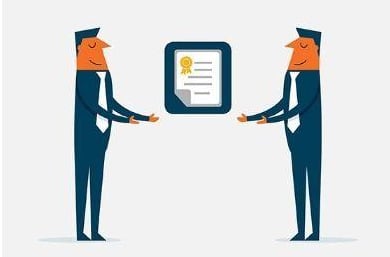 The transaction data is sent to the blockchain decentralized network of participating computer nodes. 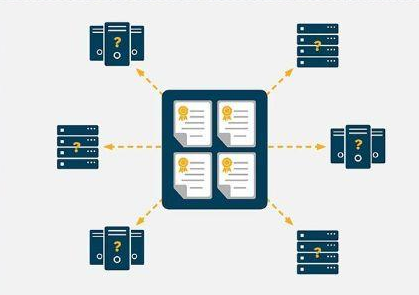 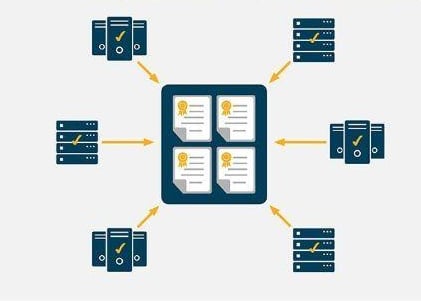 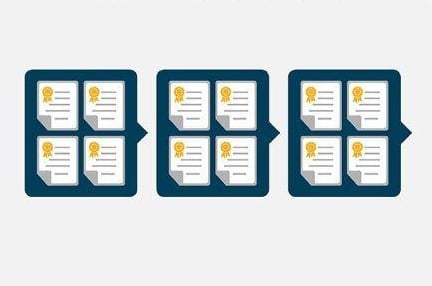 In this step, the encryption of the block completes. The unit of transaction moves from a party A to B.  Thus, the transaction record is permanent; you are not allowed to alter or remove anything on the blockchain. 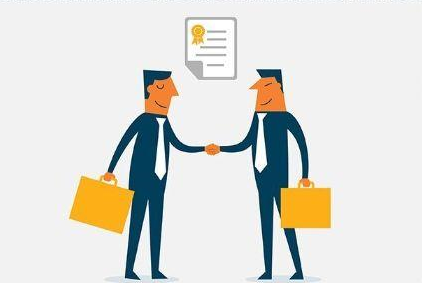 There are several reasons for choosing blockchain technology over others. Thus, it helps in the verification process of the multistep transaction and traceability of transactions.

With less compliance cost, it can provide secure transactions, and increase the speed of data transfer processing. Hence, the following are the reasons to opt for blockchain technology.

What is the use of Blockchain?

What are the characteristics of BlockChain?

A blockchain is a decentralized architecture with built-in security features to increase the trust and integrity of transactions. Through this section, we will let you know about the common characteristics of the blockchain.

Blockchain technology uses a core of our futuristic society i.e.decentralized service. However, it utilizes the processing capabilities of all participating users in the blockchain network. As a result, it decreases latency and removes the single point of failure.

Immutability is one of the essential features of the blockchain. Moreover, it has the ability to ensure the integrity of transactions by creating immutable ledgers.

In traditional centralized architectures, the databases can be altered and trusted by a third party. While in blockchain technology each block in the distributed ledger relates to the previous block constituting a chain of blocks.

Blockchain technology delivers a high level of transparency by sharing transaction details. However, the sharing of details among all participants and users is available in those transactions. There is no requirement for a third party in a blockchain environment. Hence, to improve the business friendliness and guarantee trusted workflow, the blockchain technology environment not required third-party.

Though security is a crucial issue for most new technologies, a blockchain provides better security. The reason is, that it uses a public key infrastructure that protects data from malicious actions. In addition, Blockchain removes the single point of failure, which affects the entire system.

A blockchain improves on the classical centralized architecture. By dividing database records among the users the involvement of those in the network. Furthermore, the transaction distribution makes the blockchain more transparent to verify all records stored in the database.

In terms of cost, settlement speed, and risk management, a blockchain is more efficient than the classical centralized architecture.

What are the different types of BlockChain?

The classification of Blockchain technology is as follows.

In this type of blockchain, anyone can join and check the transaction and verify it, just like Bitcoin and Ethereum.

The drawback of this type of blockchain is the requirement for computational power. In addition, little or no privacy for transactions, and weak security. Hence, these are essential points of consideration for enterprise use cases of blockchain.

It is a decentralized peer-to-peer network. In this type of blockchain, nodes will be restricted. That means not every node can participate in this blockchain, the management authority and access to data should be restricted in it.

Based on the use case, this type of blockchain can significantly boost trust and confidence between participants. Thus, this blockchain can be run behind a corporate firewall and even be hosted on-premises.

A consortium blockchain is perfect for business when there is a requirement of permission for all participants. That means, the node that had authority can be chosen in advance, and usually has partnerships like business-to-business. Thus, Hyperledger and R3CEV are popular examples of consortium blockchains.

What are the business benefits of blockchain?

Substantially, the key advantage of blockchain is its use as a database for recording transactions. The benefits extend far beyond those of a traditional database. Most notably, it eliminates the possibility of tampering by a malicious actor, as well as provides these business benefits:

What’s the future of blockchains?

Predication of any new technology is never easy, the same is with blockchain. There is an estimation that, if blockchain continues to move on the same path as it is going now then it affects several industries. Hence, the industry includes retail, mining, travel, healthcare, education, agriculture, and entertainment.

Substantially, blockchain affects financial services, especially with the increasing movement toward decentralized finance. To handle the complex financial use cases, we use this process for permission. As a result, not only private but governments organization will also likely continue to embrace blockchain.

However, think of the Ethereum blockchain as more like a powerful and highly flexible computing platform. It allows coders to easily build all kinds of applications leveraging the blockchain.

For instance, if you want to do a charity for thousands of people continuously for a year. Then, you can make it possible in a few lines of code with the Ethereum blockchain.

Read More: 8 Key Challenges to Be Addressed for Adoption of Blockchain

Undoubtedly, blockchain is essential for our society. Its impact is very high and unparallel to the current industries. After the successful use of BaaS and other improvements, it is the time of opting blockchain technology in the industries.

So, after going through this blog, what are your thoughts about blockchain? Do your think blockchain is advantageous for business or not?

Share your suggestions in the comment section. As well as, you can approach our support team for any assistance on blockchain technology.