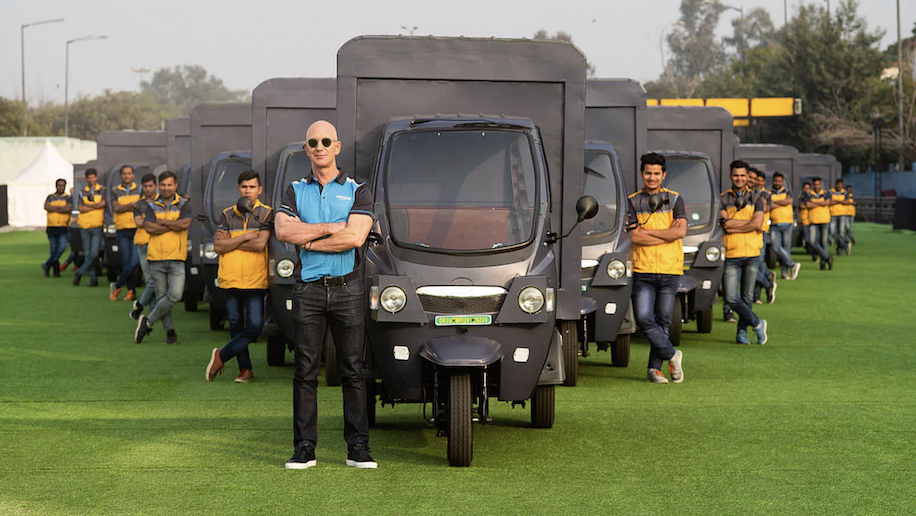 So you woke up one fine morning, picked up your newspaper and the headlines read, ‘Amazon CEO, Jeff Bezos, promises to roll out 10,000 electric rickshaws in India, by 2025. While you are reading the details, there is one thing that strikes your mind, ‘Is India on its way to become a rechargeable nation?’ You are not the only one wondering about this stance, the entire country has had such thoughts.

Probably, when the Royal Swedish Academy of Sciences, chose John B. Goodenough, M. Stanley Whittingham, and Akira Yoshino as 2019’s proud victors of Nobel Prize of Chemistry, they knew the power of lithium-ion batteries, their need in the market, and the electrifying world it will create in the years to come.

But the viable question that remains over here is, ‘With India importing lithium-ion cells from China, Taiwan, and Korea, constituting to USD 1.23 billion (2018-19), is such a dependence on imports, worth an Electric-powered India?’ While the Indian Prime Minister, Mr. Narendra Modi, is working towards his grand EV mandate, by reducing taxes, it is not the only obstacle in India’s journey towards launching an electric environment. 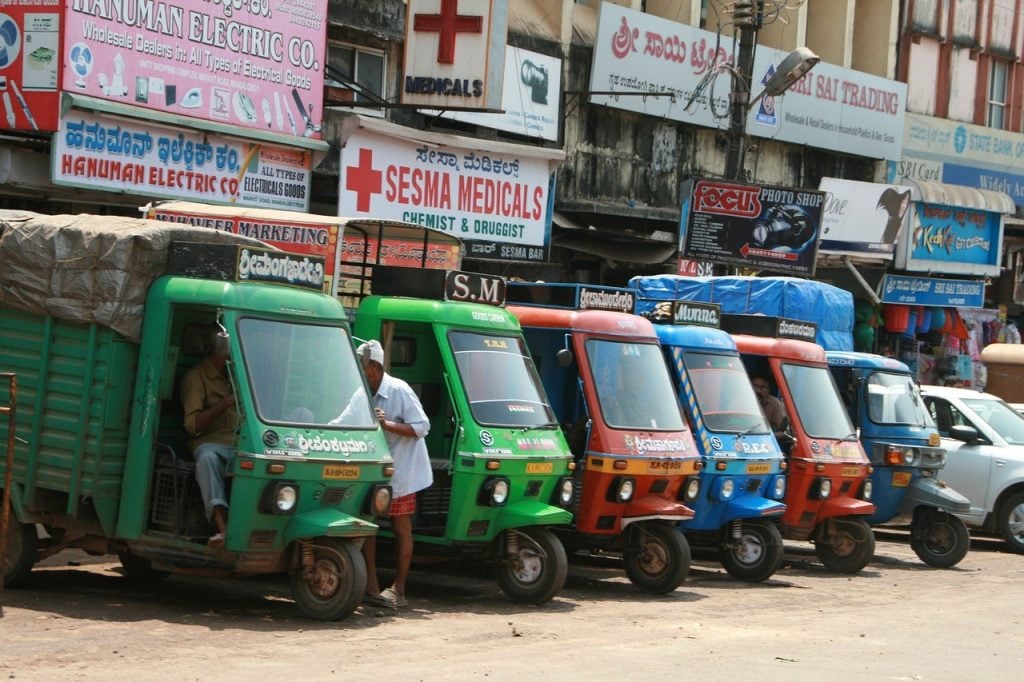 For a country that hasn’t revived from the economic constraints of demonetization, such huge import costs coupled with the worst air pollution numbers are a worrying aspect. While the Indian government is pressing hard on setting up of Giga factories in the country. However, the cost of such a surplus domestic demand is highly unlikely to be a price competitive with the Chinese imports.

Lithium-ion batteries have had a significant impact on the Indian audiences since they first entered the market, in 1991. A lithium-ion battery consists of three basic components; the basic cell, the battery pack, and the battery management system. A complete battery unit consists of several cells packed together and controlled by the battery management system. In recent years, lithium-ion batteries are taken up to a new task, liberating the transport industry and transforming the automobile market dynamics of India. With companies like SmartCell entering the market with their own AA batteries collection, the prospect of having an electrically-equipped India doesn’t seem very far away.

China holds the major share of the lithium-ion battery market, right from the extraction of the minerals to the export of the cells and batteries. Australia and Chile are prominent producers of the lithium-ion cells. However, Chinese battery firms control almost half of the lithium-ion production and 73% of the global cell manufacturing capacity. 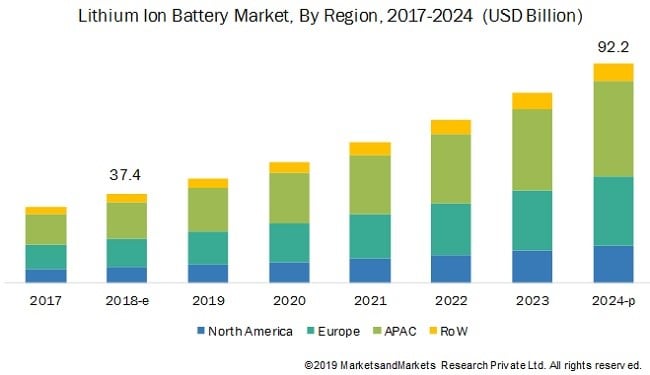 Furthermore, the lithium-ion battery market size is expected to grow from an estimated value of USD 37.4 billion to USD 92.3 billion by 2024, with a CAGR of 16.2%. The major reason for market growth is an increase in the demands of plug-in vehicles and the need for automation and battery-operated equipment in the manufacturing industries.

With the increasing need for energy storage solutions, the price of lithium-ion batteries will decrease in the future. The impetus of the lithium-ion battery growth in this field is because of higher energy density, longer lifecycle, and low costs.

Amongst the lithium-ion battery market, Lithium cobalt oxide batteries will be the most used ones followed by Lithium Nickel Manganese Cobalt (Li-NMC) cells. 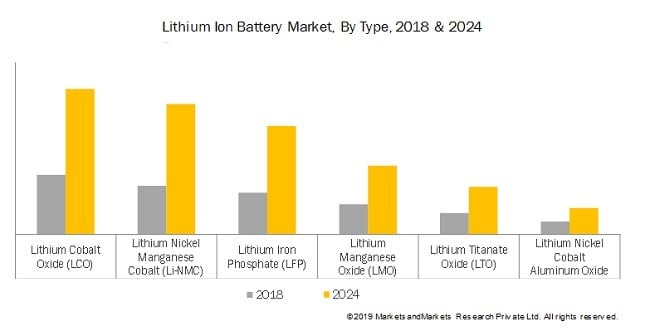 The lithium-ion cell market needs will be divided into consumer electronics, automotive, aerospace and defense, medical, power, marine, and industrial. 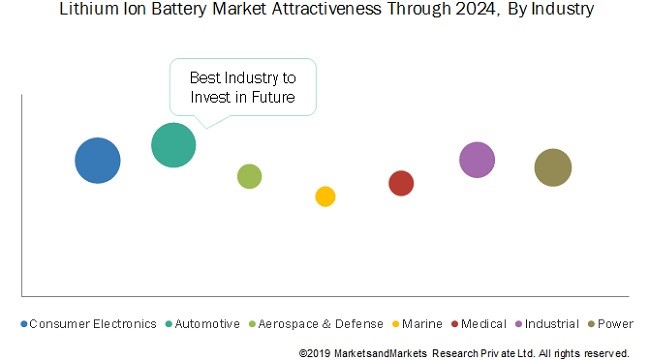 The Impact of Amazon Rolling out 10,000 Electric Rickshaws in India 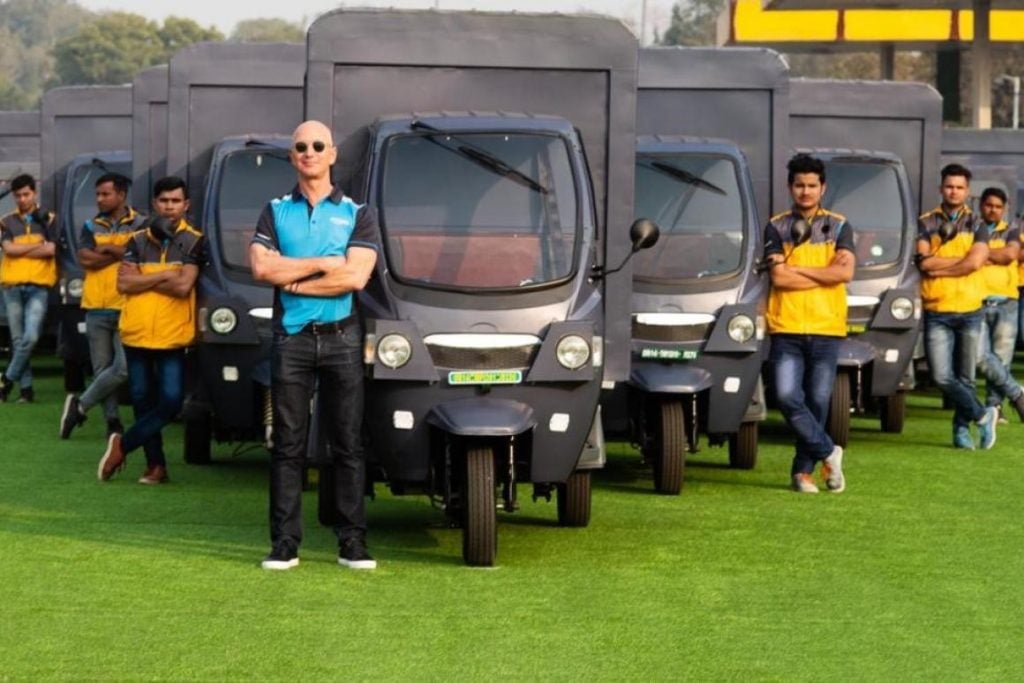 Amazon CEO, Jeff Bezos, after the successful completion of its pilot program in several cities, has announced that its delivery fleet will consist of 10,000 electric rickshaws, by 2025. This decision came as wake to the disastrous climate change around the world and Amazon’s pledge to reduce the carbon emissions of its delivery operations. The project will start from 2021, in 20 cities of the country, including Delhi NCR, Bangalore, Hyderabad, Ahmedabad, Pune, Nagpur, and Coimbatore. The delivery fleet will include 3-wheeler and 4-wheeled vehicles, designed and manufactured in India. Amazon will roll out the project until it achieves its benchmark of 10,000 electric vehicles running on Indian roads by 2025.

In a release, Amazon said that it spends 18 months analyzing the electric delivery truck operations before it decided to roll out its van for the delivery business. 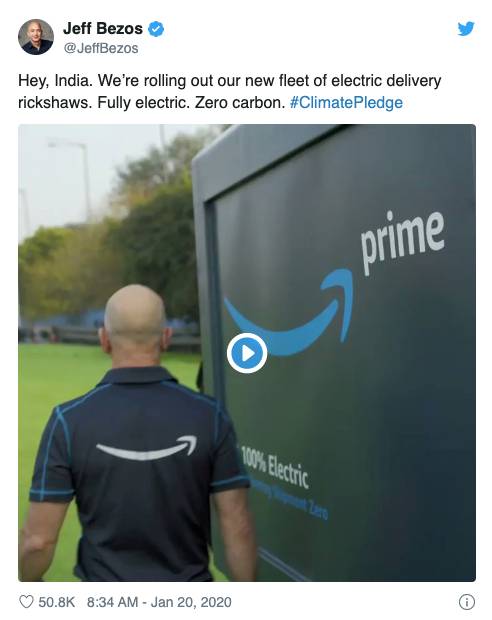 With Amazon, powering a supply chain, to minimize the environmental impact of the delivery operations, its 10,000 vehicles benchmark will help the company in becoming an energy-efficient leader in the market. With the Indian government, encouraging the adoption of EVs in India, and the setting up of charging stations as per the FAME 2 policy, Amazon will be easily able to accelerate and expand its vision of carbon-free deliveries in India.

What Lies Ahead of the EV Rush in India?

The Indian EV growth will be mainly witnessed in the passenger cars segment, by 3400 points, by 2025, with a CAGR growth of 34.5%. The passenger car market will acquire more than 40% of the market revenue share. The Indian electric car market size is valued at USD 71.1 million in 2017 and is projected to reach USD 707.4 million by 2025. The major reason for rolling out electric vehicles in India is high pollution levels in major cities.

Is the Indian Transport Industry Ready for EV Ecosystem?

This sudden upsurge in the EV segment in India is highly understandable. The age-old automotive industry built on the internal combustion engines, and powered by fossil-fuels is on its way to exhaustion and disruption.

Issues clouding the fuel-powered vehicles include pollution, energy sources depletion, crude import bill, energy security, global warming, and climate change. At the national level, India is struggling hard to maintain its oil import bill, and an option as energy-efficient as EV is a good alternative for India’s import costs and transport industry.

In the words of Amara Raja Batteries CEO, S. Vijayanand, India missed the magic of manufacturing consumer electronics and the renewable energy sector. Therefore, as a country, Indians cannot miss the vast opportunities in the EV sector. As per the government initiatives, it wants all three-wheelers to run on batteries, by 2023, and by 2025, it wants to apply this rule to all the two-wheelers as well. However, with the country disregarding the need for lithium-ion cells manufacturing units, such changes are going to cost a lot, mostly on an Indian pocket.

India is on its way to Become a Rechargeable Nation

However, according to the Jayadev Galla from the Amara Raja Batteries Ltd, “The electric vehicle ecosystem needs to be in place first so that there is a predictable and growing demand for electric vehicles before we go into cell manufacturing.”

Since India lacks the supporting infrastructure to get EV on roads, it should start with ‘urban mining’, a process of extracting minerals from waste, as an alternative, not just for lithium but for other needs as well.

EV charging stations will indeed be the future of gas stations in the country, but the prospect right now is a money-spinner. Further, the non-availability of lithium-ion batteries will be a major bump for the EV market in the country, and will also lessen its adoption rate. According to research, India will require six plants of 10GWh each by 2023, and 12 by 2030, for the emerging EV market. With Tata Chemicals, to set up a 10 GWh plant at Dholera, Gujarat; established and new-age companies are more likely to venture into this market with government aid.