FDI in the retail sector in India: How foreign retailers impacting employability status 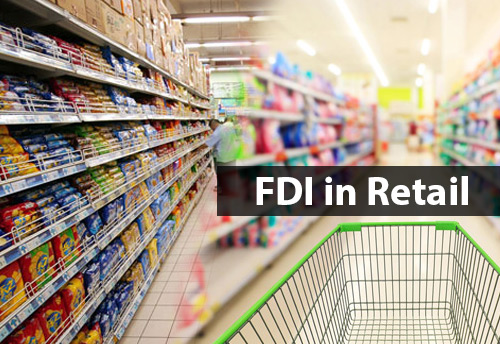 The Indian retail market is one of the most dynamic and rapidly growing industries around the globe. If statistics are to be believed, the total consumption expenditure is expected to reach USD 3600 billion by 2020. These figures have escalated from USD 1824 billion in 2017. Furthermore, India is said to be the fifth-largest global arcade for retail outlets. In the FDI Confidence Index, India ranks 16th after developed nations like the US, Canada, Germany, the United Kingdom, China, Japan France, Austria, Switzerland, and Italy.

Figure 2: The following shows the e-commerce market and the Online retail market in India. The retail industry in India reached USD 950 billion in 2018, with a CAGR of 13%. It is expected to reach USD 1.1 trillion by 2020. Furthermore, the revenue of the offline retailers, better known as the brick and mortar stores, is expected to increase by USD 1.39-2.77 billion in FY20. 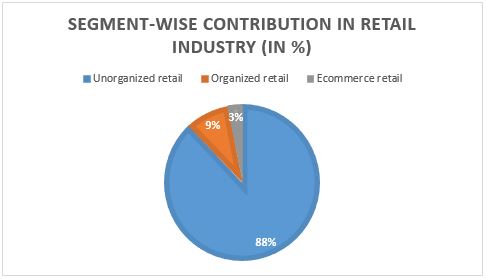 Figure 3: The following figure shows the segment-wise division of the Indian retail market. The e-commerce segment consists of all the online stores and sites hosting such services. With India’s current internet penetration rate of 30-40%, it is said that this sector will boom in the coming years. Revenue generated from the online retail stores is expected to grow to USD 60 billion by 2020.

Organized retail consists of sub-divisions like food, groceries, consumer durables, health and entertainment, beauty and personal care, apparel and footwear, jewellery and accessories, home décor and furnishings, and others.

Unorganized retail consists of a traditional form of retail mostly situated near the residential areas. These are constituted as Kirana shops, general stores, pan shops, and other small retail outlets.

Most economists believe that the changes in the policies of FDI in retail sector in India will be highly opportunistic for the growth of the retail market, both online and offline, and they are probably right. The issues related to logistics and supply-chain prevalent since the last decade have been improved substantially, and that is a huge advantage for the Indian audiences. Modern retails are willing to invest, mostly because of the relaxed policies of FDI in retail in India.

But the real question that still pertains is, ‘Are the policies of FDI in retail good for Indian growth and its overall economy?’

Numerous factors have played a role in improving the shape of the retail sector in India. Some of them can be related to the advent of digitalization, the rising number of consumers, urbanization, easy penetration of the internet, and the rapidly changing lifestyle of the customers in India. The consumption pattern has changed drastically for the Indian audiences. Some say that a major role is played by the relaxed FDI in retail sector in India. This is why the retail sector is booming with such numbers, expected to reach $1.3 trillion by 2020. 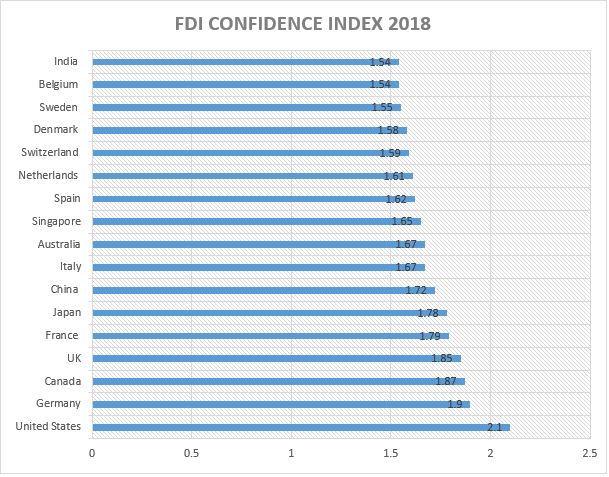 Figure 4: The following shows the FDI Confidence 2016. India is said to be the fastest-growing retail market in the world. Indian retail sector is predicted to grow with a CAGR of 13%, reaching USD 950 billion in 2018. Furthermore, India is ranked amongst the top developed nations in the FDI Confidence Index.

What Does FDI in Retail Sector in India Mean?

Foreign Direct Investment is defined as a type of investment made by any country other than the home country. This investment can be of any form and for any type of product like for production facilities, retailing, or any other venture. However, the objective of this investment should be of long-term interest in the home country. There are various regions as to why FDI in retail in India is trending. It could be due to cheap labor, an increase in the number of purchasers, availability of cheap or abundant raw materials, tax privileges, better brand endorsement, etc.

If you are still confused about whether FDI in retail is good for India or not, then you need to understand that FDI is the reason why consumerism is increasing in India. After the norms for FDI in retail in India were relaxed, more and more companies can invest in the retail market of India. This has also brought a change in the taste and the preference of the consumers in the country. Changes in the FDI policies in India have attracted many international retailers, to prosper their consumer base in the second-most populous country in the world. 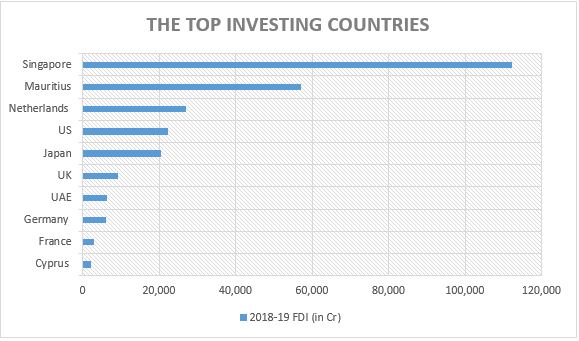 Figure 5: The following shows the inbound sources for FDI in retail sector in India. Indeed, India is all set to be included in the top 20 global FDI sources by 2021, however, its inward FDI is not as successful as the outbound FDI. According to the reports, the inbound FDI rose to 6% in 2018 to $42 billion, however, the government data shows the inbound equity investments declined for the first time in six years in FY 19.

After the relaxed policies of FDI in retail sector in India, 10 foreign single-brand retailers started operations. One of the companies that had sought the government’s permission for setting up single-brand establishments is the Japanese casual wear brand, Uniqlo. The Modi-led government had been trying hard to pitch the Indian retail market to foreign investors.

Other important changes done for FDI in retail in India include rules like 30% local sourcing being relaxed for the first five years, for companies coming under single-brand retail trading.

What are the Market Drivers for the FDI in Retail in India?

FDI in retail sector in India is considered to be the major catalyst for promoting sustainable development in India. Because of the relaxed policies, foreign brands can now invest in the Indian market to generate employment for the ever-increasing population of the country, raise productivity, increase incomes, enhance exports, and play a part in the long-term economic stability of India.

If FDI in retail is good for India, then what are its demand drivers? Why will foreign brands open their franchise in India? The following are what attracts foreign brands to sell their good in the Indian market that too with Indian manufacturers and raw materials.

The growing Indian population consists of earning individuals. This is the major reason why global brands are targeting the Indian audience. Considering the huge Indian population with a median age of 28.1 years, a boost in the retail sector of India is expected.

Figure 6: The following shows the median age of India along with some of the developed nations. As 25 years, is considered to be the most spending age group, India’s median age of 28.1 is ideal for foreign brands looking for a purchasing consumer base.

The transition from rural to urban areas has been highly promising for the Indian retail market. For the relaxed FDI in retail sector in India to flourish, there must be an organized segment who can be easily targeted.

The Indian economy has progressed rapidly. India’s per capita GDP has gone up to INR 142,179, at a CAGR value of 9.7% in FY19. This growth in the country’s per capita GDP is the reason why FDI in retail in India is proliferating. The disposable income of the Indian population has increased, and this is the main source driving the country’s consumption. 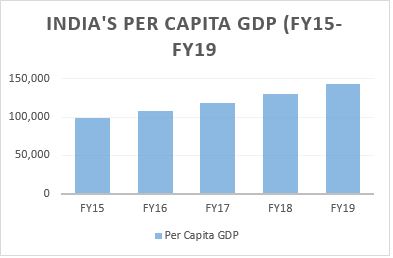 Figure 7:  The following shows the per capita GDP of India from FY-15 to FY-19. This rise in disposable income is one of the reasons why FDI in retail in India is booming in India.

The rise in the number of transactions through debit cards and credit cards and the availability of digital payment options are elements fueling the demand in the retail sector. With more and more retailers accepting such modes of payment, it is easier for consumers to indulge in more buying patterns. The idea of cashback on credit and debit cards is also why the Indian customers like carrying cards instead of cash. Furthermore, credit card transactions rose by CAGR of 30%, and debit card transactions increased by a CAGR of 16% from FY15 to FY19.

Figure 8: The following shows an increase in both the credit card and debit card transactions over the years. 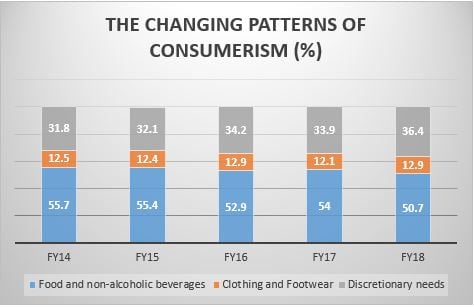 Figure 9: The following shows a shift in the consumer buying behavior from food and non-alcoholic beverages to discretionary needs.

How Well Does the e-commerce Market Grow in the FDI in Retail in India?

The online shopping segment is expanding in the country every minute. With the advancements in the quality of the internet, adoption of smartphones, payment accessibility, secure payment portals, and changing consumer behavior, many e-commerce players are going to undergo the biggest revolution in the retail industry. It won’t be wrong to say that all the top foreign brands established their market in India through online portals.

E-commerce in India is growing at a rate of 51%, the highest in the world, and is expected to achieve a cap of USD 200 billion, by 2026. Online retail has a very disruptive approach to the market. Factors like cash on delivery, improved supply chain, increasing internet penetration, rising number of online shoppers, availability of deals and cashback, increase in the adoption and use of smartphones, and government initiatives like Digital India are the reasons contributing to the growth of the e-commerce market in India.