The Bleeding Bid for Air India: What is the Future of the Aviation Industry in India? 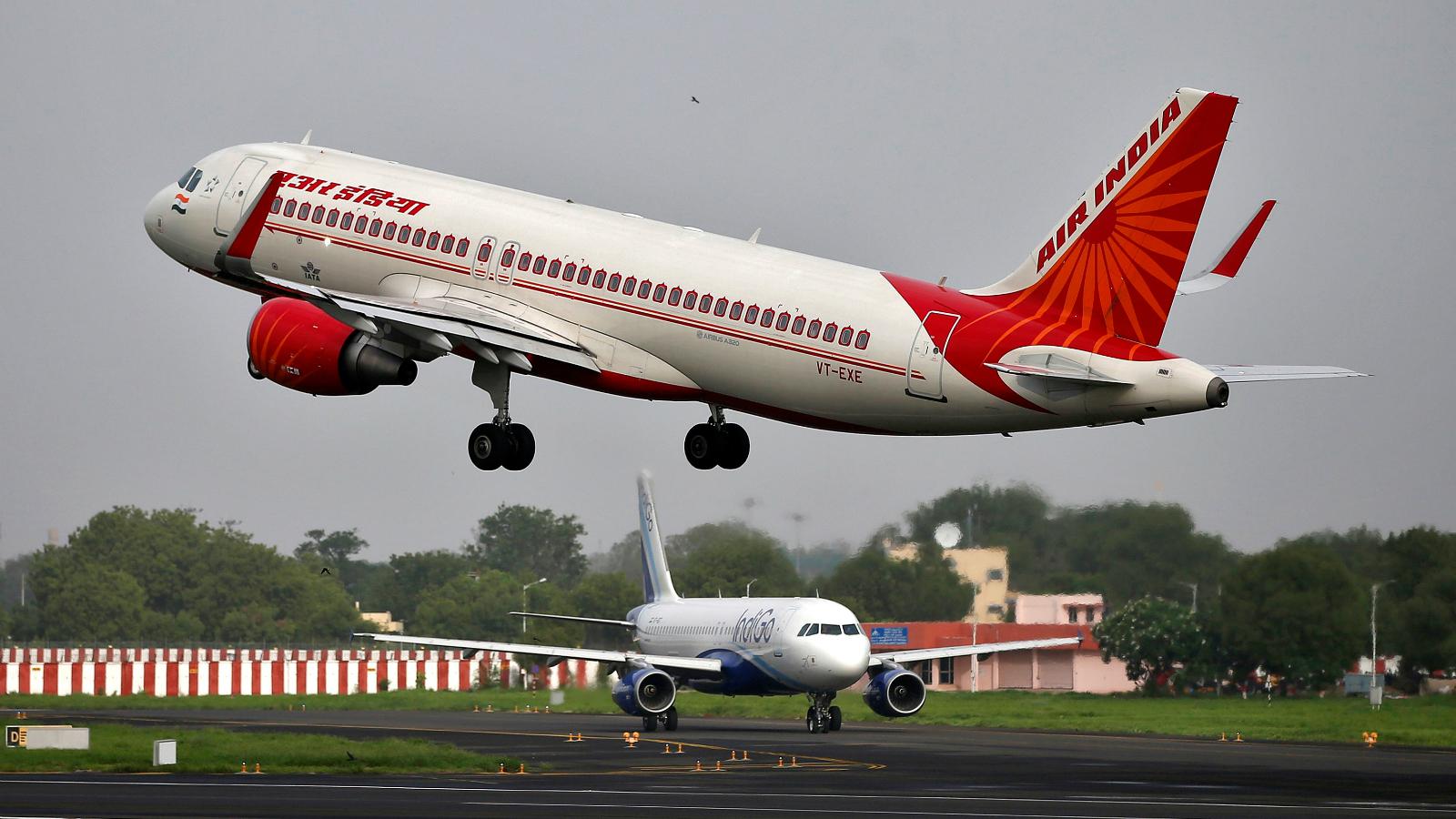 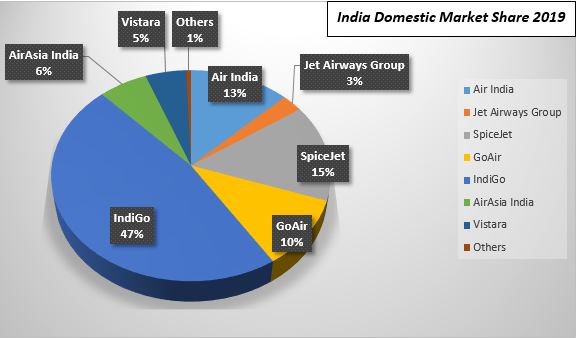 Amidst the crisis faced by the aviation industry in India, as a whole, is India still on the right track to become the world’s third-largest aviation market by 2024, as predicted?

It was reported by the Indian Aviation Department, in October 2018, that 20.1% growth was witnessed for the Jan-Oct tenure, as compared to 2017. This growth was further divided into 13.3% of monthly growth. However, this was all before Jet Airways surrendered 15000 crores of dues to its lenders, and the talks of privatization of Air India circulated the Indian aviation market air. At the end of 2019, the domestic air traffic in India recorded a growth of 3.74%, closing the number of domestic passengers with 1447.17 million as opposed to 1389.76 lakh passengers in 2018.

Figure 2: The following chart shows the Market share gain and loss statistics 2019 for the most popular airlines in India, Air India, Jet Airways, SpiceJet, GoAir, IndiGo, AirAsia India, Vistara, and Others. Air India had a flat 2019, in terms of market gain/loss. Jet Airways subdued a huge loss and was subsequently shut down, Other than Jet Airways and Air India, other airlines had a pretty turbulence-free year.

Figure 3: The following chart shows the Domestic Passengers flown in 2019. In terms of the total number of passengers, TATA Airlines (Air India) flew 21 lakhs, IndiGo flew 100 lakhs, and SpiceJet flew 44.3 lakhs more passengers in 2019 than in 2018. This data plays an important note in how the Aviation industry of India will be mapped out for 2020.

Every Aviation Industry has its Own Ailing Story

During the summer of March 2009, the Indian airports put together handled a total of 68 million passengers. As of today, the New Delhi Airport can along handle this much traffic. Furthermore, according to the Directorate General of Civil Aviation said that from January 2018 to September 2018, domestic Indian airlines flew more than 10 crore passengers, a growth of 20.94%, the highest in the world. Although the air passenger numbers are booming, the sector itself is struggling, trying to keep pace with the changing dynamics of the Indian aviation industry. 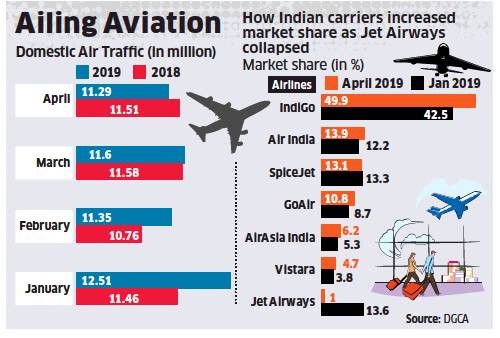 Figure 4: The following article is dated for April 2019, after the collapse of Jet Airways. The Indian carriers whose market share increased after the shutdown of Jet Airways is IndiGo and Air India.  SpiceJet saw the lowest domestic share in April 2019 in the last five years.

Why are the Indian Airlines Losing Money Instead of Making Some?

Since 2014 India has had a constant GDP growth of 8%, surpassing China in being the fastest-growing economy. However, there have been some instances that have made it difficult for the aviation industry in India to achieve the same stardom. First, the revoking of the license of Kingfisher Airlines in 2012, then the bankruptcy of Jet Airways in 2019, and then the talks of privatization of the Maharaja, Air India. This has left India with only two full-service carriers, IndiGo and the newly established Vistara. 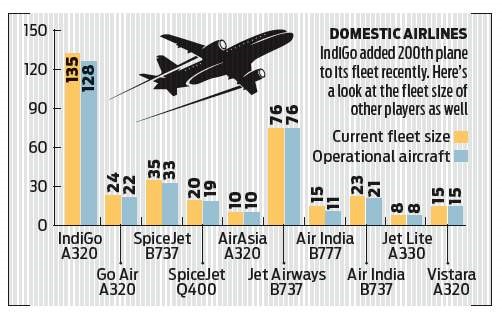 Figure 5: The following shows the fleet size and the operated fleet of all the major airline players in the Indian aviation market. The combined fleet is not much to fund the domestic travel population of India.

With a booming Indian population of 1.3 billion, Air India’s fleet of 136 aircraft for passenger transport doesn’t make any sense. The Indian aviation market consists of a huge hollow when it comes to its fleet of aircraft. It is easy to blame the fragility of the sector, but with the rising fuel costs, the depreciating value of Indian Rupee (INR), and low yields Indian airlines are not able to make up for the losses. However, the elephant in the room is government intervention and their act of protecting Air India despite huge debts.

The domestic airline model that works for Indian passengers is the low cost one. 80% of the Indian aviation market is a low-cost market. Both Kingfisher and Jet Airways tried to expand their route to raise more cash, rapidly eroding the financial assets of their companies. IndiGo and SpiceJet might have succeeded in their low-cost model, however, to stay solid the race, they will have to abstain from making the same mistakes that airlines before them did. Moreover, the Indian government will have to privatize the Indian aviation sector, for the future of aviation industry in India to flourish independently. Until the government allows the sector to flourish on its own, it will remain inefficient and unhealthy for competition. 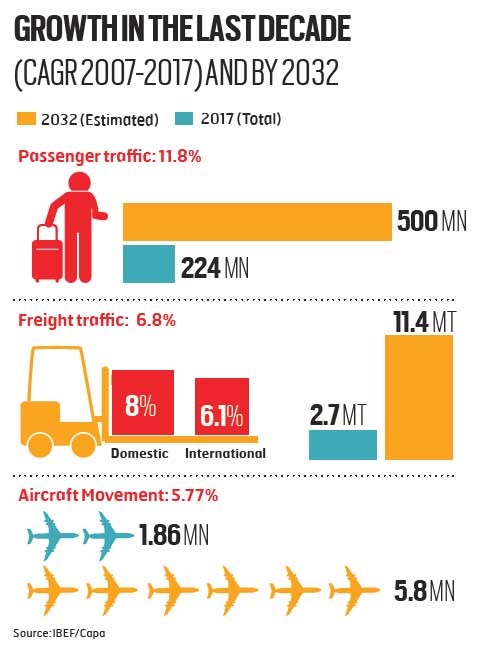 Figure 6: The following figure illustrates the growth of the Indian aviation industry in the last decade. Despite popular airlines suffering through the crippling debts, it is said that the market will boom in the coming years. The major problems suffered by the aviation industry lies in the fact that they are chasing to acquire market share and not profits.

Air India for Sale Again: Is it the Dawn of the Indian Aviation Market?

Air India, the crowned prince of the Indian aviation market, the government-protected airline company, is again entering the bidding market, after the failed attempts in 2018. However, in this fresh bid, the Indian government softened the terms to make sure that the debt-laden Air India is sold to private buyers easily.

As per the documents released by the Department of Investment and Public Asset Management, Air India will be sold as an unprofitable carrier along with its entire interest in a low-cost arm and 50% in the ground handling unit. The most important change from the last time is the lowered debt amount that a prospective buyer will take on. The previous bid saw no prospective buyer for the nation’s third-largest air carrier by market share. Supposedly, Air India has more than 8 billion debt on it. The last date for the submission of the application is March 17, 2020. 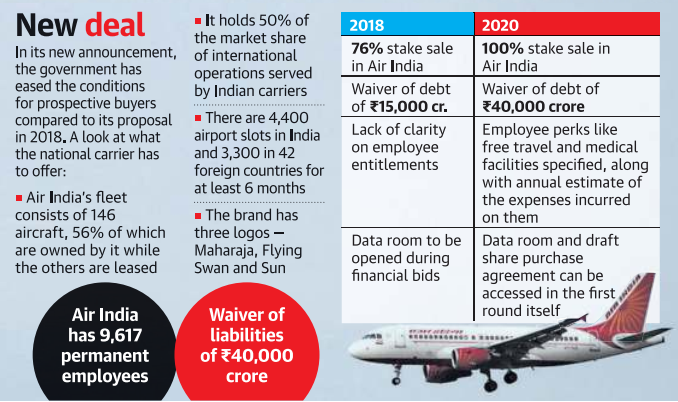 Figure 7: The government has sweetened the terms of selling the national carrier, as opposed to 2018. In 2018, it invited bids for selling 76% stake of the company. IndiGo showed some interest in the prospect but later backed out. This time the government has invited bids for 100% stakes, including a 100% ownership in the overseas budget carrier and a 59% stake in ground handling.

The government has also reduced the fixed debt amount. Each buyer will have to take 23,286.5 crores along with certain identified current and non-current liabilities. This is a substantial reduction in the debt amount from 33,392 crores, in 2018.

This time the government has also lessened the eligibility criteria for prospective buyers. In 2018, a buyer needed to have a net worth of 5,000 crores which, in 2020, has been reduced to 3500 crores.

Furthermore, according to the foreign direct investment (FDI) norms, foreign carriers are allowed to invest up to 49% in a carrier. In this situation, Indian shareholders will constitute more than 50% in Air India. Even if the government relaxes the FDI norms, a foreign buyer has to look for an Indian shareholding to take up more than 50% of the stakes to avail bilateral agreements. To avail bilateral benefits, it needs to be owned by an Indian national (as per the Substantial Ownership and Effective Control guidelines). Bilateral agreements are set between the government of two countries.

Figure 9: This table illustrates what a buyer will get in this bid. In 2019, Air India increased its fleet size, primary coverage, and secondary coverage. Also, it had a 50.6% share on international routes and 12.7% on domestic ones.

Unabsorbed depreciation is what cannot be claimed as expenditure in the P/L accounts due to the lack of income. Such a cost is carried forward for several years. It has also reduced the tax liability for prospective buyers.

How Does the Future of Aviation Industry in India Look Like?

If you think that with such a huge and ever-increasing population, the aviation industry in India is going to remain stagnant, then you are mistakenly ignoring the growing statistics Indian aviation domestic market. India is the second-most populous country and therefore, the air traffic is bound to increase. The Indian airline industry indeed has a rollercoaster ride in 2019, but there is still a strong gleam of light. The ups and downs endured will not pollute the air holding the future of aviation industry in India. 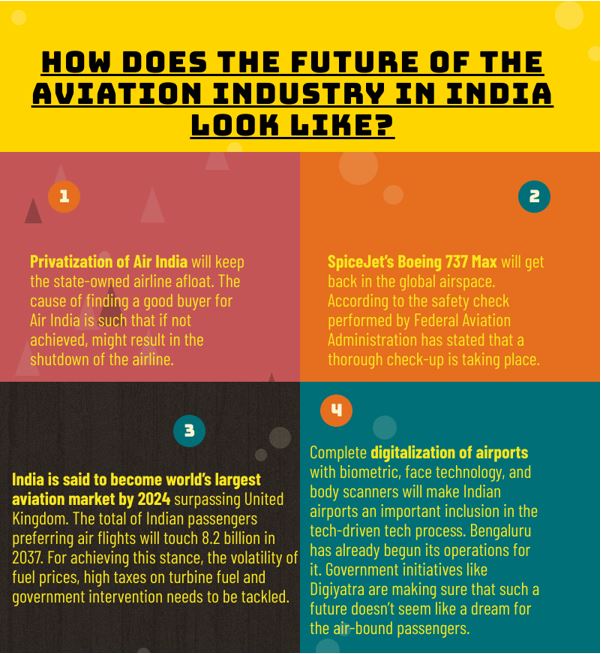 2020 can lead to some remarkable changes in the Indian aviation market picture, making it emerge, stronger than ever.