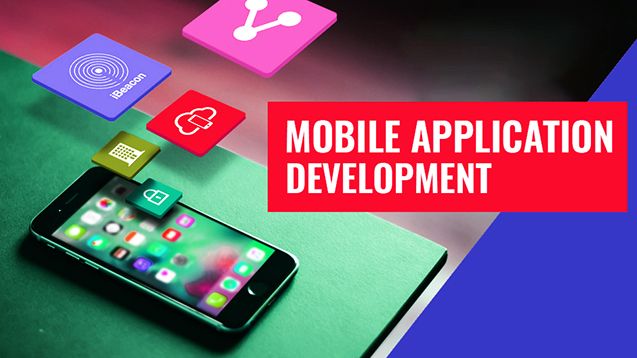 Mobile apps have become inseparable parts of our lives. Right from food delivery to shopping travel, learning, sleeping, calming, etc., there is an app for everything. In this century, media consumption on mobile devices is outpacing that of the desktop and other connected devices. Everything you ever needed on your mobile is finally on its interface, and users are more than happy about it.

With this said, the mobile app sector has grown tremendously in the past few years. Reports and statistics have revealed that almost mobile apps are being downloaded at warp speed. For any customer utility, there is a mobile app on the Play Store and App Store. Developers in android mobile app development company are trying to get hold of this opportunistic nerve and code the next viral apps.  It is no wonder that mobile apps today have taken the world by the storm.

The most popular types of mobile apps

The growing prominence around mobile apps has provided developers with an opportunity to use cutting-edge technologies and tools to make a hit app. For developers, who don’t want their skills to fade forever into oblivion, it is imperative to build apps that solve the pain points of the users.

Currently, there are more than 2.8 million apps available on Google Play Store, and this number is only going to increase in the years to come. On average, mobile phone owners use 30 apps each month. So, you can very well imagine the need and urgency to dive into this opportunistic ocean and make something out of your career.

Some of the basic types of apps include:

Native Apps: These are coded in the native programming language like Objective C for iOS and Java for Android. These apps are good for performance and focus on reliability. Although these apps are built for one operating system, they can be duplicated for another operating system as well.

Mobile Web Apps: These are not real apps, but websites designed in the way of mobile apps. These apps run on your smartphone’s browser and are mostly coded in HTML5, just like websites, fading the difference between web apps and mobile apps. However, a real difference between web apps and webpages is that the former provides a more user-engaging, responsive, and streamlined experience.

Hybrid Mobile apps: These apps are an amalgamation of native apps and web apps. Just like native apps, they are designed for an operating system and can be found on the App Store and Play Store, and like web apps, they are coded on HTML5. This allows users to enjoy the best of both worlds. On the other hand, developers personally enjoy coding these apps since it is easier and faster, and they can save tons of money on mobile app development services.

The top programming languages to adopt to develop mobile apps

Most mobile app developers strive to improve their android development services, therefore engaging users in a high-quality experience and stand out amongst the competitors. For this reason, mobile app developers use cutting-edge technology to help meet the demands of the users and launch strong apps in the market.

Some of the latest mobile technologies a developer should learn for bettering their programming skills include:

Flutter is Google’s SDK kit that lets developers design beautiful and high-quality apps. This UI toolkit allows developers to compile applications for mobile, web, and desktop from a single codebase. This means coders can develop cross-platform interfaces for both iOS and Android using Flutter. Its perks include fast development, expressive and flexible user interface, and native performance.

Flutter uses Dart as its programming language. Dart is one of the new programming languages used to build native interfaces. Coding apps on the Flutter adds flexibility quotient to it. Its cross-functionality approach is one of the biggest reasons for its popularity. Some of the most popular mobile apps developed using Flutter include Google Ads, realtor.com, Tencent, The New York Times, Google Assistant, Square, and Xianyu.

Python has been ruling over android app development companies since 1991. Python is an interpreted, high-level, and general-purpose programming language used to develop scalable and easily deployable mobile apps. Some of the most popular mobile apps developed using Python include YouTube, Instagram, Pinterest, etc.

Python comes with a large developer community, helping each other in their coding expeditions. Moreover, apps built using Python provide enhanced control capabilities. For developers who’re about to commence their coding journey, Python is one language they should learn or begin with.

Developed by Apple Inc, Swift is a multi-paradigm language compatible with Apple’s OS. This language is used for coding apps that are to be deployed on Apple’s operating system. Its swiftness and interactive nature are the reason why developers love to code using Swift. The apps coded using Swift are easy to navigate and easy to load.

Unlike other programming languages, APIs in Swift are easier to read and maintain. The parameters are easy to express in a clear syntax. The best aspect of this programming language is its lack of ending code lines with semicolons, decreasing the redundant approach, and making it less prone to mistakes.

Moreover, this programming language has been designed for safety and adds modern coding features, making the task flexible and comfortable for developers.

Developed by JetBrains, Kotlin is a modern programming and an advanced version of Java that is:

This language is highly popular amongst android app developers who want to code apps in a modern language and not hardcore Java. Some of the most famous apps written in Kotlin are Pinterest, Trello, Evernote, Coursera, etc.

A 21st-century developer is particularly spoilt with this cutting-edge programming language that has made coding easier and fun. It has quickly evolved its stature from building network apps into being incorporated with tools, libraries, and frameworks. For modern developers, the open-source, cross-platform, and JavaScript Runtime environment of Node.JS is something they need to be accustomed to.

This open-source framework, developed by Facebook is used to write cross-platform applications for iOS, Android, Web, and UWP. Apps developed using React Native can run on multiple platforms and possess native performance. The MIT-licensed framework offers a best-in-class JavaScript library for building a user interface. Developers can build apps from scratch using React Native. Some of the most famous apps built using ReactJS include Myntra, Facebook, and Airbnb.

PhoneGap is a product from Adobe, allowing developers to develop hybrid applications with a single codebase to connect with users irrespective of the platform. Also, PhoneGap powered apps can be readily deployed on the App Store or Play Store without maintaining their native SDKs. PhoneGap-built apps can be easily packaged in the cloud.

A well-researched and coded mobile app comes with a superlative interface and offers a rewarding user experience. When looking for an android app development company, consider the need of the market and its supportive platform.