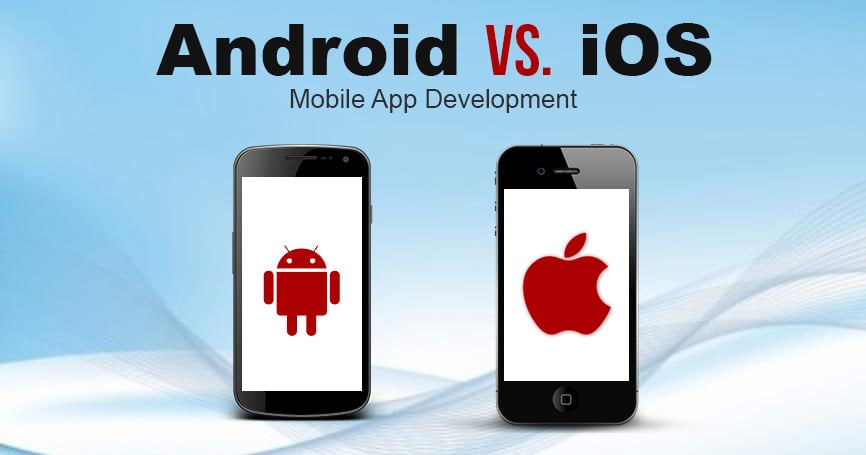 The proliferation of electronic devices has made mobile apps a part and parcel of our lives. Today, we have an application for almost every task we carry out on a day-to-day basis. From booking a ride and watching our favorite Netflix series to paying utility bills and reading business mails, there’s nothing our mobile apps can’t do. Changes in user preferences have ignited a demand for android and iOS apps.

Several application development companies that have noticed this trend are increasingly adopting a ‘mobile-first’ approach. If you are a software development company, you would most likely be working on android and/or iOS platforms. Because android and iOS are the two most popular platforms for app development, it’s imperative that you appreciate the distinction between the two. So, let’s begin without ado.

Before we touch upon the technical aspects, let us compare the popularity and user demographics of the two platforms.

As we know, there’s just one company Apple that manufactures devices for the iOS platform. As far as android is concerned, there are dozens of large and small players making android devices. This competition has lowered the prices for android and flooded the mobile market with android devices, making it the undisputed leader. 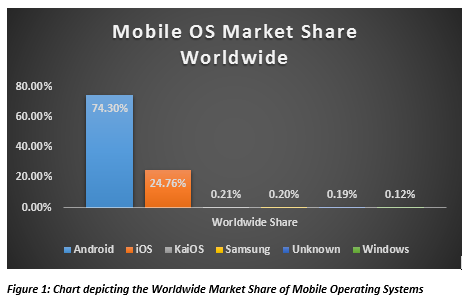 Another important metric is user demographics. Now, if you are targeting users in a specific location, you need to take into account the most popular platform for that location. While the majority of the countries prefer android, some highly developed countries including USA, Canada, UK and Australia have a majority of iOS users. This regional preference needs to be considered while building the app.

Then people who prefer iOS are, on an average, younger, more educated and have higher income levels than android users. So, for example, if you are creating an app for middle-income households in India, you will have to target the android platform.

Android vs iOS: Complexity of Development

Earlier, Java and Objective C used to be the most popular languages for android and iOS platforms respectively. But, this has changed of late. Kotlin has begun replacing Java and Swift is increasingly being used in place of Objective C.

Now, if you are building your mobile app for the first time, you can easily choose to build it in Kotlin or Swift depending on the platform chosen. But if you have already have a mobile app and are trying to revamp it, you might face compatibility issues.

As far as android is concerned, Kotlin is completely compatible with Java. This simply means you can use all the frameworks and libraries for Java in a Kotlin project. In the case of iOS, Swift and Objective C are not as compatible. This can restrict smooth project development.

Integrated Development Environment (IDE) is a software suite that offers tools for writing and testing code. The most popular IDE among android developers is Google’s proprietary tool Android Studio. iPhone app developers, on the contrary, mostly rely on the proprietary XCode tool. Out of the two IDEs, Android Studio is more popular, firstly because Android Studio offers a range of beneficial features: high readability, cross-platform support and a wide range of development and debugging features. And, secondly, because iPhone app developers have issues with XCode: instability and time-consuming refactoring. Android Studio, in contrast, is less time-consuming, stable and has robust documentation. So, while XCode may score in terms of a thing or two (e.g. layout builder), Android Studio clearly has an edge in terms of overall experience.

iPhone releases a new version almost every 12 months. Currently, 14 iPhone models are in use. With android, things are even worse: there are countless device models with varying shapes and sizes. In addition, several versions of Android OS are in use simultaneously. So, an android app development company has to carefully select the devices and shapes for which they need to build the app. Otherwise, developing the app becomes immensely complex and expensive.

While android and iOS share some fundamental principles of design, they differ with respect to navigation and architecture organization.

While building an app on the android platform, developers need to partition the app into fragments and activities. One activity equals one app screen, so if the developer is creating an app with multiple screens, he will need to manage as many activities. Activities, in turn, have fragments. A fragment represents a part of the user interface in an activity.

Both Google Play Store and Apple App Store have their set of guidelines for publishing an app. These guidelines can affect the release time of your app.

It’s also faster to get published on the Play Store than on the App Store. Google takes just a couple of hours to approve an app. Apple has more stringent publishing guidelines, so the app is reviewed by real people to check if it adheres to all these guidelines. It gets published only when it passes the test. This, in the past, took about a week but now takes anywhere around 24 hours.

There isn’t much difference in the time needed for developing android and iOS apps. The key difference comes in the testing stage. Unless an android app is designed to work with a limited number of devices, its testing will take time. A high degree of fragmentation in android devices results in a wide range of screen sizes and configurations. To make the android app compatible with a range of devices, the engineer needs to test it on different models. For this reason, android apps have a higher number of bugs when compared to their iOS counterparts. As a result, the time and cost involved in building an android app are usually higher.

Android vs iOS: The Final Word

Need more such articles on mobile application development? Let us know in the comment section below. Thanks for reading.