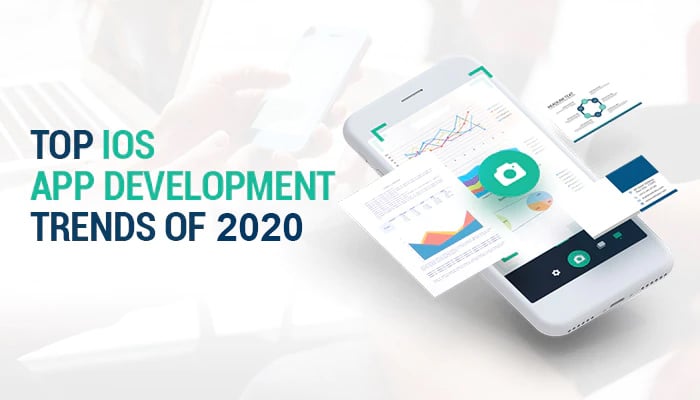 The 21st century isn’t just characterized by digital transformation but the craze associated with smartphone adoption, the growing tech standards and industry, and the idea of a connective ecosystem. Thanks to tech, we get to experience world-class apps, and innovation in the same field, has been highly impressive.

In the past five years, 1.4 billion smartphones have been sold worldwide. We are addicted to mobile phones and the services related to it and mobile apps are important for. With that said, the smartphone market is on a boom, particularly in highly populated countries like, China and India. As a consequence of this, the best iPhone app development companies are looking to invest in such tech-friendly apps

Let’s look at this statistic from Statista. 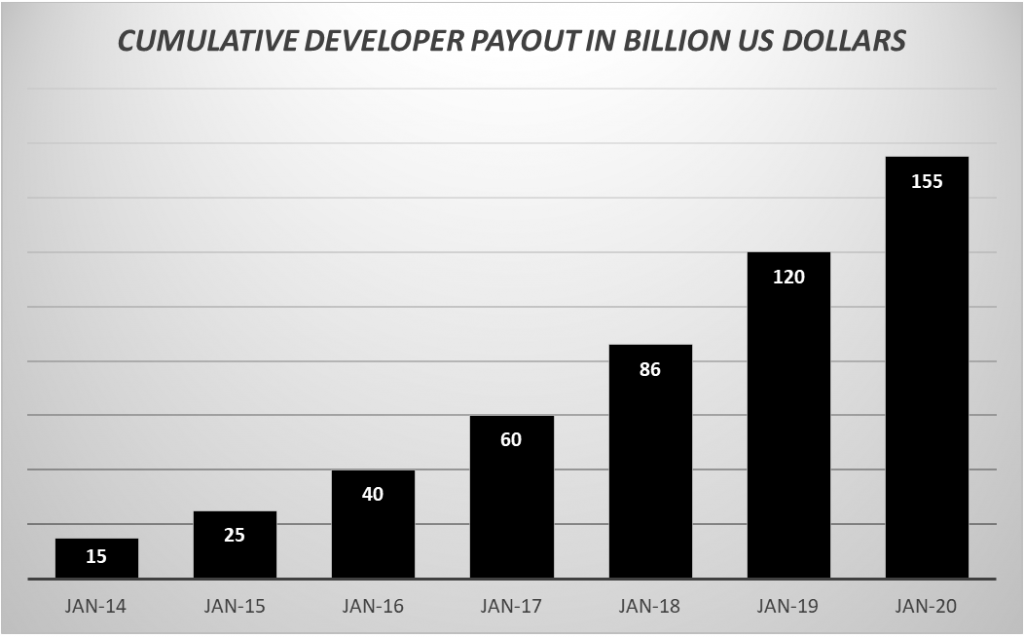 The above stat shows the cumulative Apple App store earning through mobile app developers, from Jan 2014 to Jan 2020. Furthermore, Apple has paid a total of 155 billion US dollars to iOS developers alone. Apple’s iOS owns an 18% market share and a combined share of 99.6% with Android. The conclusion is that Apple’s iPhone application development is the most aspired, and the highest technologically capable operating system in the world.

The following shows the most popular app category in the App Store. Most of them were about games and business. According to a study, the mobile apps market is projected to generate more than 935 billion US dollars in revenue, by 2023.

These trends alone portray the importance and the need of iPhone app development services. With more than 20 million registered iOS developers catering to the 500 million weekly visitors on the App Store, the phenomenon of developing an iOS app doesn’t seem so old. The world is a pool for developer talent. Coincidingly, there are over 5 billion mobile users in the world, with global internet penetration at 57%, looking forward to a new app now and then.

The Apple App Store and Google Play Store dominate the landscape of the app market in the world. In the past few years, the mobile application is making their way into the various business segments. With the evolution of technology, you can now keep up with your routine tasks, all through applications. Right from AI to IoT mobile apps, the iOS app development industry is pacing its way forward into the industry.

The Top iPhone App Development Trends To Look Out For

Let’s jump to the different trends for iPhone app development services in 2020.

There was an article published by Forbes on 30th August 2019. The title read iPhone Hack: Google warns 1 billion Apple users. They May have been attacked. This was just before the iPhone 11 was launched, and every iOS device was said to be vulnerable. Security is one of the biggest issues in Apple devices, and there have been various updates regarding it.

Apple has a wide culture that caters to the needs of every user, be it an adult or a child and provide a safe environment. This will include improving the overall security and prevent any sort of attacks and data breaches.

As technology progresses so does the hackers. That is why Apple needs to renovate its security terms now and then, to nullify the effect of such security breaches.

Internet of Things is advancing every day. This technique is becoming more prominent for app developers worldwide. Since IoT connects every other device, many iOS developers are working on building such apps that could connect all the internet-enabled devices. IoT is not a new trend and has been in talks for a few years now, but it is still an important discussion and a much-needed tool for the future. The assistance makes the lives of the users easier, and so more and more customers will be looking out for such apps.

Apple’s user assistant, Siri, has gained quite a prominence. Siri has brought artificial intelligence and contextual learning together. But Siri lacks in a lot of ways. The bot is not able to engage in human-like conversations. It might be advanced and modern but it is still needs to work, in terms of user experience. Therefore, improvement in the interaction via text or voice interface of the chatbot will make it more conversational and emotional.

While cloud technology has brought joy to several companies in the tech space, the opportunities associated with it are immense. Through this tech, users and companies can store vast amounts of data in the cloud without ever using too much data space. For all those companies that suffered from data storage issues, the cloud offers an ample amount of space for the entire organization.

For the same reason, most of the iOS apps are now built on cloud technology, called the iCloud services. This way, the users can store all their content without worrying about the space. Content like the images, contacts, files, notes, songs, chats, everything can be backed up in the cloud. All a user needs are, a login id and password, and they can store anything you want in the cloud. A particular advantage of using the cloud is that you don’t need any space to store them but, you can still run your data into the cloud.

One of the upcoming and important trends is AR or augmented reality. More and more people are looking forward to apps related with AR and VR features. As for the iOS developers, the focus has shifted to ARKit, with the release of the iPhone 11. Through ARKit, developers can create 3D and virtual-based mobile applications for users.

Furthermore, with Apple and Amazon partnering for ARKit, AR will be in demand in the consumer market. This is an invitation for iOS developers, to work on the innovative power of Augmented Reality and Virtual Reality.

How Will iOS Shape Our Lves in the Future?

With so much going around with the best iOS mobile app development trends, more and more developers are working on apps that speak about the advanced technological elements. There is a great demand for such apps in the market, and that is what inspires developers to walk through the arcades of technology and innovation.