iOS vs Android: Which platform is a better for app development 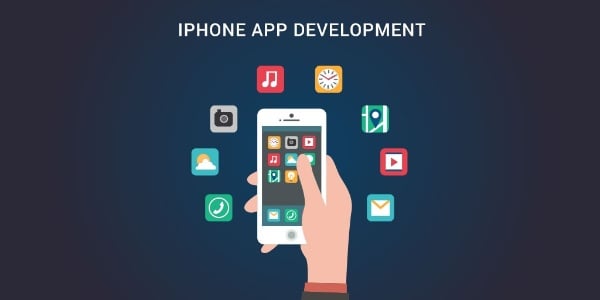 Mobile apps have become a quintessential part of our lives.

They are actually one way we have integrated our everyday selves with technology.

Checking all our notification on the plethora of mobile apps downloaded on our phones is how we start our days. Such is the power and control established by mobile apps into our lives.

No wonder developers are keen to tap onto this chance of iPhone app development services and explore the rich and opportunistic market and make something out of it.

Currently, there are over 5 billion mobile users in the globe, and every user has at least 50 apps downloaded on their phones. An average smartphone user users 30 apps each month. Moreover, these mobile apps are expected to generate over $189 billion in revenue, post the global shutdown. There are more than 2.2 million apps on Apple App Store and 2.8 million apps on Google Play Store. Considering such numbers support the fact that 57% of digital media usage comes from mobile apps.

Such overwhelming numbers make it difficult to ignore the mobile app development market.

iOS vs Android: Which platform to pick?

For any app, you need successful downloading numbers. You might have a rewarding app idea, but it won’t do justice until you receive market-disrupting downloads. This defines the core of every iPhone app development company.

It might sound simple, but mostly, app developers overlook this simple stance.

Moreover, there is a 15% increase in download numbers every year. So, there is a possibility that your app might make it big in the app development market.

But first, you need to pick one operating system you’re going to launch on.

So basically, you have to decide between Apple App Store or Google Play Store.

Well, that’s not an easy choice.

Also, you need to pick a platform that gives your app the leverage it needs since it is riskier and expensive to build an app for both iOS and Android simultaneously. Plus, you don’t know the reception it receives post-launch. So, it is always better to pick one OS and launch an established and successful app on it and then move onto the other OS.

Always remember, the platform you pick will decide its target audience.

Only if you could pick one between iOS and Android, your job would have been a rather easy one.

How to decide where to launch your app on Android or iOS?

iOS and Android both, the platforms have their perks, but ultimately, the OS you pick will depend on the following factors:

For coding Android apps, developers need to be proficient in Java, C++, and Kotlin programming languages. In the case of iOS apps, the development team might use Swift or Objective C.

iOS vs Android: How the audience plays an important role

Demographics play a prominent role in deciding whether you should code iOS or Android apps. Your target audience will predict the success of your app in the market. Also, the audience you pick will chart your marketing and budgetary costs as well.

In case you want to go by the quantity of global share, then Android has the largest global market share. However, if you go by the quality of those numbers, Apple dominates the App Store for customer spending.

Depending on whether you want to code an app for revenue purposes or engagement reasons, you can pick one platform accordingly. For a developer, they need to research your target audiences’ geographic and demographic characteristics.

So, if you are targeting a wider global audience, then Android is your best pick.

However, if your audience resides in North America or Western Europe, or if you are launching an e-commerce or enterprise app, then Apple is the preferred choice. iOS audience mostly comprises of people who are highly educated, looking for engaging apps, and earn more money.

In terms of revenue spend, Apple users are more inclined to spend on apps than Android apps.

iOS and Android use different programming languages. For Android developers, they heavily rely on Java or Kotlin as its alternative, whereas, for iOS users, the coding process involves using Swift or the old school programing language, Objective C.

So, your question might be, which of them is easier to master?

Most developers find coding iOS easier than an Android one. Mainly because it is easy to code in Swift, requiring less time than usual. Moreover, the programming language is highly readable as well. Kotlin, on the other hand, is better and more modern than Java, a perfect future replacement of the decade-old language. Kotlin is highly intuitive, modern, and easily readable.

Apple Development Kit eases the process and shortens the learning curve for a developer.

So, yes, in terms of coding, iOS development is better than Android.

iOS apps are easier and cheaper to develop and deploy than Android apps owing to its simple coding process and a closed source code nature.

Moreover, as per some resources, it is said that Android apps require 30-40% longer development than iOS. Android lacks standardization, meaning its OS can run on multiple devices, components, and software fragmentation. On the other hand, Apple is mostly about quality and stringent checkups of apps. So, there is a possibility that your apps might take longer approval time on iOS than on Android. App rejection rates are high on Apple than Android.

In terms of app testing, iOS and Android both, have their own simulators. But, the iOS testing environment, TestFlight, is faster than that of Android’s emulator. At the same time, Android’s emulator offers higher efficiency and more realistic interpretations than TestFlight.

As per app updates, some of them might be time-consuming, well others are bug-fixing updates. However, updates with iOS do change the entire dynamics or functionality of the OS. So, when building apps for iOS, you might have to change your business strategy or roadmap accordingly.

Engagement for an app is related to the number of users currently on the platform. Moreover, it also depends on the actual user spend on Apple App Store or Google Play Store. Monetization of apps is mostly dependent on your app idea and engagement numbers, so it is not much you can do about it.

iOS vs Android: Adding flexibility to your apps

What features do you want to add to your apps?

Do you think your ideas will do more justice on the iOS or Android platforms?

The answer to which platform supports more features is related to its usage. Since Android is an open-source code, adding flexibility and features to customize your apps is easier. Moreover, your app gets to treat a diverse audience base, so you add extra functionality to it as well.

On the other side, iOS is a closed source code, running only of the iOS platform. It somehow limits the functionality you can add to your app.

Of course, Android apps are more susceptible to issues, hacks, and pirate apps, whereas iOS provides a safe and secure environment to a user. Such features are one of the biggest reasons why iOS holds a major share in the mobile app development market.

iOS vs Android: What about maintenance efforts?

Android doesn’t update its OS rapidly, unlike iOS. Moreover, a study found out that almost 50% of Android users are running an OS older than two years and do not wish to update it as well. However, Android apps require more coding time, which ultimately increases the spending, including costs entailed to fix bugs and software crashes.

Apple is more secure and safe when it comes to OS updates. Also, iOS takes bugs and app crashes very seriously. It means that if you find an issue about its OS, a new software update is just around the corner.

iOS vs Android: The Development environment

There is a vast difference in Android and iOS in terms of its integrated environment.

iOS relies on its XCode tool, which includes several bugs fixing tools, supporting features for a variety of iOS devices. So, practically, the development environment of iOS encourages the developers to code freely.

For Android, the development process relies on Eclipse, a third-party development utility product from IBM. Google’s Android Studio offers expansive features than that of IBM’s native tools. The former provides a development environment that supports cross-platform functioning, high readability, and a wide range of other debugging features.

iOS vs Android: Monetization of the app

If monetizing your app is one of the reasons why you’re building one, then you need to consider some key differences.

For Android users, they tend to be less willing to pay for an app when compared with iOS users. Android users mostly rely on in-app purchases and do not wish to spend money on buying apps, no matter its use and popularity in the market.

Apple App Store generates twice as much revenue as Google Play Store, despite having almost half the number of downloads. One of the reasons is because Apple devices are an expensive purchase and people want to keep using them for some amount of years. In terms of security and reliability, iOS apps are far better than Android apps.

Android devices are an affordable purchase, and their audience segment is highly diverse as well. Except for the utility segment, Android apps do not generate as much revenue as iOS apps.

The key takeaway, if you want to monetize your app without ads, based on subscriptions, free apps, in-app purchases, then Apple is the best bet you have.

iOS vs Android: Which one is better?

There are a lot of features that determine whether your app will have a successful run or not. The audience segment, who they are, the features your ideal users look for, the development time you have, the budget, and the monetization model, etc., are all things you need to consider when building an app for Android or iOS.

No matter the platform you choose, if your app has something that solves the pain points of the customers, then it will do good in the market.

You can start by building an app for one platform, and then maybe move on to the other one.