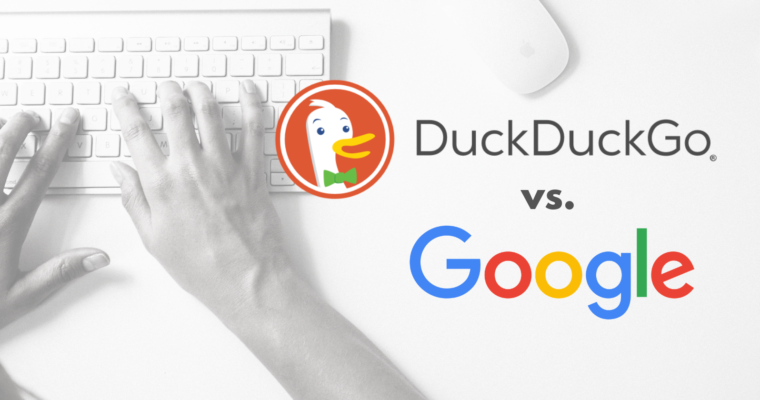 A Statista report read that Google owns more than 90% of the search engine market, and the other shares are owned by minuscule search engines like Bing. No matter the esteem popularity of the search engine, not everyone is a fan of Google search, due its humongous user data storage property. In the Google vs DuckDuckGo battle, one of the prominent tech billionaires, the CEO of Twitter, Jack Dorsey, don’t use Google Search, prefers DuckDuckGo as his default search engine.

Figure 1: DuckDuckGo, founded in 2008 by Gabriel Weinberg, is a very popular search engine. It distinguishes itself from other search engines like Google by not profiling its users and showing the same results for a given search query. It also doesn’t store its user information, and users can take control of their data.

Why is it So Important for Google to Store User’s Data?

It was during the summer of 2009 when Google was under fire for its data collection practices and user tracking. The privacy summit of 2009 was aimed to make users feel more in control. The summit was a turning point for Google, and successful venture too, however, the privacy controversies surrounding the top search engine could not be left undiscussed for a long time.

In the year of 2018, it was revealed by Associate Press that Google continues to store user location data on Android and iOS, even if it is paused by the users in their privacy settings called Location History. Furthermore, a study stated that Google Maps has stored more than 21 million gigabytes of data.

Everyone around the world knows that Google keeps tabs on what the users are up to through its devices, apps, and services. However, did you know that it keeps tracks on the places you go, the purchases you make, and everything else you do?

Two factors that play an important role are, the amount of data that Google has stored about it, and what does it do with it. What users need to understand is that Google is not a consumer software company or even a search company. It is an ad company, and the only way it can provide its users’ ad options is through an extensive understanding of the backgrounds, browsing habits, preferences, purchases, and other similar data. The success of its ad business can be speculated from the fact that Google’s parent company Alphabet reportedly touched the 1 trillion mark in revenue. More than 86% of that came from Google’s ad business.

Google’s business model is to collect as much data as they can and then try to link your online persona with your offline self. If Google does not keep a track on its users, it can lose its ad business revenue even impacting the local businesses that earn most of their customer base through Google. Called as ‘Surveillance Capitalism’, Google is a master when it comes to its ad business.

Figure 2: The following shows Google’s revenue amounted to 160.74 billion US dollars. The majority of Google revenue comes from its advertisements, amounting to 134.81 billion US dollars in 2019 (84% of the total revenue earned by Google). In June 2019, Alphabet, Google parent company, ranked fourth among worldwide internet companies, with a market capitalization of 741 billion US dollars.

It was during the start of 2020 when Google was fined with a record-breaking $5 billion due to its illicit practices of setting itself as the default search provider on its own operating systems. It seemed like a violation under the EU anti-trust rules. As a result, it has to change its practices and let the users choose their preferred default search engine when setting up their Android phones in the EU which have the Google search app built-in.

When the Android users in the EU boot their new phone, they will be presented with three Google options to choose as their default search providers. DuckDuckGo will be the top option in all the EU countries. Other alternatives will differ all across the EU but will mostly include Info.com, Yandex, Qwant, GMX, PrivacyWall, Givero, and Seznam.

Bing will be offered as a choice in the United Kingdom, probably because that is where the search engine has the most profitable business. This new Android version of the default search engine setting will be rolled out in March 2020, all across the European Union.

From March 1, 2020, EU citizens will be given four choices, including Google, to choose their default browser for searches made in Chrome, and through the home screen search box of the Android phones. The choice picked will be installed on the device.

According to the policies of Google, each provider needs to tells Google how much is it willing to pay every time they are chosen as their default search engine by the user. The three highest bidders in every country are shown, and the chosen provider has to pay the amount offered by the fourth-highest bidder. This process has to be repeated every four months. The choices offered by Google do not correlate with the popularity of a search engine in any region, rather how much is a provider willing to pay for users.

This is probably why Bing will only appear in the UK since the prospect of earning from search ads is likely higher in the region, as compared with the other lower-GDP nations in the EU.

The Most Famous Search Engines in the World

It might come as a surprise for many people, but Google is not the only search engine available on the internet. Moreover, with Google continuing storage of user data information, other search engines are taking advantage of the situation and rising up on the ladder of market share. One of the ongoing discussions is about Google vs DuckDuckGo. 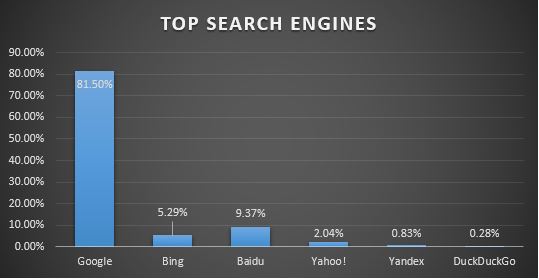 Figure 4: The following shows the top search engines in the world. Google holds the worldwide market share between 81.5% and 92.96%. Bing, Yahoo, Baidu, Yandex, and DuckDuckGo are the minorities in the search engine market.

The following are some details about the top search engines around the world:

Google Vs DuckDuckGo: Is the Latter a Better Option?

Google vs DuckDuckGo battle indeed is all about privacy concerns. But is it worth it?

Indeed, Google’s prowess at search and its successful running of advertisement campaigns have created a virtuous circle for them. It is a reputation that took some time to build, right from bigger indexes of web pages, to more servers, faster responses, and ever-changing algorithms. Adding elements like Gmail, Maps, and Chrome browser just garnered user attention to its neat and tidy search results. Google, until now, has ruled the technological advancements in the advertisement business, but its only fault is its weak privacy policies and storing of ample user data. It is a weak nerve for Google, where other search engines, prominently DuckDuckGo attack.

It sells users with its ‘Internet privacy and no storage of personal information ever’ proposition, the only place where Google lacks.

Google search is free to use but the only thing it asks is for, in return from its users is their information. This is how Google built its 100-billion-dollar empire based on ad business alone, all due to tracking and targeting of user information. 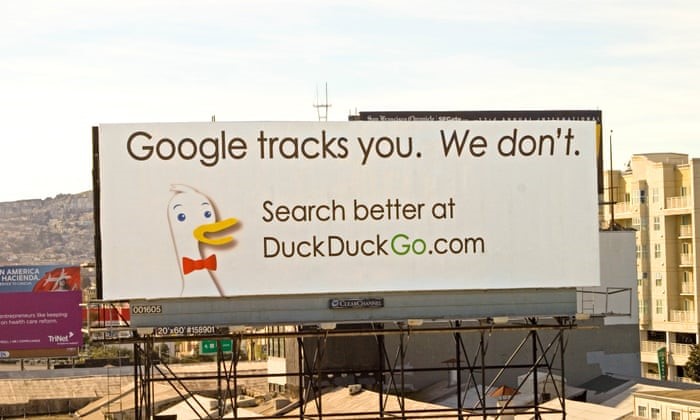 Figure 5: A PR stunt pulled by DuckDuckGo, scratching into the weak spots of Google.

With time, the tools and techniques for data gathering turned into a comprehensive set of algorithms, tracking every aspect of information, for both consumers and businesses. The rise of Big Data and companies offering such a prospect has only alleviated the level of user surveillance, which makes people uncomfortable. The fact that Google has been running its tech conglomerate is through its tracking of user information (even in Incognito Mode), which has brought new search engines, relaxing the privacy concerns, come into the picture.

Google search engines display unique content, offers built-in features, remember your search history, and can be integrated with your Google accounts and products. However, there are some demerits of using the search engine. These include:

The verdict: Google vs DuckDuckGo. Which one is better?

The answer to Google vs DuckDuckGo this question lies in your idea of the functionality of a search engine. If privacy is of prime importance to you, then DuckDuckGo is an ultimate winner. However, if you are more concerned with the product and quality of searches, then Google is the king. 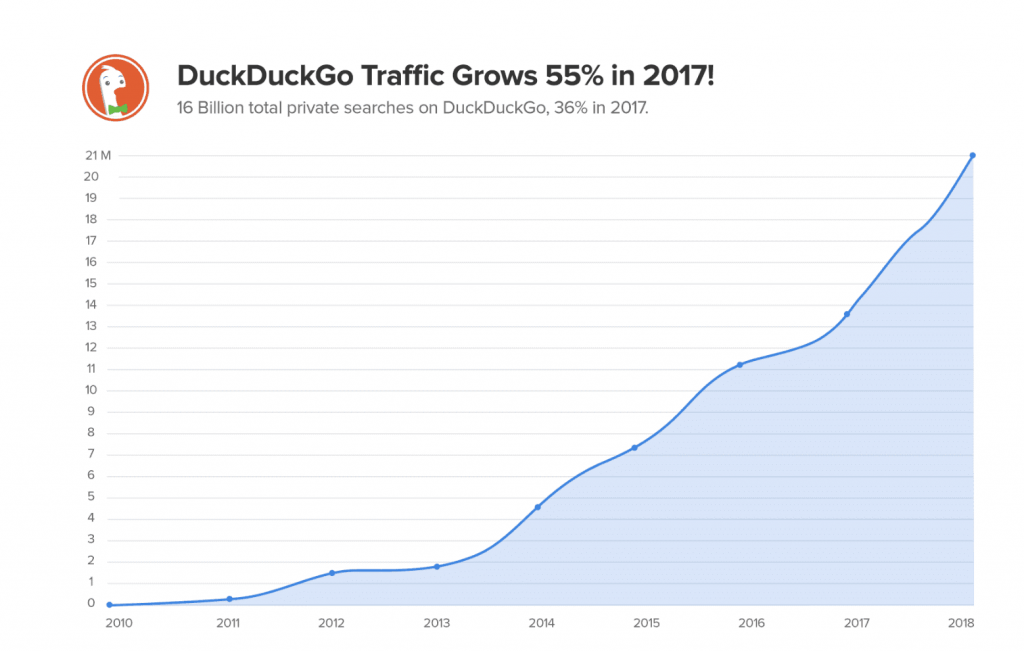 Figure 6: The following graph shows that there were 6 billion searches conducted on its site in 2017, which is a 50% increase from that conducted in 2016. Furthermore, the daily average number of searches in 2017 was around 19 million.

With more people learning the importance of privacy, data, and the rising number of cases related to the data security breaches, users are getting drifted to search engine options like DuckDuckGo. Furthermore, there are many countries where Google is not the default search engine browser anymore.

However, Google has expanded its business and its user base to such an extent that it is regarded as a gold standard search engine. Beating such a reputation is going to hard for any search engine. With Google funding researches related to AI, Big Data, Machine Learning, and other modern techs, it is already leveraging its ad business into an exceptional packaged product for users.