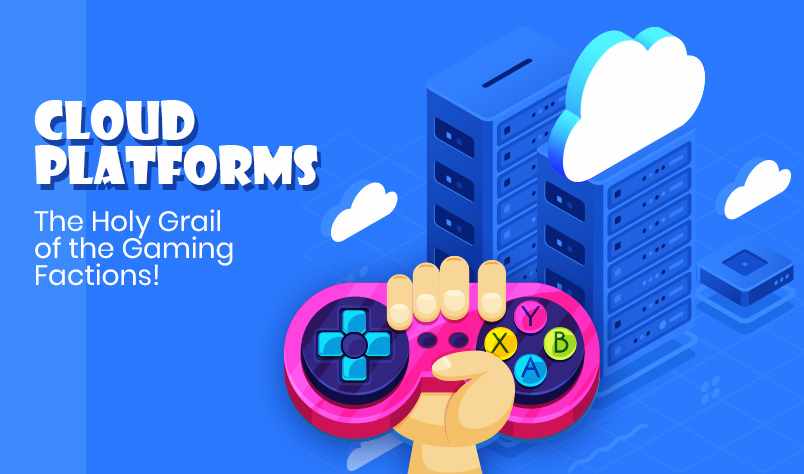 With the advent of cloud computing, data assortment and sharing are taken up to the next level by replacing the normal computation functions. With the usage of cloud features, all functions are appropriately managed for a superior gaming experience.

Along with better streaming video and music on TV platforms, Cloud provides laptops and tablets the power to handle heavy media platforms like Netflix, YouTube, and Spotify. It has become the predominant way of handling all connected devices. With this capacity of managing huge cloud libraries, content and its streaming can be handled quite appropriately.

With the presence of revolutionary NVIDIA GRID cloud play technology, users will be able to stream video games from any online platform than any other streaming media. GRID 3D games in cloud servers, encodes every frame instantly and streams the result to any device with a wired or wireless broadband association, making it a favorite aspect of gamers all over the world.

Google Stadia states: “The future of gaming is not a box”!

Cloud in Gaming is synonymous to cloud-based services being utilized each day for game services of Android, Chromecast and Chrome. Cloud gaming rests on two features: video streaming and cloud gaming via streaming.

Google inaugurated Stadia as a media and gaming streaming platform. With a unique system designed for “Let’s Play” and Twitch streamers, it offers functionality for recording highlights and editing videos and then finally uploading them. Google Stadia has opened the cloud platform for the Nintendo Switch, PS5 and Xbox Scarlett. Stadia means “stadium” and this platform has a variety of cloud-based infrastructural features wherein the game developers can write as well as style their gaming platform directly with Google’s hardware. With Stadia, cloud-based gaming platforms technically “stream” the data for display appropriately.

“Cloud gaming” is seen as the Holy Grail for the gaming and entertainment industry, as you have access to your gaming platform and features by providing the end-users direct accessibility.

Google Eyes Cloud “Future of Gaming”- But is the cloud big enough for tech giants such as Microsoft and Sony?

Google had plans for diversifying further on the gaming platform. It was always a matter of when and how? Google has managed to migrate with the vision of gaming future in mind. As per the latest research of Newzoo, the gaming industry will be expanding to $180 billion by 2021, with verticals such as PC, console and mobile gaming.  Furthermore Sony, Microsoft, and Nintendo currently own the most renowned gaming platform divisions.

The second question is about the hardware setup. If there is any cloud-run hardware, will it be interesting to see how Google does better at cloud gaming. It’s certainly a simple application for transferring all the data onto the cloud.

Beta run over for cloud gaming on Google’s Project Stream!

Compatibility to manage all gaming features on servers, videos across smartphones, tablets, micro-consoles and the flat pack comes with Cloud, a system that allows you to have smooth movement across gaming platforms.

Google’s Project Stream features heavy streamer integration, allowing you to play the game Assassin’s Creed Odyssey. The stream allows users to save files and initiate games from save points.

Google’s Project Stream also allowed you to join a streamer’s multiplayer feature with a single click. It’s interesting that Google offers options for better in-tune functions with video game streaming files. So, cloud gaming is referred to as the most feature-filled types of gaming, as it manages video streaming and files streaming as well. Cloud gaming aims to provide end users with frictionless and direct accessibility of games across multiple devices.

With major expansions of cloud technology into gaming, challenges pertaining to the security threats, latency and data mismanagement are being handled and taken care of by mega-corporates. Also, among the benefits of cloud gaming, players not only have better experience at lower costs but also better gaming options. Cloud gaming has major advantages in the hardware or data downloading areas, and it’s designed to be compatible with all operating platforms. With the capacity of handling completely offbeat and resource-heavy immersive games which can analyze player patterns and counter them with AI, cloud gaming is rightly becoming the rage over bulky consoles and incompatible platforms: it’s the new boss in the gaming world, and ready to take over!